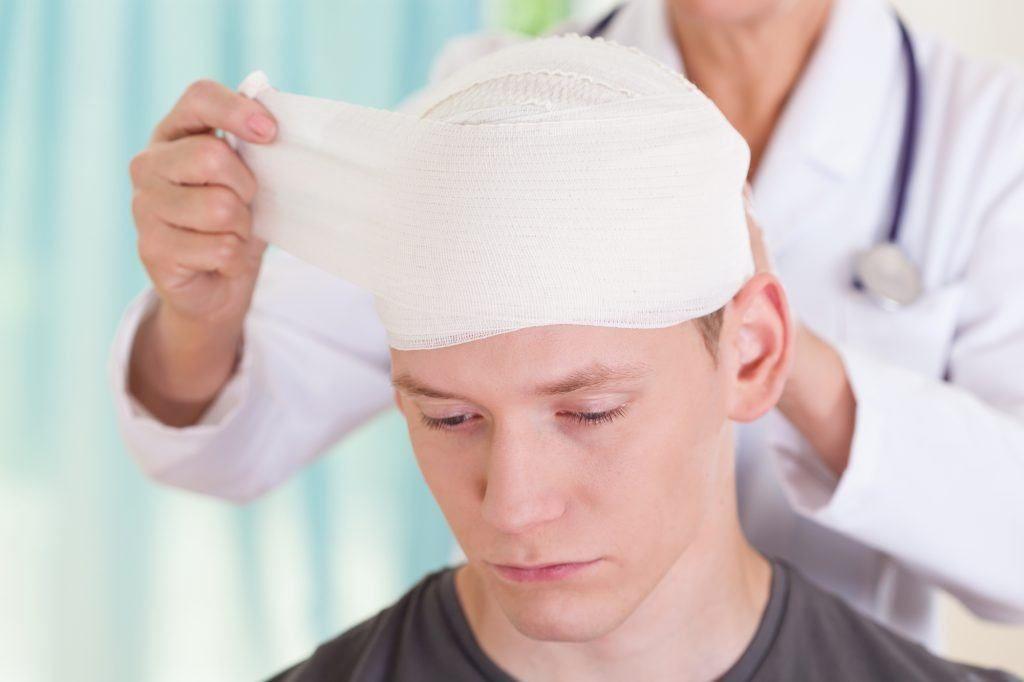 Head injuries are some of the most devastating injuries that can happen during a motor vehicle accident, fall or sports injury. This is because head injuries often damage brain cells which do not easily recover from an injury and permanent disability is the result.

A severe head injury can lead to permanent complications and expensive medical treatment. If you or a loved one has suffered a head injury in an accident as a result of another person's negligent actions, you have the right to purse compensation to cover your damages. Call our experienced head injury attorneys at (916) 921-6400 for your legal options. We offer free, friendly advice.

An Overview of a Traumatic Brain Injury

What is a Head Injury?

There is a wide spectrum of head injuries, from a mild concussion to those injuries resulting in coma and death. Head injuries do not necessarily have to involve the brain.

Among average people, about 1.5 million individuals suffer some kind of brain injury every year. About 5.3 million individuals at a time are suffering from the long-lasting effects of brain damage. Of these, 50,000 people die because of their brain trauma with medical costs and costs due to lost productivity being $48-$60 billion USD per year.

Other types of head trauma include a contusion. This is a bruising of the brain that can swell the brain and cause changes in mentation. Contusions are considered more severe than concussions. There are also hematomas that are collections of bleeding within the brain or just outside the brain. Depending on the site of the bleeding and the speed of the bleeding, a hematoma can quickly swell the brain, leading to herniation of part of the brain into the foramen magnum at the base of the skull, leading to death.

A skull fracture is another type of head trauma. It can occur with a penetrating injury to the skull or a strong blunt force trauma to the skull. The skull fracture can be linear and not cause much damage. It can also be comminuted or depressed, with fragments of bone-cutting into brain matter, leading to brain damage.

Symptoms of a Concussion

The symptoms can be transient over the course of a few hours, while some can last for weeks or even months, depending on the degree of brain trauma.

Symptoms of a Brain Contusion

These symptoms can come on sooner than a concussion and tend to be more severe in nature:

If there is prolonged loss of consciousness or pupillary differences, a doctor or emergency room should be contacted immediately.

Symptoms of a Brain Hematoma

These tend to come on fairly quickly as the hematoma builds up with the skull cavity but some hematomas caused by broken veins take longer to develop.

The greatest risk with hematomas is brain swelling which can lead to herniation and sudden death.

Symptoms of a Skull Fracture

A skull fracture may simply be painful without other symptoms or it can involve symptoms related to the brain itself. Here are some common symptoms:

If the skull fracture is serious and affects the brain, the symptoms become more severe and include:

Causes of a Brain Injury

Most brain injuries are of the blunt trauma type, while a few are from penetrating trauma due to gunshots and sometimes knives. The main causes of trauma to the brain include:

Diagnosis of a Brain Injury

A simple skull fracture can be diagnosed with a plain film x-ray. It can show the fracture in the bone but cannot tell whether or not the fracture has done any internal damage. For that, you need other diagnostics.

A CT scan is a form of x-ray that is manipulated by a computer to turn the images it sees into cross-sectional images that are read by the radiologist. The patient lies on a table while a large tube is passed over and around them. Sometimes contrast dye is used to get better pictures of the structures in the brain. It is a good test for picking up hemorrhages.

An MRI scan does not use x-rays but instead uses a strong magnet and radio waves to form an image that yields cross-sectional pictures similar to a CT scan. The MRI scanner looks a lot like a CT scanner except the tube is narrower and there is a loud machinery-like sound that happens when the MRI scanner is going. The MRI does a better job of picking up soft tissue details than the CT scanner.

Treatment of a Brain Injury

No two brain injuries are alike. Some are more stable and others require emergency surgery to drain hematomas before the brain herniates. When the patient is stable but unconscious and not breathing on his or her own, they need to be in the intensive care unit with a ventilator to breath for them. Other things used to treat unconscious patients in an ICU include:

After the patient recovers consciousness and is weaned off the medical devices necessary to keep them alive, they begin to recover. In acute rehabilitation, the person learns how to function on a day to day basis by learning the activities of daily living. They learn things like how to eat independently, how to dress oneself, toileting, how to walk, speaking and other activities that make up the day.

When the patient becomes well enough, he or she may be transferred to a post-acute rehabilitation facility or ward. There they strive for as much independence as they can get for life, for their job and for regaining relationships. This type of rehab channels the body’s normal healing powers and teaches the brain to learn what it needs to learn. Some eventually end up in day treatment to continue learning things that were lost at the time of the brain injury.

The video below explains how traumatic brain injuries are treated.

Brain injury can result in being in a persistent coma, being in a vegetative state or being in a minimally conscious state. There is a locked-in syndrome in which the patient has a brainstem injury that prevents a connection between their brain and their body. There can be seizures that last indefinitely and fluid buildup in the brain that causes brain swelling. Certain wounds can result in infections of the brain and there can be blood vessel damage that leads to strokes in the brain.

Damage to the cranial nerves in the brainstem can cause the following:

I’m Ed Smith, a Sacramento Traumatic Brain Injury Lawyer. If you or a loved one has suffered a head injury as a result of someone else's negligence and would like to discuss your legal options with an experienced Sacramento Personal Injury Attorney, contact us online or call us at 916.921.6400 or 800.404.5400 for free, friendly advice.

Editor’s Note: This page has been updated for accuracy and relevancy [cha 1.19.21]