Why is this important?
Home
About Us
Edward A. Smith 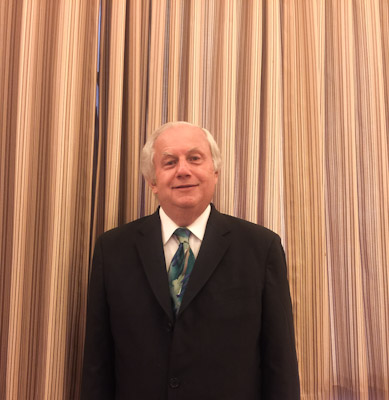 Edward A. Smith, founder of AutoAccident.com, has been awarded a 'superb' or 'perfect' rating of 10.0 by Avvo. This largely peer reviewed rating reflects his unrelenting commitment and personal dedication to his clients since 1982. Mr. Smith's legal practice, the Law Offices of Edward A. Smith, focuses exclusively on personal injury and wrongful death claims.

Avvo, the presenter of the award, is committed to providing consumers with an unbiased rating of attorneys in the United States. This rating is based on variables which include client reviews, success rate, publications produced by the attorney, awards, industry recognition and professional conduct.

In Addition, to his Avvo rating, Ed has 5 star reviews by the Yelp and Google communities and has over 3000 Facebook fans.

Mr. Smith has written several books in order to make the ins and outs of the insurance and legal world accessible to the public. His books, The Ultimate California Auto Accident Handbook and California Motorcycle Accident Handbook, are highly rated and available in paperback and Kindle format on Amazon.com. He has also been a frequent guest on radio and TV in California.

Ed is a member of Million Dollar Forum, an association of National personal injury lawyers who have multiple Million Dollar Verdicts and settlements. He's also a member of the National Association of Distinguished Counsel. Prospective clients should know the track record of personal injury lawyers that will represent them and We list our significant judgments and settlements on this site.

Ed's originally from Brooklyn, NY, and is enjoys his clients and his practice. He was married in 1978, and has a son, Brant, who really shines and a grandson, Mason.

When he is not being a Sacramento Personal Injury Lawyer, you will find Ed hiking in the mountains of Tahoe, snorkeling in Fiji or Playa Del Carmen or reading a great book over a glass of wine. Favorite authors are Ayn Rand, Gore Vidal, Osho and William Manchester.

We have an open door policy. That means anyone can stop in anytime for a cup of coffee and a chat. Come on down.

Choosing a Personal Injury Lawyer - Ed Smith - Sacramento Staff Biographies
Contact Us
Search
Personal Injury
Client Reviews
★★★★★
"Me and my wife; had a car accident. We were amazed how easy, professional, friendly attorney Ed Smith is along with his staff. Everybody is amazing. Thank you so much, we are very impressed!" Alex & Dinah M.
★★★★★
"Ed Smith and his office team took on a difficult personal injury case on my behalf and for the passenger in my car. Ed is a top- notch attorney. His staff couldn't have been more helpful and kind. No need to look elsewhere. I give Ed Smith my highest recommendation." Beverly
★★★★★
"Ed and Robert have been taking great care of my husband and I for the past 5+ years. They are always there when you have a problem and a quick resolution! Even when the issues have nothing to do with them. They are willing to help ease the pain off your shoulders. They are as good as it gets! Thank you again for everything." Annie T.
★★★★★
"Very professional. Great team, staff and service all around. Mr Smith was very honest, straight forward with his advice. He gives the word "attorney" an honest reputation. I will seek his council anytime, and would recommend him at the drop of a dime." Jeremy M.
★★★★★
"I would highly recommend Ed Smith to any friends or family in need of a personal injury attorney. Ed, and his staff, are very caring on top of being very experienced in this field. The staff always keeps you informed of the status of your case and they are always easy to reach by phone." Shannon D.
★★★★★
"Edward Smith law offices provide competent, thorough, and personable help for victims of personal injury. When you first meet the staff you know you contacted the right office. This law office treats clients like people. I recommend this office to anyone seeking representation regarding personal injury." David M.
View More
Submit a Law Firm Client Review