Why is this important?
Home
Resources
Breaking Through Government Immunity 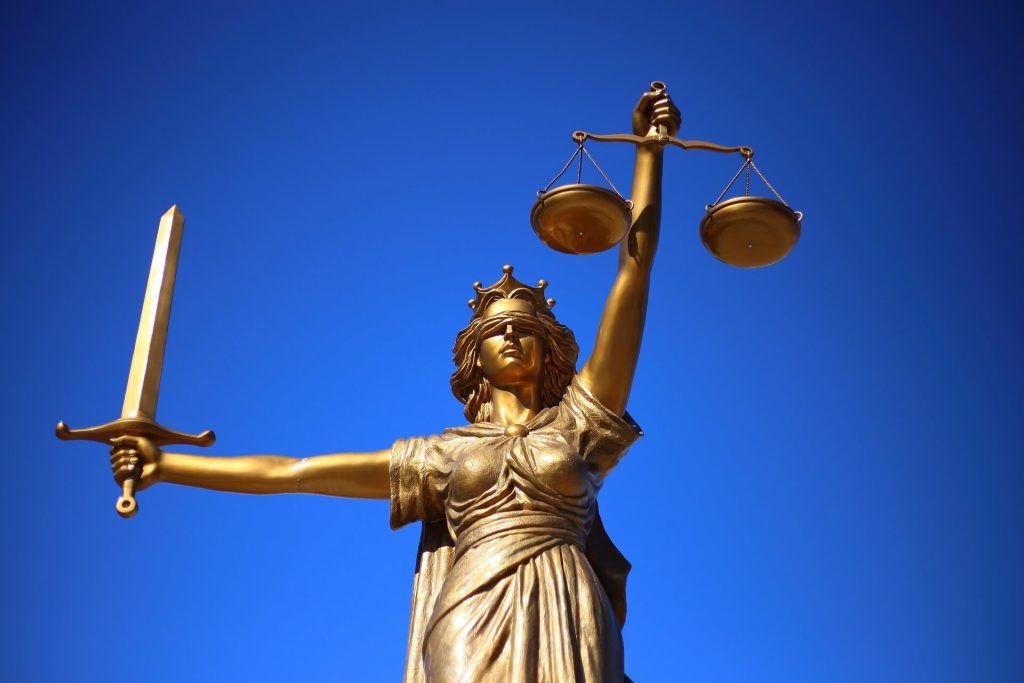 Breaking through government immunity is not only possible, but it also happens every day. Despite wrongdoing by public entities, in the past, local, state, and federal governments were immune to lawsuits. Today, governmental immunity is limited, and there are allowances to take the public entity to task for injuries that befall ordinary citizens. Granted, there are some hurdles that must be overcome, yet an experienced injury attorney can do just that. Breaking through government immunity is done by using a set of rules that have been laid down, called a statutory framework, that must be met. Let’s look at government immunity, how this veil of protection is pierced, and how a personal injury attorney can help.

What Is Government Immunity?

California and Breaking Through Government Immunity

The California Tort Claims Act (CTCA) upholds in part the idea that a government entity or one of its employees cannot be held responsible for injury to a person. However, the law also provides for a limited number of instances where the government entity may be liable, breaking through government immunity. This allows an injured party to sue the government. However, to do this, the injured party must follow strict rules governing such claims. This is referred to as a statutory framework.

There are rules that must be followed when filing a claim against a government entity or employee that deals with time limitations within the procedural process. They are as follows:

When Are Government Claims Necessary?

Under CTCA, personal injury damage done by a government entity or one of its employees while they were on the job is allowed for some claims and not for others. It is necessary to consult with your lawyer ahead of time when breaking through government immunity. Covered claims include car accidents, slips, and falls, medical negligence, bus accidents, intentional injury, and burns among others. Claims for medical expenses, lost wages and property damage can be filed. Punitive damages, or those meant to punish the wrongdoer, cannot be included in government entity claims.

When Can a Public Entity Be Held Liable?

When breaking through government immunity, there are specific types of cases where a citizen can file a claim against a government agency. These are when:

What Are Dangerous Conditions?

Under the California Tort Claims Act, a public entity can be considered liable if an injury on government property was caused by a dangerous condition. A dangerous condition is defined as one where a substantial risk of injury exists when the property is used in a way that is reasonably foreseeable or expected. If the property is deteriorated, defective, or physically damaged, its condition is considered to be dangerous. It is assumed that those in charge are aware of its presence or should be aware. However, the risk that the injury could happen should be reasonably foreseeable, giving the public entity ample time to repair it.

Situations That Embody a Dangerous Condition

There are certain hazardous situations that can be described as a dangerous condition. Some of them are:

When breaking through government immunity, the way in which the dangerous condition is described is important. If not done properly, the case may be thrown out of court on summary judgment. This occurs when one party petitions the court to say that the other party has no case. Another way in which the case may be disputed is when the plaintiff’s risk due to the dangerous condition is considered trivial. It is insufficient to only say there is a dangerous condition. Rather, it is important to elevate the factual existence of the risk to one that would be considered dangerous by augmenting its description with additional factors.

Example of a Dangerous Condition

Let’s say, for example, that a crack in the sidewalk caused a person to fall. An argument by the defense could be made as to the depth of the crack, instilling doubt it would be sufficient to trip a pedestrian. In addition, the possibility that the pedestrian could see the crack and was himself partly responsible might be raised by the defense. In order to defuse this argument, other factors could be noted that could strengthen the plaintiff’s argument. For instance, if the crack was due to the upheaval of tree roots near the sidewalk and leaves were likely to fall on the path, the risk of falling is more likely. In addition, the government entity frequently is responsible for tree root upheaval. By using this rhetoric when writing the complaint, the likelihood the case will proceed is stronger. An experienced personal injury lawyer will be able to frame the complaint to accomplish this.

The video below discusses in length why it's important to rethink government immunity.

Pitfalls of Breaking Through Government Immunity

While the California Tort Claims Act allows the public to file a claim against a public entity, there remain some instances where the government can still claim immunity. This is important to remember when describing the dangerous condition and its subsequent liability. Some of the areas where the government claims immunity are:

Case Law - Gardner vs. the City of San Jose

In 1961, a 15-year-old girl and two male friends were walking home on Naglee Avenue, a street that was heavily traveled. At one point, they crossed the intersection of Dana and Naglee Avenues without the benefit of proper illumination, crosswalk markings, or stop signs. An underground pedestrian crosswalk was available, but the plaintiffs did not use it. They crossed three abreast with the girl between the two boys. The girl was ahead of them by one step and was struck by a car traveling on Naglee at 20 mph. She suffered a traumatic brain injury and amnesia as a result.

Witnesses to the accident said the lights in the underground pedestrian crosswalk were off, something the city eventually admitted. Other witnesses stated that the lights were often off in the underground thoroughfare. Others testified that there was obscene writing lining the walls of the subway area, and it often smelled of urine. Because of this, the subway itself was considered to be dangerous or unsuitable by many pedestrians.

Since the subway was constructed for pedestrian traffic, attorneys pointed out that this indicated the city believe the streets in the intersection were indeed dangerous. Without street signals, pedestrians were reliant on the rule of right-of-way when they were crossing above ground. In essence, both the drivers and the pedestrians had the right-of-way. The fact that no warning signs, proper illumination, or other traffic signals were used in the intersection became crucial in the case since the underground subway was not maintained properly. By building the subway and failing to maintain it, the city’s lack of maintenance made the street all the more dangerous.

The defense said it was the plaintiff who decided to take the overhead route rather than the subway, although it appeared that she still took care when crossing the intersection. The city, in this case, failed to maintain the subway, making it unsuitable for pedestrian traffic. The jury found in favor of the plaintiff and $90,000 was awarded. Here, the surrounding circumstances were helpful in winning the case.

How a Lawyer Can Help in a Case Against the Government

It is important for an individual when going up against a public entity to follow the statutes as to time and to structure an argument that is strong and does not lend room for the government to claim immunity. A personal injury lawyer seasoned in breaking through government immunity can investigate the accident and work to phrase their arguments to incorporate not just the facts of a dangerous condition but also additional, fortifying circumstances. An injury attorney can review plans for the property and make sure that the structures, roads, or crosswalks conformed to the approved design. The use of engineers to support the findings is also important.

The video below provides more information on what to look for when choosing a personal injury lawyer for your case.

I’m Ed Smith, a Sacramento personal injury lawyer. When injured by a dangerous condition on public property, an injury lawyer can provide helpful insight. Call me at (916) 921-6400 in the city and (800) 404-5400 nationwide for free and friendly advice. It might be easier for you to contact me online. Just fill out the convenient contact us form on my website, AutoAccident.com.

Editor’s Note: This page has been updated for accuracy and relevancy [cha 8.11.20]

Government Vehicle Accidents Government Entity Claims for Road Defects
Contact Us
Search
Personal Injury
Client Reviews
★★★★★
"Me and my wife; had a car accident. We were amazed how easy, professional, friendly attorney Ed Smith is along with his staff. Everybody is amazing. Thank you so much, we are very impressed!" Alex & Dinah M.
★★★★★
"Ed Smith and his office team took on a difficult personal injury case on my behalf and for the passenger in my car. Ed is a top- notch attorney. His staff couldn't have been more helpful and kind. No need to look elsewhere. I give Ed Smith my highest recommendation." Beverly
★★★★★
"Ed and Robert have been taking great care of my husband and I for the past 5+ years. They are always there when you have a problem and a quick resolution! Even when the issues have nothing to do with them. They are willing to help ease the pain off your shoulders. They are as good as it gets! Thank you again for everything." Annie T.
★★★★★
"Very professional. Great team, staff and service all around. Mr Smith was very honest, straight forward with his advice. He gives the word "attorney" an honest reputation. I will seek his council anytime, and would recommend him at the drop of a dime." Jeremy M.
★★★★★
"I would highly recommend Ed Smith to any friends or family in need of a personal injury attorney. Ed, and his staff, are very caring on top of being very experienced in this field. The staff always keeps you informed of the status of your case and they are always easy to reach by phone." Shannon D.
★★★★★
"Edward Smith law offices provide competent, thorough, and personable help for victims of personal injury. When you first meet the staff you know you contacted the right office. This law office treats clients like people. I recommend this office to anyone seeking representation regarding personal injury." David M.
View More
Submit a Law Firm Client Review