Why is this important?
Home
Resources
The Tricks Insurance Companies Play and How We Deal with Them
Auto Coverage and First-Party vs Third-Party
Auto Insurance: Types and Purpose of Coverage
Pain and Suffering – General Damages in Bodily Injury Claims 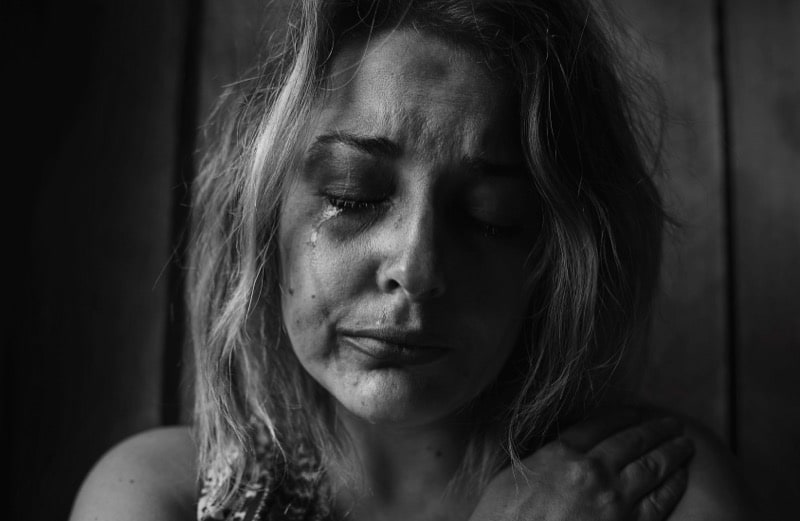 What Are Pain and Suffering Damages?

There are two general categories of recoverable losses or "damages" in personal injury claims – economic or "special" damages and non-economic or "general" damages.  As the names "economic" and "non-economic" suggest, the main difference between these two categories is whether or not they have obvious dollar values that can be attached to them.

Medical expenses and wage losses, for example, are economic/special damages – they have fairly clear dollar values and evidence supporting those values.  Although bodily injury liability insurance adjusters will certainly argue over what are and are not appropriate values for medical bills and wage losses, there are medical bills that support the value of the medical expenses. There are pay stubs and other payroll records that support the value of lost wages.  Even predicted future medical expenses and future income loss fall into this "economic" damages category, because – although they are predicted and not actual -- there are still current bits of evidence such as the average costs for different predicted medical procedures and current income patterns that support these losses.

Non-economic or "general" damages, on the other hand, do not have specific dollar-value evidence – the evaluation of these damages is based upon negotiations between a claimant or his/her personal injury attorney on one side and a bodily injury liability insurance adjuster and/or defense attorney on the other side.  Or, if there is no agreement on valuation through negotiations, then it becomes the responsibility of a jury or arbitrator to determine that value. "Pain and suffering" is often used as a catchphrase to summarize the categories of general damages, but there's actually a bit more to it than just those two elements.  In a trial, the judge will issue instructions to the jury about how they are to weigh the evidence and come to their conclusions.

The standard jury instructions in California for general damages include such factors as:

How Are Pain and Suffering Damages Proven?

Just as there are several different categories of "pain and suffering" general damages described above, there are also several different ways in which the individual elements can be proven.  Some may have very straightforward supporting evidence.  For example, in a case of an injury that has resulted in scarring or loss of a body part, simple photographic evidence can display to a bodily liability insurance adjuster or to a jury the nature and severity of the resulting disfigurement.  Supporting evidence in a scarring case may include medical reports or testimony describing the likely future appearance of the scars, what the likelihood is of surgical procedures or other treatment improving that appearance, and so forth.  Occasionally, a direct meeting between the injury victim and the insurance adjuster or defense attorney can be the most effective way of impressing upon them the nature and severity of such a disfigurement.

Loss of Enjoyment of Life

Other categories of "pain and suffering" general damages have somewhat less direct "scientific" supporting evidence and require more effort at developing proof.  Loss of enjoyment of life is one such element.  Some elements of this loss may be supported by the injury victim's own words to his/her doctors regarding the negatives impacts the injuries have had.  For relatively common and less severe injuries, these records of the victim's "subjective" reports to the doctors may be adequate to prove their "loss of enjoyment of life." If the medical record reports of victims' sprained back preventing them from participating in their favorite sports for some time or having physical difficulty interacting with their children for a couple months before recovering from their injuries, then this type of evidence may be sufficient.  With more severe injuries, however – and especially with permanent injuries – more evidence may be needed to prove "loss of enjoyment of life" claims.  In these cases, an experienced personal injury attorney will seek testimony from the injury victim's family, friends, and co-workers that describe the victim's previous level of activity and what negative impacts the injuries have had upon their lives.  In some cases, a personal injury attorney may even have something such as a "day in the life" video of their client produced to highlight the impacts of these injuries.

How Are Pain and Suffering Damages Calculated?

The short answer is, they're not.  Or rather, there's no specific formula, guideline, or reference chart that can be used to calculate general damages.  The valuation of general damages is somewhat more art than science and is one area where an experienced personal injury attorney can be of significant benefit to clients.  The assumption is that the value of these damages is more or less in proportion to their severity.  A severe injury will have greater "pain and suffering" value than a moderate injury, which will have a higher value than a minor injury.  Permanent injuries will have greater "pain and suffering" value than similar injuries from which the victim completely recovers.  Other elements of general damages may vary in value depending upon how the factor impacts the specific victim.  For example, a two-inch scar on an injury victim's face will generally have greater general damages value for "disfigurement" than would the same two-inch scar have if on the part of the victim's body that isn't as visible to the world.

The Jury Will Decide

Ultimately, the valuation of general damages is up to juries.  This is done directly in a personal injury case that goes to trial – an experienced personal injury attorney will put forward evidence such as discussed above to the jury to persuade them as to the severity of their client's general damage elements, including pain and suffering.  The attorney may put forward different dollar valuations for what general damages they believe should be awarded.  They will likely refer to the medical records describing the injuries, photographs of the injuries, testimony from family and friends as to impacts on the victim's life, and so forth.  The opposing defense attorney may (or may not) attempt to minimize the severity of these general damages.  Then it's up to the jury to decide.

The results of these jury decisions are also recorded and studied by both bodily injury liability insurance companies and their adjusters and defense attorneys, as well as by experienced personal injury attorneys.  Although this data doesn't provide strict formulas or guidelines for valuing pain and suffering awards, it certainly does inform the process. It is often used by bodily injury insurance adjusters and personal injury attorneys in the negotiations of claims that resolve without having to go to trial.

To learn how injury lawyers deal with insurance companies and their claim tactics, see:

Photo by Kat Jayne from Pexels
:GM cha [cs 1274]
Contact Us
Search
Practice Areas
Client Reviews
★★★★★
"Me and my wife; had a car accident. We were amazed how easy, professional, friendly attorney Ed Smith is along with his staff. Everybody is amazing. Thank you so much, we are very impressed!" Alex & Dinah M.
★★★★★
"Ed Smith and his office team took on a difficult personal injury case on my behalf and for the passenger in my car. Ed is a top- notch attorney. His staff couldn't have been more helpful and kind. No need to look elsewhere. I give Ed Smith my highest recommendation." Beverly
★★★★★
"Ed and Robert have been taking great care of my husband and I for the past 5+ years. They are always there when you have a problem and a quick resolution! Even when the issues have nothing to do with them. They are willing to help ease the pain off your shoulders. They are as good as it gets! Thank you again for everything." Annie T.
★★★★★
"Very professional. Great team, staff and service all around. Mr Smith was very honest, straight forward with his advice. He gives the word "attorney" an honest reputation. I will seek his council anytime, and would recommend him at the drop of a dime." Jeremy M.
★★★★★
"I would highly recommend Ed Smith to any friends or family in need of a personal injury attorney. Ed, and his staff, are very caring on top of being very experienced in this field. The staff always keeps you informed of the status of your case and they are always easy to reach by phone." Shannon D.
★★★★★
"Edward Smith law offices provide competent, thorough, and personable help for victims of personal injury. When you first meet the staff you know you contacted the right office. This law office treats clients like people. I recommend this office to anyone seeking representation regarding personal injury." David M.
View More
Submit a Law Firm Client Review