Why is this important?
Home
Resources
The Tricks Insurance Companies Play and How We Deal with Them
Auto Coverage and First-Party vs Third-Party
Auto Insurance: Types and Purpose of Coverage
Medical Bills in Bodily Injury Claims 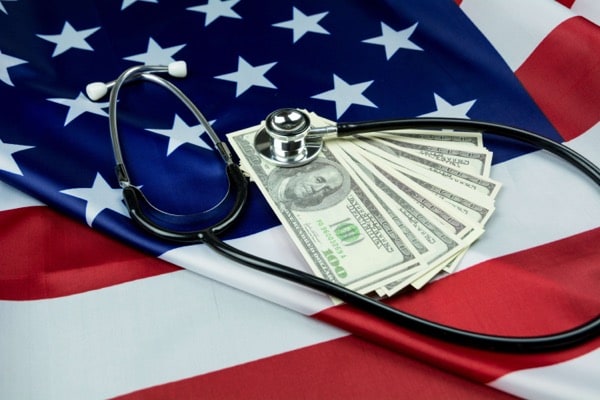 There is no “magic formula” for calculating the value of a personal injury claim, though many insurance companies claim that there should be.  In fact, some of the major auto liability insurance companies have spent a good deal of time, effort, and money developing computer programs such as “Colossus” that pretend to do this type of calculation.  In reality, these efforts ultimately fail or at least significantly miss the mark, because injuries – and the pain and suffering they cause – vary in severity from person to person and cannot easily be reduced to simple numbers and calculations.  (Of course, the insurance companies also developed these computer programs to artificially decrease the amounts offered for injury claims and to reduce their own staffing costs by “automating” the evaluation process and taking it out of the hands of many adjusters.)Value Factor of Actual Injuries

But some numbers related to personal injury claims do have significance, and medical bills typically are near the top of the list of important claim value factors.  In most personal injury claims, the most critical claim value factor is the nature of the actual injuries that the victim suffered and that was diagnosed by the victim’s physicians.  In a very general way, a severe brain injury will usually have a higher claim value than a broken bone, which will usually have a greater claim value than a sprained ligament, and so forth.  We as potential members of a jury – and juries are always the ultimate authority on the values of injury claims – can have some common sense understanding of the difference in severity, impact, and outcome of these different types of injuries.  Usually, an injury victim’s medical expenses will be the second-most important factor (after the diagnosed injuries themselves) in valuing their injury claim, first because the expenses are an actual item of economic or “special” damages that the victim can recover dollar-for-dollar from the person(s) who are legally liable for the damages. And second, because the expenses tend to clarify the severity of the injuries by showing how much medical treatment the victim had to undergo to deal with the injuries.

How Bodily Injury Claims Are Handled

In the same way that we can present a bill for our damaged automobile’s repair work in a body shop to the insurance company for the driver who caused the damage in expectation of reimbursement for those repair charges, the insurance company is also responsible for reimbursing us for the cost of the medical care we received for our own personal injuries from the same accident.  Because of the way that bodily injury claims are handled, however, we won’t receive prompt payment for medical expenses the way we usually will for property damage claims.  Bodily injury claims are typically much more complicated. Instead of taking into account only one factor (a repair bill or a total loss valuation) the way a property damage claim does, a bodily injury claim will need to account for multiple factors:  the injuries, medical expenses for those injuries, wage loss or earning capacity loss resulting from the injuries, loss of consortium, pain, and suffering, and potentially future amounts for these items if the injuries are permanent or long-lasting.  Since there is only one final resolution of the claim – whether by settlement negotiation, arbitration award, or jury verdict – all these claim items are usually paid at once in a single check at the end of the claim.  We won’t usually receive interim payments on our medical bills for a claim, just one lump sum settlement payment for everything at the end.

Additionally, the amount of economic damages a personal injury claimant may receive for medical expenses is frequently not the face value of the total billings.  The rules for how these medical expenses are valued in a personal injury claim or lawsuit vary considerably from state to state.  The general rule in California is that an injury victim is entitled to compensation for the actual dollar value of out-of-pocket payments (co-pays, health insurance deductibles, pharmacy payments, etc.) and for most medical bills they incur which are owed directly to the physicians and are not covered by health insurance -- bills that the injury victim is individually ultimately responsible for paying off.  However, for medical bills that are covered by health insurance – either private insurance through an employer or that is individually purchased, or public insurance plans like Medicare and Medi-Cal – injury victims in California are generally able to recover only for the portions paid by their insurance company or out of pocket.  So for example, if an injury victim goes for treatment at an emergency room and the hospital generates a bill for $1,000 of which the victim pays a $100 co-pay, their health insurance pays $500. The hospital writes off the $400 balance, the injury victim would generally be entitled to compensation of ($100 co-pay + $500 health insurance payment) = $600, not the full $1000.

Bodily injury insurers will also keep a close eye out for the amounts being charged by physicians.  If the charges are unusually high – if a doctor is charging $500 for a treatment that most other doctors in the area are charging $100 for – then they may have good reasons to challenge the amounts being billed.  More often, however, the insurance companies will make much less reasonable arguments over medical bills that are in the “normal” range for a region but which are higher than their preferred notion of “appropriate.”  In both these cases, an experienced personal injury attorney will keep a close eye on the doctor’s bills and be willing to argue with the insurance company over their “reasonableness” to make sure that a client’s personal injury claim receives appropriate compensation for the bills and to make the sure the client isn’t ultimately being asked to pay medical bills that may be excessive out of their settlement funds.

Providing proof of medical bills for treatment that an injury victim has already had is usually quite simple – submitting medical records that describe the billed treatment and which indicate the treatment was for injuries suffered in the accident is usually sufficient.  The bodily injury liability insurance adjuster may want to argue over the reasonableness of the charged amounts or over what portion the victim is entitled to be compensated for. Still, if the charges were for treatment clearly related to the accident, they will usually be included in the claim value.  Some things that are more likely to prompt arguments, however, are charges following gaps in treatment – where an injury victim has stopped receiving treatment, then starts up again weeks or months later -- or bills for unusual or experimental treatments.  A personal injury victim who has an attorney should always discuss with their attorney when they are anticipating concluding or changing their treatment programs.  Doing so when they haven’t yet fully recovered or doing so against the advice of their doctors can not only have negative health implications but can also significantly damage their personal injury claims.

It’s also sometimes necessary to take into account the expected cost of future treatment that may be necessary for dealing with an injury victim’s ongoing problems.  Since some injuries are permanent and many injuries have long-term consequences, it is often the case that an injury claim is resolved before the victim has completed all treatment and received all the medical bills anticipated for that treatment.  In relatively simple cases, this may just need a letter or report from the claimant’s doctor indicating the doctor’s expectation for future treatment and its likely cost.  In more complicated cases – especially those with permanently disabling conditions that may require extensive long-term care – this may require the involvement of medical billing experts who can project out costs over time and economists who can reduce those costs to present dollar values.  Making sure that an injured claimant is compensated adequately for future medical expenses is an essential service that a personal injury attorney can provide to clients.

Finally, if you’ll recall above where we noted that medical expenses have a secondary function as an indicator of the “severity” of the injuries – the notion being that worse injuries require more treatment, which results in more medical expenses – and as this factors into the pain and suffering portion of a claim’s value, it will become apparent that one way in which bodily injury insurance companies will try to reduce injury claim payments on the pain and suffering or “general” damages element is to argue down the dollar value of past and future medical expenses.  If they can “nickel and dime” down the claim value of medical bills on a claim by 10%, for example, they not only save on the 10% of the charges not being paid to the claimant, but they also can use this reduction to argue down the value of the pain and suffering element of the claim as well.  An experienced personal injury attorney will hold the line here, refusing unjustified reduction in medical bill evaluations that are likely to spill over into inadequate claim settlements.

To learn more on insurance claim tactics, click on the links below:

Photo by Bermix Studio on Unsplash