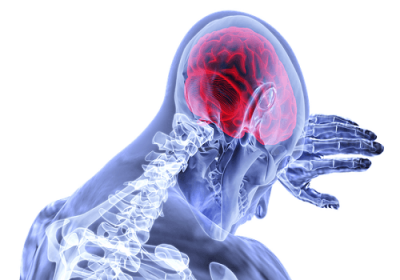 Experience Helps When Proving TBI to a Jury

Mild brain injuries vary in intensity and the effects they have on people. This variability makes it challenging for the injured party and their family, their lawyer, and the jury in a civil court case. To convince a jury that a client suffered due to the negligence or misconduct of another, it is necessary to understand how the injury affected them. That means that the injured party must sort out how the injury affected them and how they changed because of the damage. Further, a lawyer must convey that information in a logical and informative way to the jury.

The first step is to find a good source. The Centers for Disease Control and Prevention publishes informative data on this condition. They define mild traumatic brain injury as one where a person suffered blunt trauma to the head or experienced rapid acceleration and deceleration to the upper body. According to the CDC, a person will experience specific symptoms as a result.

Some of the physical symptoms a person will experience after a mild traumatic brain injury are:

Those with mild traumatic brain injury also experience a myriad of behavioral issues such as:

Mild TBIs have been referred to as silent. This does not mean that the problems associated with a TBI are not significant and life-altering. Instead, it means that many people are unaware of the type of damage a TBI can cause, and this leaves the observer unable to spot the symptoms. Because of this lack of knowledge, the physical and behavioral issues resulting from a TBI are not attributed to brain injury and often mistakenly blamed on cognitive or behavioral deficits.

How Many TBIs Occur

Annually, 2.5 million people experience a traumatic brain injury. However, only 16.67 percent are hospitalized. Instead, 2.2 million of those injured with a TBI are treated in the emergency room and released. Of the remainder, 280,000 people are admitted to the hospital, and 50,000 die. It is believed that many more head injuries are never seen in the emergency room and are left untreated.

Tests May Not Indicate the Extent of Damage

Seventy-five percent of all TBIs are mild. One of the tests that ER doctors rely on to determine the level of consciousness is the Glasgow Coma Scale. The results help to gauge the severity of a brain injury. Even if the test suggests minimal harm, it does not mean that severe intracranial damage has not occurred. The same is true of the Standardized Assessment of Concussion.

Post-concussion syndrome is a complicated disorder where symptoms such as dizziness and headache persist after the brain injury has healed. It might last for weeks or months after the initial injury. When the symptoms do not resolve as expected in 36 months, the condition may be permanent.

Decreased Blood Flow in the Brain

An article published in PLOS ONE, a respected medical journal,  discussed the problems in detecting brain damage after a TBI with routine tests. When conventional MRI and CT studies are done on a TBI patient, a brain abnormality might not be apparent. The study pointed out that if a specialized type of MRI called a 3D-PCASL is done during the injury’s subacute phase, blood flow in the brain can be analyzed.

If routine CT and MRI scans are unlikely to show an abnormality in a mild traumatic brain injury, then it is necessary to find another way to determine whether brain damage exists. The study mentioned above suggests that determining the amount of cerebral blood flow is an effective way to see if the brain is damaged. Generally, an increase in cerebral blood flow indicates more extensive brain damage accompanied by severe symptoms.

The timing of the test is an essential consideration in TBI. Performing tests at different times after injury might show different results.

Determining damage is a complicated and challenging process that is undergoing many changes as doctors realize the limits of previous test methods. By developing better diagnostic procedures, physicians will be better equipped to treat patients, and lawyers will have proof of a mild traumatic brain injury.

How to Prove a Mild TBI Caused Damages to a Jury

One of the tasks an attorney has is convincing a jury that their client was injured. It stands to reason that the defendant will try to prove the opposite. Here are some ways a lawyer can use data to help their client:

Under California Code of Civil Procedure 2032.220, a defendant may ask for a physical exam of the plaintiff under the following conditions:

When your attorney is talking to the jury, they use all the information they have at their disposal to show that the defendant harmed their client. In personal injury cases involving traumatic brain injury, evidence of damage and medical studies are crucial.

At our firm, we use a two-tiered system to delve into a client’s accident injury and produce a robust legal case. The first tier deals with how and why our client was injured. In order to prove the at-fault party was liable, our investigators examine the accident site. If a car accident caused the TBI, they interview witnesses, do accident reconstruction, and obtain video footage from various sources.

Once this information is compiled, the second tier begins with our legal team developing the case against the defendant. If the injury involves a TBI, our lawyers use medical evidence such as described above to show the degree of injury our client suffered to the jury.

I am Ed Smith, a Modesto Brain Injury Lawyer. Brain injuries are serious, and taking on an insurance company or providing adequate evidence to a jury requires an attorney with experience. Call me at (209) 227-1931 or (800) 404-5400 for free and friendly advice. You can also reach out to me online.

I am proud to belong to the following organizations:

Learn more about my practice on the pages indicated below:

Image by VSRao from Pixabay