Why is this important?
Home
Resources
The Tricks Insurance Companies Play and How We Deal with Them
The Insurance Industry and Individual Companies
Farmers Insurance 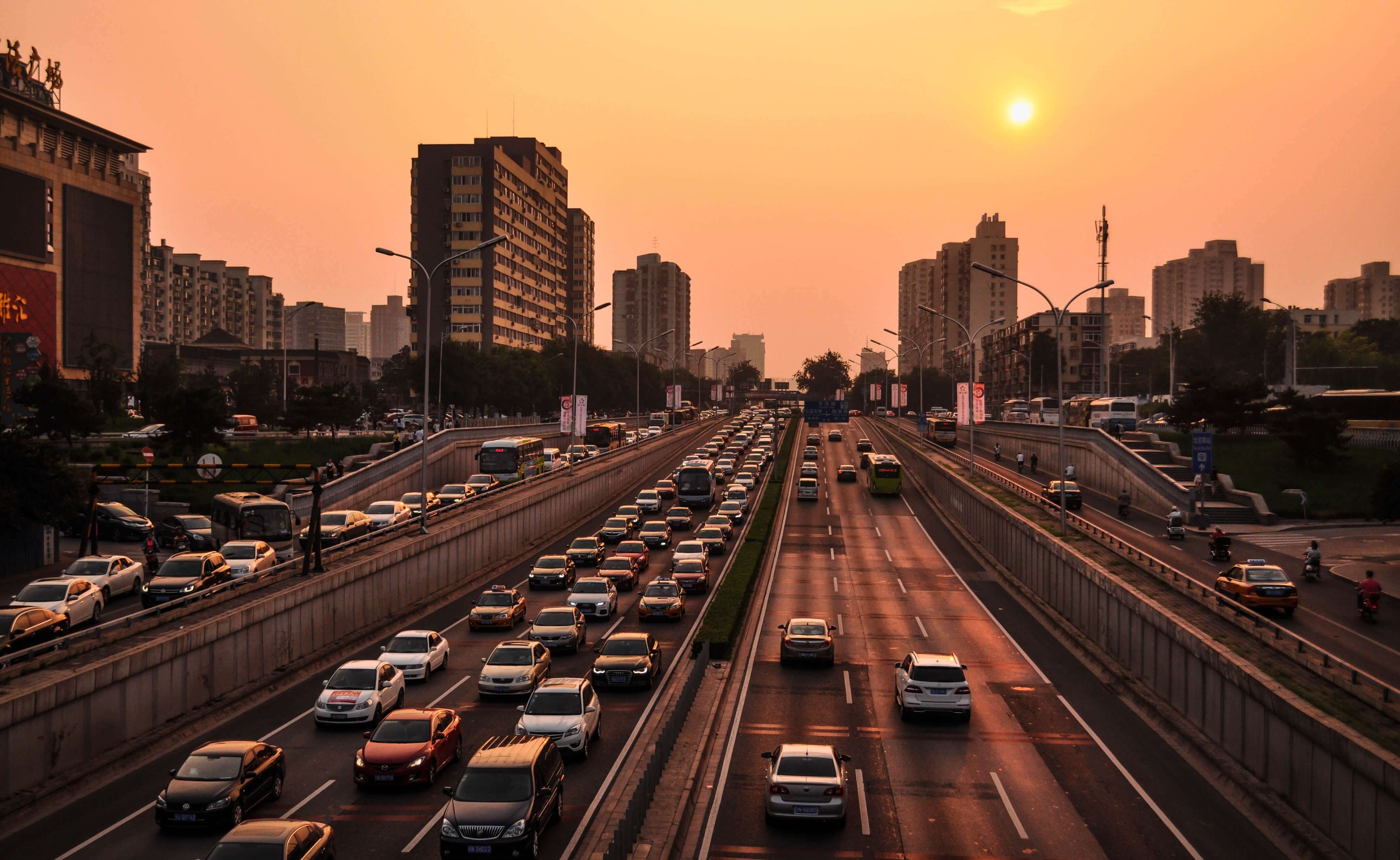 Farmers Insurance Group, which also sells automobile liability coverage through its Foremost, Mid-Century, Bristol West, and 21st Century brands, offers a variety of insurance and financial products, but primarily is an auto and property insurer for individuals and small businesses in the United States.  It was initially a "reciprocal insurance company," a business form somewhat similar to the many "mutual" insurance companies in which the policyholders were also the business owners.  Since the 1980s, however, Farmers has been owned by one or another corporate conglomerate.

Farmers Insurance is well-known from advertising efforts such as its recent television ads featuring actor J.K. Simmons, its sports sponsorships in professional golf and auto racing, and its red, white, and blue shield-and-sunburst logo.

Who is Farmers Insurance?

Farmers Insurance was the seventh-largest automobile liability insurer in America as of 2018 in terms of total auto policy premiums collected (about $10 billion that year).   The company has more than 20,000 employees and about 50,000 agents nationwide.

Farmers Insurance was started in the late 1920s by a pair of founders who believed that farmers and other rural drivers were getting a bad deal on auto insurance that was being offered by city-based insurance companies who also insured higher-risk urban drivers.  This was apparently a common trend at the time, with other auto liability insurance company giants of today, including State Farm and American Family Insurance, also starting out focusing on farmers, ranchers, and other rural drivers.  Farmers Insurance was started in Los Angeles, and it still has its headquarters in the Woodland Hills neighborhood of that city.  After a series of corporate acquisitions and restructurings in recent decades, Farmers is now owned by Zurich Insurance, a global insurance and financial services conglomerate from Switzerland.

What Are Some Claims Practices of Farmers Insurance?

Beginning in the 1990s, many major auto liability insurance companies began experimenting with computerized systems for handling and evaluating injury claims.  The most widespread and popular software program that was eventually developed is called "Colossus" and was created originally for Allstate Insurance.  Other insurers either acquired the same software or developed similar programs – Farmers Insurance is one that chose to stick with the Colossus application for its injury claims.  Because these applications are data-driven, they tend to over-rely on claims information that can be reduced to simple numbers and "yes or no," check-the-box factors.  This tends to have them produce wildly inaccurate results when looking at the effects on different injury victims – and of course, every person who suffers a personal injury is a unique individual, not a computer-driven "average" victim for whom simple number crunching will suffice.  Claims software like Colossus can also be misused to simply "dial down" the claim dollar values being assigned to particular injuries.

All insurance companies will skirt the edge on certain claims practices.  They are significant, number-driven, money-making operations, and anywhere they can find an extra percent or two to save is something they'll consider jumping on.  Many auto insurance companies will seek to save not only on personal injury claims but on associated vehicle damage claims, as well.  Farmers found itself the defendant in a class-action lawsuit in Washington state (Moeller v. Farmers Insurance Company of Washington) for alleged failure to pay "diminished value" on many auto damages claims it handled by not providing payment for the pre-damage to post-damage change in resale value for the vehicles.

In the case of Goddard v. Farmers Insurance of Oregon, Farmers found itself on the losing end for another common claims practice of auto liability insurance companies – stonewalling, in this case, on a wrongful death claim.  Insurance companies understand that hanging on to claims money for a more extended time will allow them to make additional earnings off the invested money, so tactics like lowballing, unfairly denying claims, and simply stretching out the claims process by stonewalling is immediately profitable for them.  In this Oregon case, however, it resulted in a $20 million punitive damage award against Farmers at trial for their "bad faith" practices.  Although this amount was eventually reduced, the Oregon Supreme Court still found a $2.5 million punitive damages award to be appropriate.

The Law Offices of Edward A. Smith handled a case a few years back in which Farmers Insurance was the liability insurer for a driver whose full-size pickup truck rear-ended the passenger vehicle driven by our elderly client.  The impact was at a moderate speed just as a traffic light ahead of the vehicles turned green.

Auto liability insurance companies will take any and every opportunity to argue "causation" of injuries by insisting that an impact wasn't severe enough to cause injury. In this case, Farmers insisted on sticking with their driver's ludicrous claim that the impact was barely a "tap" caused by their driver just starting up from a complete stop behind our client's vehicle.

Farmers also argued "causation" in this case based on pre-existing conditions, because our elderly client, unfortunately, had a past history of problems in other parts of his body.   Farmers tried to argue these other conditions were evidence of ongoing problems in areas injured by this new auto collision.  Our client's primary injuries in the auto accident were to spinal discs in his neck, which produced significant symptoms of pain into his neck, shoulders, and arms.  Our client had surgery on his low back about 15 years earlier and knee joint replacement surgery about 5 years earlier.  Farmers tried to argue that this was evidence that there were "ongoing problems" responsible for our client's neck symptoms rather than the spinal disc injuries only found after the collision caused by their driver.

This case eventually moved into litigation – our office filed a lawsuit and served the defendant driver after Farmers refused to resolve our client's injury claim for a fair value.  Lawsuits that are moving through the court process can follow many different paths from when they are first filed until they are eventually resolved with either a settlement or a trial.  One such path can lead to a hearing called a "judicial arbitration," in which a neutral arbitrator reviews the evidence and arguments submitted by the plaintiff and defendant and then issues a ruling and award.  Unlike the "binding arbitration" event that occurs with uninsured motorist cases, a judicial arbitration is more of an advisory award.  It is not a binding and final decision, but it is a benchmark evaluation of the case that can give significant leverage later in litigation to a party who receives a good award.

It was clear from the statements and findings in the police traffic collision report that the impact was at 15-20 miles per hour and was due to the defendant driver's apparent impatience with our client not moving fast enough after their traffic light turned green -- rather than having "just started up from a stop," the Farmers driver had still been moving as he approached our client's vehicle and he'd never attempted to stop.  No "tap" is going to cause $16,000 in vehicle damage, and we were able to refute this claim by submitting evidence of the repair costs and damage photographs not only for our client's vehicle but for the Farmers' driver's car as well.

As to our client's pre-existing medical conditions, we simply pointed out that the law in California requires a defendant to prove that a pre-existing condition is responsible for a post-accident injury and symptoms.  Merely suggesting that our client's other health challenges were somehow behind the neck injuries caused by the accident was not enough. Farmers–hired attorneys in the case had to present actual evidence in the form of past medical records or expert opinions that there was some connection.  This they did not do.

The arbitrator had no difficulty making findings on the plaintiff's behalf for liability, causation, and damages.  The case was settled shortly after that for the arbitrator's award of $136,000.

Auto liability insurance companies like Farmers will happily rely on a smokescreen of obviously false statements by their negligent drivers and invented medical arguments to deny, undervalue, and delay settlement of personal injury claims.  An experienced personal injury attorney will be prepared to do the work to disperse this smokescreen and achieve fair settlement results for their clients.