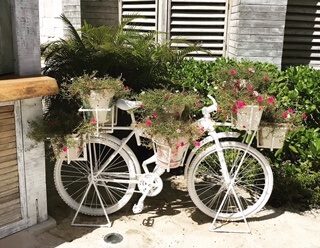 Winters, California, is a small, charming town in Yolo County known to Northern California bicyclists.  A trail system that leads in and out of Winters is heavily traveled by recreational cyclists.  Just about every weekend of the year, residents will see groups of cyclists passing through Winters on their way to various destinations, such as Davis or Lake Berryessa.  The City of Winters can also increase daily bicycle commuters - those who travel to work or school by bicycle.  The moderately dense residential areas near the employment centers mean commutes are short, and the city enjoys the favorable Northern California climate and topography.  All these features make the region a popular place for bicyclists.

When considering the number of recreational cyclists passing through Winters and the potentially increasing number of commuting cyclists, the City of Winters has periodically reviewed the safety of common bicycle routes.  They seek to continue to foster the elements that make Winters, California as a bike-friendly destination.

There is always the potential for accidents when bicyclists ride near vehicle traffic. When an unfortunate accident occurs, an experienced Winters Bicycle Accident Lawyer can protect the legal rights of the injured cyclist.

Accidents can occur anywhere, but some of the most common bicycle routes are typically where bike accidents occur most frequently.  Designated bike routes in Winters include:

According to the National Highway Traffic Safety Administration (NHTSA), most collisions between a motorist and a bicyclist are not caused by the cyclist.  Most of the time, the motorist is at fault. Bicycle versus car accidents are commonly caused by one of the following scenarios:

When a bicyclist is hit by a passenger vehicle, the injuries can be catastrophic if the cyclist survives.  Common types of injuries that occur in such an accident include:

Following a crash with a vehicle, the cyclist will likely have an extended period of recovery.  Healing from serious injuries takes time and energy.  During the recovery period, one should focus on regaining physical health rather than arguing with an insurance adjuster. Insurance companies, while they pretend to care about your best interests, absolutely do not. The insurance company is only interested in paying little to no money on your injury claim.  A skilled Winters bicycle accident lawyer knows the tricks of insurance adjusters and can battle to protect your legal rights and financial interests.  Many elements of damage may be recoverable to you following a bicycle accident, including:

Additionally, if you are married, your spouse may recover damages for your injuries' impact on the marital relationship.  This category of damage is known as loss of consortium.

California has a two-year statute of limitations for personal injury matters.  That means that your claim must be settled, or a lawsuit must be filed before the second anniversary of the incident that caused your injuries.  Sometimes, the time you must act is much shorter - such as when a public or governmental agency caused the accident.  In cases against a governmental agency, the time limit is only six months.  The statute of limitations is also different when the injured person is younger than 18.  Protecting these crucial time limits is another reason it makes sense to consult an experienced Winters bicycle accident lawyer.

Watch the YouTube video.  The clip below features a 2010 news report of the Amgen bike tour rolling through Winters.

Our legal team has been advocating on behalf of injured Northern Californians since 1982.  If you suffered injuries due to the negligence of a motorist, call the injury lawyers at our firm for compassionate, free, and friendly advice.  Locally, dial (530) 392-9400, and from outside the area, use our toll-free line: (800) 404-5400.

Reviews from many of our past clients can be found on Avvo, Google, and Yelp, and a sample of our case results is available to view on our Verdicts and Settlements page.

Editor's Note: This page has been updated for accuracy and relevancy. [cha 7.29.21]