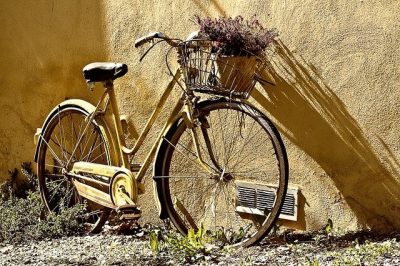 Suisun City, California, is a great place for bicyclists. In fact, many residents of the area have increasingly begun to leave their cars at home and use their bicycles to get around. The activity is beneficial to one’s physical and emotional well-being. However, like many enjoyable activities, it does come with some risks - especially when riding in areas with other vehicle traffic. While riders may take every precaution, such as wearing a helmet, avoiding distractions, and wearing reflective clothing, they remain at the mercy of vehicle drivers, some of whom can be careless and negligent. According to the magazine Outside, at least 675 bicyclists were killed by motorists in 2020. Keep in mind, that was during a pandemic with reduced vehicle traffic volumes.

Following a bike accident that results in injuries or wrongful death, the victim or victim’s family must contact a Suisun City Bicycle Accident Lawyer who has significant experience handling such cases. Legal advice should be sought as soon as possible following the crash to preserve key evidence, and the injured person’s legal rights are protected. Insurance companies spring into action quickly following an injury-causing accident. The adjuster may want to take a recorded statement or to urge a quick settlement. Having a skilled bike accident lawyer advocating for you will ensure that mistakes are not made. The injury lawyers at our firm are knowledgeable about the tactics used by insurance companies.  The goal of the insurance adjuster is to save the company money by paying injured claimants as little as possible. Our skilled attorneys can help maximize your compensation.

Any time it is possible to bicycle in areas closed to vehicle traffic, that option will be the safest. Suisun City has taken measures to provide some of its residents with safe bicycle paths. In 2012, the Grizzly Island Trail was constructed. The trail provided locals a safe pedestrian and bicycle path to travel between Grizzly Island Road and Marina Boulevard on the south side of Highway 12. This safe passage greatly benefited school children traveling to Crystal Middle School and Crescent Elementary School. It also included an interesting feature- an outdoor classroom located at the halfway point of the trail and accessible by those who attend both schools.

Watch the YouTube video. The clip below documents a resident of Suisun City on a bicycle trip from his home to Peña Adobe Park in Vacaville.

Serious bicycle accidents can happen in any area where bicycles are forced to share the road with motor vehicles, including Suisun City. Motorists have a duty of care to look out for other types of commuters - including motorcyclists, pedestrians, and bicyclists - and to respect the lawful right-of-way of every other traveler.

Many Suisun bicycle accidents are caused by negligent motorists. Some examples of driver negligence include:

Sometimes infrastructure conditions can lead to bicycle accidents. While claims against governmental agencies are more complex and often more difficult to prove, in some instances, it may be worth it to pursue a claim against a public agency for failure to properly maintain a public area or allowing a dangerous condition to exist in a public space. The timeline in which one must act to bring a governmental claim in California is only six months. Some examples of infrastructure issues that may cause injuries to cyclists are:

Because bicyclists have no external protection (besides, one hopes, a helmet), bicycle accidents often result in severe injuries. Some injury types frequently seen in bike accidents include:

If a person suffers injuries in a bicycle accident caused by another person’s negligence, the injured party may be able to bring a claim for financial damages against the at-fault driver. Examples of the types of damages commonly sought in a personal injury claim include:

I’m Ed Smith, a Suisun Bicycle Accident Lawyer with decades of experience. If you or a loved one suffered injuries in a bicycle accident caused by a negligent motorist, call our compassionate and skilled injury attorneys at (707) 564-1900 or (800) 404-5400 for free and friendly legal advice.

For a sampling of our past case results, please see our verdicts and settlements page. Client reviews can be found on Avvo, Yelp, Google.

Image by Dan Fador from Pixabay