Why is this important?
Home
Resources
The Tricks Insurance Companies Play and How We Deal with Them
The Insurance Industry and Individual Companies
Mercury Insurance 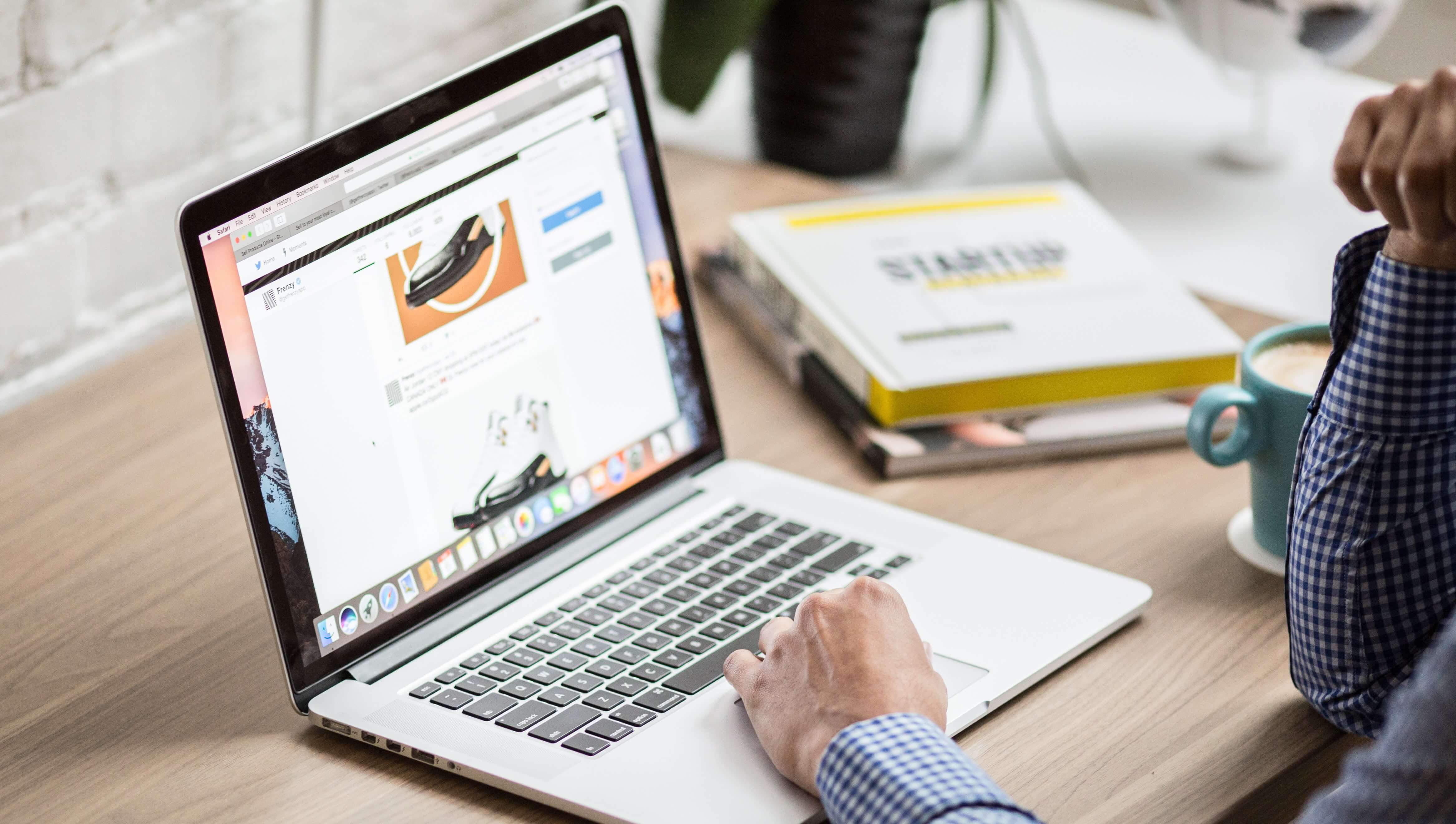 Mercury Insurance is fairly well-known in California, where the company was started and which was its only market for insurance products for many years.  Its primary focus is on personal automobile liability and homeowners insurance, but it has also expanded into business insurance, umbrella policies, and insurance tailored for renters and landlords.  It has recently become one of a few major auto insurance companies offering specialized policies for rideshare drivers.

Mercury Insurance is a publicly-traded stock corporation listed with the New York Stock Exchange.  The company doesn’t have the massive advertising budgets of some of the giant auto insurance companies, but it has put out a string of quirky television ads in recent years focusing on its association with the planet Mercury and Roman god Mercury with superhero and UFO twists.

Who is Mercury Insurance?

Mercury Insurance is a relatively young company compared with many large automobile liability insurers that have been around for a century or more.  Having started the company in the early 1960s, its founder George Joseph is still alive (in his 90s) and serving as its chairman of the board.  He turned a mathematics degree into experience as an insurance company actuary, then used that experience to launch Mercury in Southern California.

Although not yet one of the major auto insurance companies globally, Mercury Auto Insurance is one of the largest in California, which was the company’s only market for its first few decades of operation. Since then, it has expanded its services into about a dozen states in total. Mercury Insurance is based in Los Angeles.  It employs more than 4,000 staff across the country and had total revenues of about $3.4 billion as of 2018.

Mercury Insurance is based in Los Angeles.  It employs more than 4,000 staff across the country and had total revenues of about $3.4 billion as of 2018.

What Are Some Claims Practices of Mercury Auto Insurance?

Having focused on the California auto and home insurance market for most of its existence, Mercury has frequently been the target of scrutiny and criticism in our state.  It was also targeted several years back by a billboard posted near its Los Angeles headquarters, alleging that the company simply couldn’t be trusted.  It has also been the subject of regulatory investigations in California, one of which resulted in the payment of a $250,000 settlement by the company to resolve allegations it had systemically delayed claims payments and delayed confirming insurance coverage.

Expanding its business to several other states in the last few decades, Mercury Auto Insurance seems to have also expanded some of its questionable claims handling practices to other states.  One such instance reportedly resulted in an $8 million verdict against Mercury in a bad-faith lawsuit in Florida. The company allegedly delayed payment of a $10,000 policy limits claim to a quadriplegia victim, thereby exposing its own policyholder to a $7 million verdict.

Many insurance companies have formally or informally adopted tactics such as intentional lowballing of claims and delaying claim resolution and payment to increase their profits.  They realize that this money game of retaining claims payments for a few days, weeks, or months longer – when multiplied across thousands and thousands of claims – can result in big money for the insurance companies.
It appears that many have made the calculation that risking big verdicts against themselves in bad faith lawsuits will cost them less than the money they save by delaying prompt and fair claims resolutions.Autoaccident.com Cases, Settlements & Verdicts Against Mercury Insurance

The Law Offices of Edward A. Smith represented a client in a personal injury claim against a Mercury Insurance policyholder that was successfully resolved recently.  Our client – a man in his early 30s – was driving his vehicle in light traffic on a major surface street when another driver inexplicably entered the roadway immediately in front of him from a side street.  A major “T-bone” collision resulted.

The negligent driver was a small business owner and was operating a vehicle covered by his business liability insurance policy through Mercury Insurance.  Independent witnesses and a thorough traffic collision report from local police established the incident's facts, and there was no significant argument over liability for the collision.  Likewise, the forces of the impact – as shown by the major damage to the vehicles involved – were clearly sufficient to cause significant injury.
One of the witnesses to the accident was a nurse who basically described our client as a bloody mess when she checked on him after the accident.  He had sustained injuries to his face, including an upper lip laceration and a nasal fracture.  After the initial emergency room treatment, much of his early post-accident medical care was related to these facial injuries.
However, he was also experiencing neck and back injuries at the same time, as well as numerous minor contusions and abrasions and even bits of glass embedded in his hands.  While he received “conservative care” for his spinal injuries in the form of chiropractic treatment, he actually had to have corrective surgery for his nasal bone and cartilage injuries.  Unfortunately, this corrective surgery only partly alleviated his post-accident symptoms of persistent nasal blockage and drainage.

Over time, it became apparent that his back injuries were also significant after an MRI examination ordered due to his persistent low back symptoms revealed spinal disc injuries at two levels in his lumbar spine.  Several different treatments were attempted, but none provided any long-term pain relief. The spine specialist with whom our client was treating eventually concluded that spinal surgery in the form of a two-level fusion was the only option available that was likely to provide long-term relief.

Our client at this time, was in his mid-30s and had recently married and started a family.  Although working regularly, his spinal symptoms and persistent nasal symptoms were causing significant impediments at work and at home.  Before the collision, he was active in bodybuilding, but he had to discontinue this due to his back problems and, over a couple years, had lost a great deal of muscle mass.

Informal settlement efforts with Mercury Insurance proved fruitless. Although our client had clearly sustained painful, debilitating, and permanent injuries and medical expenses of about $75,000, Mercury consistently refused to put forward a reasonable offer for settlement.  It became necessary to file suit and proceed into litigation to get any movement at all on Mercury’s part, and what movement there was, was minimal.

Key Elements in the Case Against Mercury Liability Insurance

A couple key elements that eventually helped the case to resolve included an evaluation of the client’s persistent nasal problems by an otolaryngologist – a specialist in head, neck, and facial surgery – who was able to thoroughly review and describe the client’s injuries, the partial results of the earlier corrective surgery, and recommendations for additional treatment.

The final key was a “day in the life” video – a type of demonstrative evidence that focuses on an injury victim, his close family and friends, and the day-to-day negative impacts of the victim’s injuries.  This video – which included images of the client as “buff” and muscular from his pre-accident bodybuilding activities contrasted with more recent images with a much less muscular build – focused on the significant degradation of the client and his wife’s activities, going from extremely active in outdoors, sports, and social activities pre-injury to less active, closed-in, and relatively isolated afterward.

As the matter proceeded toward a trial, it became clear to Mercury that the severity of our client’s damages risked a verdict over their policyholder’s policy limits.  The matter resolved at a pre-trial settlement conference for more than $500,000.

Benefits of Having an Experienced Personal Injury Lawyer

An experienced personal injury attorney will have the resolution and patience to take a client’s case as far as it needs to be taken to get a fair settlement for the client.  An experienced personal injury attorney will have the knowledge needed to engage experts like medical specialists who can more accurately and thoroughly describe a client’s injuries and to produce persuasive exhibits like day-in-the-life videos that can communicate fully an injury victim’s losses to an opposing party like Mercury Insurance and its hired defense attorneys or, if necessary, to a jury.

Find out more about insurance companies and their claim tactics by clicking on the links below:

Editor's Note: This page has been updated for accuracy and relevancy [cha 3.15.21]

Photo by Burst on Pexels