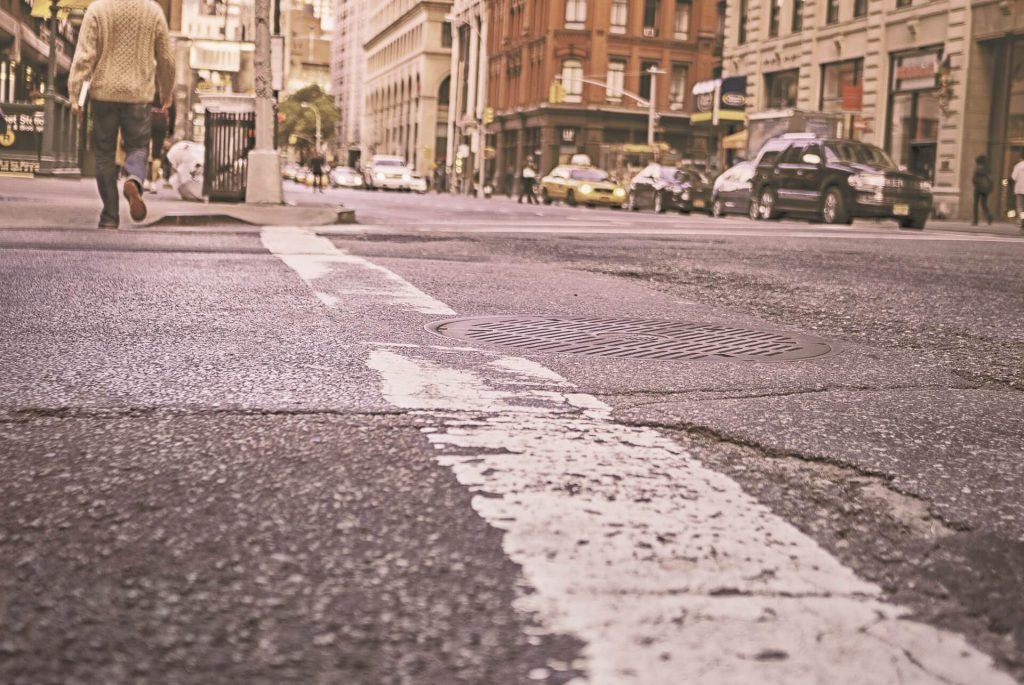 When a pedestrian is hit by a vehicle, even at a relatively slow speed, the damage inflicted on the pedestrian can be catastrophic. For example, a 25-year-old man in Southwest Fresno lost his life after being struck by an SUV. The tragic accident occurred at Golden State near C Street.

Unfortunately, serious pedestrian accidents happen frequently in and around Fresno. If you or a loved one has been injured in an accident while on foot, call our accident attorneys at (559) 377-7676 or (800) 404-5400 for a free case evaluation.

Pedestrian Accidents in California and Nationwide

Between 2005 and 2014, over 6,600 pedestrians lost their lives in collisions with motorists, which translates to nearly two pedestrians killed each day per 100,000 California residents.

According to a report issued by the Governors Highway Safety Association (GHSA), the massive increase in pedestrian accident deaths means 2016 was the deadliest year for pedestrians in twenty years. This report also highlighted that many automobile accident deaths increased by six percent nationwide.

When Fresno police investigate an accident involving a pedestrian and a motorist, it is common to conclude that the motorist caused the collision. Many drivers are unfamiliar with the proper traffic regulations when approaching a crosswalk and yielding to a pedestrian. Other causes of pedestrian accidents include:

What You Should Do if You Were Hit by a Car

If you are physically able, specific actions and information you should collect will improve the viability of a personal injury claim against the negligent driver. Here are recommended steps to take:

What Injuries Can You Get from Being Hit by a Vehicle?

When a pedestrian is hit by a vehicle, whether a sedan, motorcycle, or pickup truck, the injuries suffered by the pedestrian can be catastrophic. This is not surprising when you consider that the pedestrian has no absolute protection from the full impact of the collision. This means they bear the full brunt of the impact and suffer serious bodily harm. Common injuries include:

As you can see, the injuries suffered by pedestrians can be potentially life-changing. This will likely result in you racking up thousands of dollars in medical bills while not working due to the severity of your bodily injuries. The end result means you can be left struggling and damaged. This includes damage to your finances, damage to your body, and damage to your mental health and well-being.

If you decide to file a pedestrian accident injury claim against the driver who hit you, such a claim allows you to pursue financial restitution for your accrued medical expenses and future medical expenses, along with compensation for your lost wages and future earnings (especially if you are deemed partially or fully disabled as a result of the accident). You can also pursue monetary compensation for your pain and suffering, which encompasses the mental and emotional strain placed on you due to the collision.

If the driver's conduct was particularly egregious or shocking, it might be possible to ask a court to award you punitive damages. A court may order these to punish the defendant for their deplorable conduct and signal to the community that such behavior carries severe consequences. The amount of punitive damages you could recover can range from three to nine times the amount you are awarded in compensatory damages (i.e., your medical expenses, lost wages, and pain and suffering damages).

For example, let's say you were hit by a motorist while walking towards Sierra Sky Park in Fresno and filed a claim against the defendant. Your economic and non-economic damages total approximately $200,000 due to multiple surgeries you had to undergo and some permanent harm resulting from the collision. There is clear and convincing evidence that the driver was heavily intoxicated when the wreck occurred. Such evidence could qualify as shocking and/or egregious conduct that would warrant an award of punitive damages. A jury could award you anywhere between $400,000 and $1,000,000 in punitive damages if punitive damages can be pursued. Nevertheless, it is essential to remember that punitive damages are rarely awarded in personal injury lawsuits due to the extremely high evidentiary burden that the plaintiff must meet for a court to even entertain an award of punitive damages.

What Needs to Be Proven in a Pedestrian Accident Injury Lawsuit

In a personal injury lawsuit, you must prove your claim and submit sufficient evidence indicating that the other driver was negligent. In the legal world, negligence means that someone took or failed to take action that a reasonable person would have done when confronted with similar circumstances. To establish the driver's negligence, your Fresno pedestrian accident attorney needs to meet these four elements:

What should I do if I was in a hit-and-run pedestrian accident?

When you file a pedestrian accident claim, the financial restitution you seek is typically paid out by the negligent driver's automobile insurance. But what do you do if the negligent driver fled the scene of the wreck and left you to fend for yourself? Do not lose hope. In a hit-and-run accident, you may be able to pursue financial recovery through your own uninsured motorist (UM) coverage in your auto insurance policy. As the name suggests, this form of insurance coverage comes into play when you are harmed in an accident, and there is no insurance policy for the negligent party that caused your injuries, or if you were hit by a driver who stayed at the scene but did not have any auto insurance coverage.

Should I accept a settlement or go to trial?

When your claim is submitted to the insurance company, a claims adjuster will be assigned to the claim file, and they will reach out to your attorney to commence settlement negotiations. In most instances, the insurance company will make a low-ball settlement offer, and your attorney can make a counteroffer and go back and forth to see if there is a chance to resolve the claim without filing suit. You are empowered to accept or reject any settlement offer as the client. Your lawyer can offer advice and guidance on the offer, but you have the sole authority to accept or reject it.

Our law firm takes cases on a contingency fee basis, which means there are no upfront costs or fees to be paid by you. Our injury lawyers only get paid if we successfully win your case.

Editor's Note: This page has been updated for accuracy and relevancy. [cha 7.12.22]