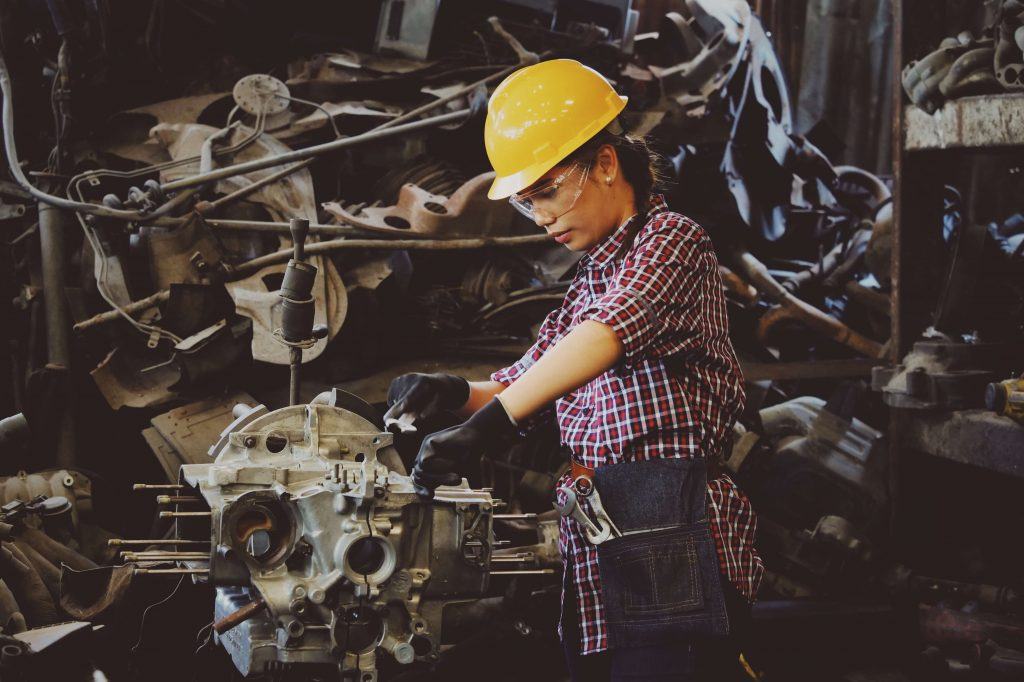 Q. How must employees in California fund workers comp insurance for their employees?

A. An employer can fund WC (Workers Compensation) benefits by either purchasing a worker’s compensation insurance policy, by buying coverage thru The State Compensation Insurance Fund or by being self-insured, either in whole or in part. An employer is allowed to self insure for monetary benefits and has the policy to cover medical benefits. An employer may want to cover volunteers and exempt employees to save himself from being sued in ordinary negligence should they be injured on the job. If the volunteer or exempt employee is covered by a WC insurance policy, that becomes the exclusive remedy.

A. Yes,  Workers Compensation Insurance is available for sole proprietors. Even otherwise excluded category employees or volunteers may be covered if an employer elects to purchase such coverage for them.

Q. Are individuals who do personal undertakings around an employer’s home, such as babysitters or occasional maids covered by WC insurance?

A. Not exactly. After 1976, all comprehensive Homeowners Insurance or Renters Insurance Policies sold in California must cover home-based or personal service individuals who are performing work in an employer’s home that is not in the regular course and scope of an employer’ business.  So a babysitter or occasional maid will be covered if they are injured so long as there is Homeowners or Rental Insurance.

Q. Where do I buy workers' compensation insurance?

A. You can buy workers' comp insurance coverage through an agent or a broker from any privately licensed insurer who does business or write policies in California. The California Department of Insurance website has a last on their website. If you are refused coverage, the State Compensation Insurance Fund (State Fund) is required to provide you with coverage. Members of a trade association might want to check with it first - some trade groups negotiate special rates for members. Also, consider the chamber of commerce for advice.

Q. How much are Burial Expenses for an employee killed on the job in California?

Q.  How much are death benefits in the California Workers Comp system for dependents of individuals who die as a result of being injured on the job?

These are the general amounts recoverable, but the total sum depends on the total of partial plus Total Dependants.

Q. What is the time deadline for filing for California Workers Compensation Death Benefits?

A. Dependents must file with the Workers Compensation Appeals Board within 1 year of the date of the death of the employee and also within 240 days of the injury that caused the death.

Q. Who are “Qualified dependents” for a Workers Compensation Death Claim?

A. Qualified Dependents are usually certain categories designated by the Board. They include:

Q. My father was a police officer, and he was killed violently while on the job. I am his son, 17. Are there any benefits I may qualify for?

A. Yes, children of police officers or Sheriff’s officers or CHP Offices as well as Fireman and Correction Officers may be entitled to a scholarship if a parent was killed or totally disabled violently in the line of duty. The scholarship is “need-based” and can be up to $6.000 paid over a period of not to exceed 6 years. In calculating “Need.” Any death benefits received from the Workers Compensation System cannot be considered.

Q. Same question as to Medical benefits that may be available to children?

A.  Minor dependents to age 21 can receive medical benefits to the same extent of coverage as their parent had at the time of the injury resulting in death. Benefits are payable until the child is 21.

Q. If an injured worker was intoxicated while or the job or under the influence of a controlled substance and sustained an injury, can he or she recover in the California Workers Comp system?

A. Possibly.  The fact alone that an employee went to work while under the influence of drugs or alcohol and was injured does not deny them, by means of those facts alone of Workers Compensation benefits. To deny employee benefits, the employer must prove all three things:

For example, an employee could be drinking from a wine bottle with a subsequent blood alcohol test reading of .08 or greater and be struck by a negligent motorist. The mere fact that the employee was drinking, and even intoxicated does not prevent him from obtaining workers comp benefits if he was just a victim of the negligent motorist and had no contribution to the accident itself.

Q. Are there any penalties assessed against employers if they illegally hire a minor under 16, and such minor is injured on the job?

A. Yes. An employer may only hire a minor under 16 if such a minor is attending school and Has a work permit from the principal. If an employer has any other minor under 16 working and such minor is injured on the job, the normal worker's comp benefits paid are increased by a penalty of 50 percent.

Q. What happens if my employer discriminates against me or discharges me because I make a workers comp claim?

A. Any employer who does the above or even threatens to do so can be convicted of a misdemeanor. Additionally, any workers compensation benefits paid or that should have been paid, are increased by a penalty of 50 percent up to $10,000. Any employee actually discharged because of this behavior can be reinstated and receive back pay.
There is a one-year time limit to bring an action for employment discrimination.

I'm a member of the:

Learn more about my law firm at:

Photo by Chevanon Photography from Pexels
Editor's Note: This page has been updated for accuracy and relevancy. [cha 4.15.19]
Contact Us
Search
Personal Injury
Client Reviews
★★★★★
"Me and my wife; had a car accident. We were amazed how easy, professional, friendly attorney Ed Smith is along with his staff. Everybody is amazing. Thank you so much, we are very impressed!" Alex & Dinah M.
★★★★★
"Ed Smith and his office team took on a difficult personal injury case on my behalf and for the passenger in my car. Ed is a top- notch attorney. His staff couldn't have been more helpful and kind. No need to look elsewhere. I give Ed Smith my highest recommendation." Beverly
★★★★★
"Ed and Robert have been taking great care of my husband and I for the past 5+ years. They are always there when you have a problem and a quick resolution! Even when the issues have nothing to do with them. They are willing to help ease the pain off your shoulders. They are as good as it gets! Thank you again for everything." Annie T.
★★★★★
"Very professional. Great team, staff and service all around. Mr Smith was very honest, straight forward with his advice. He gives the word "attorney" an honest reputation. I will seek his council anytime, and would recommend him at the drop of a dime." Jeremy M.
★★★★★
"I would highly recommend Ed Smith to any friends or family in need of a personal injury attorney. Ed, and his staff, are very caring on top of being very experienced in this field. The staff always keeps you informed of the status of your case and they are always easy to reach by phone." Shannon D.
★★★★★
"Edward Smith law offices provide competent, thorough, and personable help for victims of personal injury. When you first meet the staff you know you contacted the right office. This law office treats clients like people. I recommend this office to anyone seeking representation regarding personal injury." David M.
View More
Submit a Law Firm Client Review