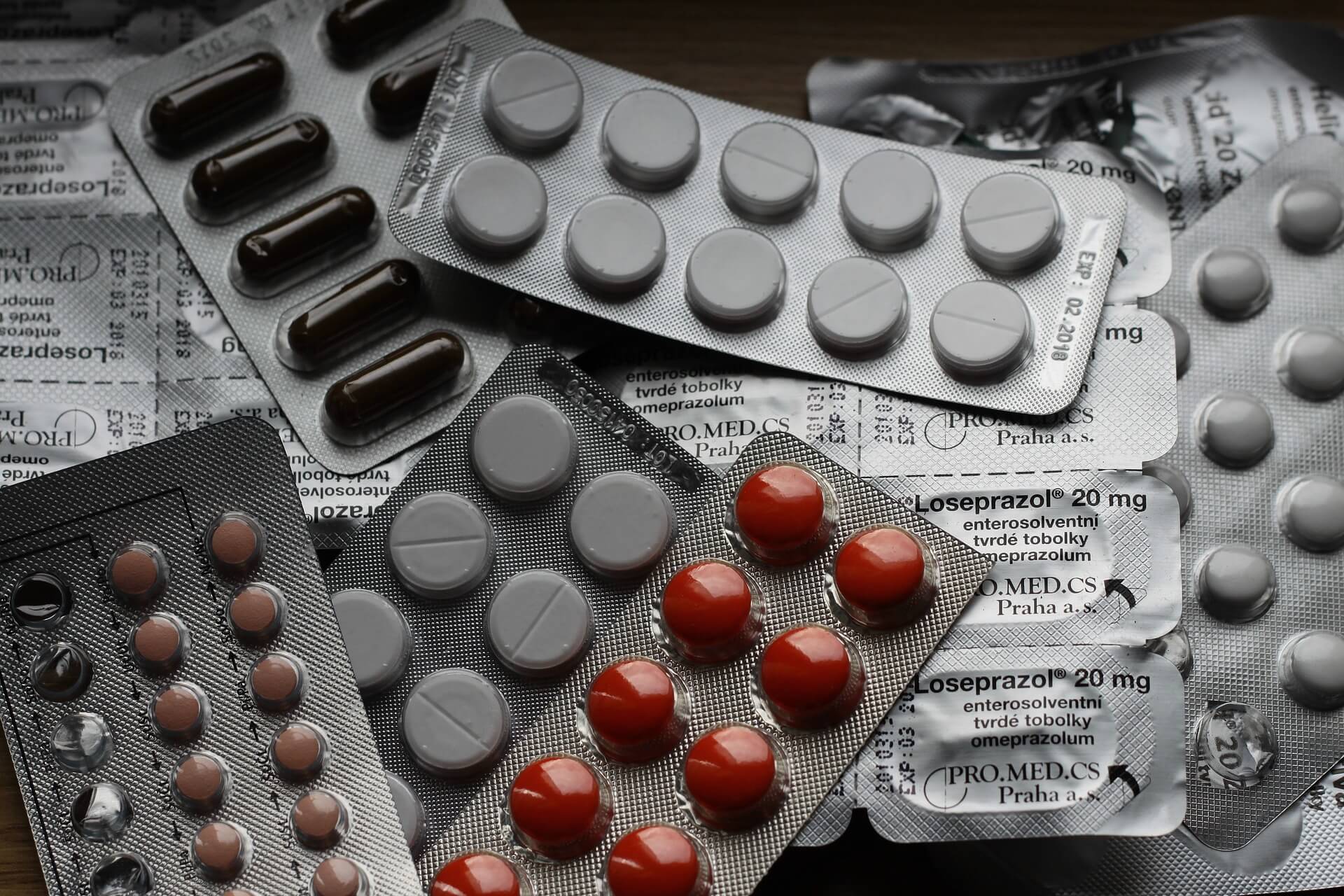 If you or someone you love was taking the weight-loss drug Belviq and subsequently received a diagnosis of cancer, it may be beneficial for you to consult an experienced drug products liability attorney.  Initiating legal action against a rich and powerful drug manufacturer ("Big Pharma") is a complex journey.  However, if pharmaceutical manufacturers sell dangerous drugs, they should be held accountable by the people who suffered harm.  Those that have been injured or suffered health issues due to the use of a dangerous drug are entitled to monetary compensation as a result of the drug company's negligence.  Expert legal representation by a Belviq lawyer is crucial if you are interested in pursuing such a claim.

Belviq is the brand name for the medication lorcaserin.  The drug was developed and licensed by Arena Pharmaceuticals based in San Diego, California, then sold to Eisai Inc., a Japanese drug manufacturing company, in January 2017 for $23 million.  Belviq was prescribed with the goal of helping patients lose weight.  The medication has been on the market for eight years.  The drug works by reducing the appetite via activation of the 5-HT2C receptor located in the hypothalamus, which is the portion of the brain that controls a person's appetite.

In January 2020, the FDA made an announcement that they were analyzing data from clinical trials and gave an alert to the public that based on a preliminary review, Belviq's use carried a potential risk of cancer.

On February 13, 2020, the FDA issued a request that the maker of Belviq and Belviq Extended Release (lorcaserin) voluntarily remove the drug from the United States market.  The request for the voluntary recall was issued because a clinical trial of the drug's safety showed an increase in cancer occurrences. Eisai, Inc., the drug maker, has turned in a request to withdraw the medication voluntarily.

The FDA states that the request for the recall was issued because the findings from the clinical safety trial supported the conclusion that the risks of use outweigh the benefits.

The initial lawsuits against Eisai, Inc. for manufacturing Belviq were filed in March 2020. A class-action suit has been filed in a New York U.S. District Court.  The lawsuit claims that Eisai, Inc.pushed the dangerous product to market, even though there was evidence that it was defective and dangerous.  Other defendants named in the lawsuit include the developing and licensing company, Arena Pharmaceuticals, and the pharmacy chain from which the plaintiff claims to have purchased the drug, CVS.

Why File a Belviq Lawsuit

If the weight loss drug Belviq resulted in a cancer diagnosis, you may be entitled to monetary compensation.  Some categories of monetary damages that may be sought in a lawsuit are:

If you are married, your spouse may also be eligible for monetary damages as a result of the negative effect the harm to your health has had on your marital relationship.

Dangerous pharmaceutical manufacturers, marketers, and distributors should be held responsible for selling dangerous products that harm consumers and making loads of money off such products.

Legal action taken against dangerous drug makers may result in the public service of better, more thorough testing of drugs in the future.

In some unfortunate cases, the use of a dangerous drug ultimately results in the death of a consumer.  A wrongful death lawsuit can then be initiated by heirs of the deceased person - usually a spouse or children.

Belviq Was Initially Not Approved by the FDA

In September 2010, an advisory panel to the FDA voted 9–5 against the approval of Belviq because the panel was concerned over both the safety and efficacy of the drug.  The group was particularly concerned about the development of tumors in tested rats. Based on that recommendation, the FDA declined to approve the drug as requested in October 2010 because it could not rule out the drug having cancer-promoting properties and because it was found to have "marginal" effectiveness.

The FDA went on to approve Belviq (lorcaserin) in 2012 but required a double-blind, randomized, placebo-controlled clinical trial to be conducted by the drug manufacturer post-approval.  The trial's stated purpose was to evaluate the risk of cardiovascular issues in patients taking Belviq.  The trials ended up revealing that more patients taking lorcaserin were diagnosed with cancer versus those patients who were given an inactive placebo. The clinical trial was conducted over five years and included 12,000 patients.

Within the clinical trial participants, there was a range of cancer types reported, with various kinds occurring more frequently in the group taking lorcaserin, including colorectal cancer, pancreatic cancer, and lung cancer.

Belviq Users: What to Do Now

The FDA has advised patients to stop taking Belviq and to discuss alternative weight management options with their physicians.

With regard to leftover Belviq/lorcaserin, the FDA says the best option is to take the pills to a drug-take-back location.  If such a depository is not available for you, the disposal instructions are:

If you have used Belviq and have subsequently received a cancer diagnosis, you could benefit from speaking with an attorney who is experienced in cases against dangerous drug manufacturers to get valuable advice about appropriate next steps.

A range of cancer types have been reported as potentially linked to Belviq, including but not limited to:

In the language of its recall, the FDA made a point to say that there was no apparent difference in the incidence of cancer within the initial months of treatment. Still, the imbalance increased as the trial went on, and patients were on the drug for a longer period.

The Importance of Expert Legal Help

Some complexities and complications arise when one chooses to take legal action against a rich and powerful dangerous drug manufacturer. "Big Pharma" companies have nearly endless monetary resources with which to defend consumer claims.  They will not hesitate to spend a lot of money to look out for their profits and overall financial interests.

Claims involving health issues related to dangerous medications have specific time limits that must be followed.  If you fail to take action before those time limits expire, your rights to recover may be lost.

If you or a loved one received a diagnosis of lung, colorectal or pancreatic cancer following the use of the weight-loss drug Belviq, it is a good idea to contact a lawyer with expertise in litigation against dangerous drug manufacturers.

Below is an ABC News clip about the recall of the weight loss drug Belviq:

I'm Ed Smith, a Drug Products Liability Attorney in Sacramento. If you or a loved one has been diagnosed with cancer after using the weight-loss drug Belviq, give my office a call.  I can offer free and friendly advice. My local Sacramento-area phone number is 916.921.6400.  I can also be reached toll-free from outside the region at 800.404.5400. If you prefer, I have an online contact form as well.

Some of our case successes are listed on our Verdicts and Settlements page.  I am honored to be a member of the Million Dollar Advocates Forum in addition to the National Association of Distinguished Counsel.

Many of our prior clients have taken the time to review our services on Yelp, AVVO, and Google.

Editor’s Note: This page has been updated for accuracy and relevancy [cha 7.17.20]

Image by katicaj from Pixabay

DISCLAIMER: This document is not a Services Agreement/Retainer.  It is offered for informational purposes only. An attorney-client relationship does not exist between you and our firm until and unless a signed Retainer/Services Agreement is entered into. The information contained within this site is not medical or legal advice, nor is it intended to be. Always consult your health care provider prior to stopping any prescribed medications.