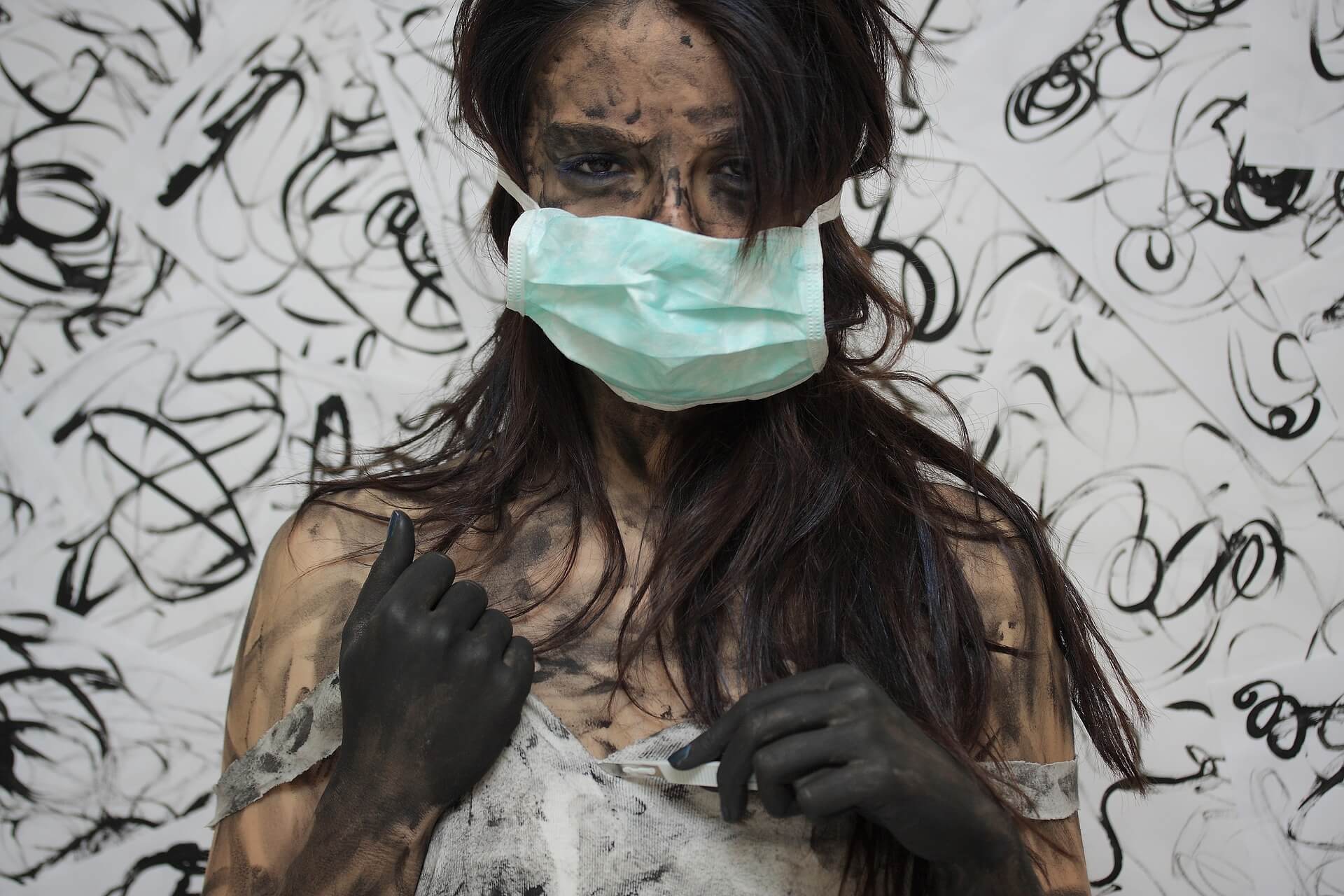 Even though the patient is suffering from a burn, doctors and nurses cannot forget that burns are often associated with psychiatric disorders, both before and after the burn. Members of the burn team need to be aware of this and have a mental health professional as part of the burn team.

Having a psychiatric diagnosis can influence whether or not you sustain a burn in the first place. People with psychiatric disorders are more likely to suffer a burn than normal people. Fifty percent of all burn patients have had at least one psychiatric diagnosis within the prior year. Two-thirds of all burn patients will subsequently be diagnosed with a psychiatric disorder. This means that mental health needs to be a priority in any patient suffering from a burn. These are patients who stay longer in the hospital with their burn, have more burn complications, and have more problems rehabilitating from a burn.

A total of 43 percent of burn patients have a pre-existing history of depression.   Others suffer from substance abuse disorders, personality disorders, and psychotic disorders. As some burns are self-inflicted, psychiatric disorders in this subgroup of burn patients are very common. Some burns represent a failed suicide attempt, while others are self-inflicted burns from psychoses or post-traumatic stress disorder patients.

Children who suffer from burns can carry the diagnosis of ADHD, which is associated with reckless behavior. Parents of burned children are more likely to suffer from anxiety and depression and often have poor social support. The stress of having a child with a severe burn can manifest itself in a mental disorder as far as two years from the onset of the burn incident.

Once a burn has been inflicted, and the individual is in the hospital, there are factors related to being in the hospital that contribute to getting a psychiatric condition. The major contributors to getting a psychiatric diagnosis include chronic increased pain, itching, and sleep deprivation. Hospitalized patients can suffer from post-traumatic stress disorder (PTSD) or anxiety and depression. Anxiety is common in patients who fear medical procedures being done on them or who suffer from extreme itching that interferes with sleep.

There is a cycle that can develop in a hospitalization. The lights and noise of being an inpatient in a burn unit can contribute to poor sleep, and insomnia worsens things like pain and itching, leading to further sleep deprivation. One way to break this cycle is to have a calm sleeping environment for the patient and give them medications for pain and itching to sleep better. If this doesn’t happen, the sleep deprivation gets worse, along with increased pain and itching.

Patients with severe burns can suffer from delirium, which is brought on by organic factors such as sepsis, low blood sugar, and other physical symptoms. Treating the underlying organic disorder goes along with a resolution of delirium.

Patients can often suffer from acute stress disorder. This is the most common disorder seen in newly hospitalized patients with severe burns besides PTSD. It is estimated that 19 percent of patients in a burn unit suffer from acute stress disorder. It usually manifests itself with extreme anxiety beginning shortly after sustaining the burn and lasts for up to four weeks after being burned.

Depression is also common following a burn. Most people who suffer from depression after having a burn have pre-existing tendencies toward depression. People with robust mental health before the burn do not usually get depressed; however, it is still possible and worth treating as early as possible to prevent an ingrained pattern of depression that lasts long after discharge.

Among children, the most common phenomenon occurring in a burn unit is burn encephalopathy. These children can suffer from regression, lethargy, and even coma. Anxiety is common in pediatric patients with burns; this is related to pain and anxiety over receiving care for the burn, which is inherently painful.

Pain and psychological disorders in burn patients are directly related.   People who have a large amount of pain upon discharge pose a suicide threat. This means that pain must aggressively be managed while the burn victim is in the hospital and released from the burn unit.

Up to 45 percent of people with a severe burn will develop post-traumatic stress disorder, the most commonly recognized disorder in burn patients. PTSD is represented by poor sleep, intrusive thoughts and dreams related to the trauma, and chronic anxiety. Other people don’t meet the criteria of having PTSD but go on to develop some other type of anxiety disorder, such as social phobia, panic disorder, or generalized anxiety disorder. Nightmares in adults are not common unless the patient has PTSD, so this should be explored in any adult patient reporting nightmares after the burn. Anxiety can be of a phobic type, with a specific burn-related phobia; other extreme anxiety can occur when the patient needs to go back to the hospital for reconstructive procedures.

Depression lasting up to a year in burned patients happens in about 4-7 percent of individuals who have suffered a severe burn. The onset of depression can occur more than a year from the injury and is believed to happen about 9-23 percent of the time.   Much of the depression is associated with sadness and despair because of the physical limitations a person experiences after the burn. People with depression or PTSD tend to have a worsened functional state compared to people who do not have these disorders after the burn.

Children have difficulty with social adjustment after having a severe burn. While most do not develop depression, anxiety is common. The child can develop tantrums, regressive behaviors, and crying spells as sequelae to having sustained a burn with disfigurement or a loss of function.

In the acute phase of the burn, the patient can develop delirium.  This is best treated with benzodiazepine medications such as Valium® and lorazepam (Ativan®).   Later on, psychotherapy can be introduced to people with depression or anxiety. These people are often medicated with the appropriate psychiatric medications along with therapy. Both anxiety and depression are treated with tricyclic antidepressant medications or serotonin reuptake inhibitors such as sertraline or fluoxetine.

Patients who develop long-term anxiety are often treated with benzodiazepine medication. While long-term use of benzodiazepines can lead to dependence on the drug, their use is still the best way to handle the anxiety that persists after the burn has healed.

Sleep problems are prevalent after a burn. Because they can be associated with PTSD and anxiety disorders, many sleep disorders can be managed with tricyclic antidepressant medications, inherently sedating.

Even in severe burns, many patients are resilient and bounce back after sustaining a burn. The major factors contributing to resiliency are individual personality characteristics, strong relationships, and a good social network before and after the burn injury.

Call our experienced Sacramento Burn Injury Attorneys for free and friendly case advice at (916) 921-6400 or (800) 404-540 if you have suffered severe burn injuries in a tragic accident.

Editor's Note: This page has been updated for accuracy and relevance. [cha 3.16.22]