Why is this important?
Home
Personal Injury
Cruise Ship Accidents 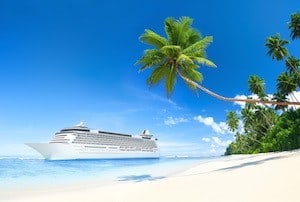 Over 9 Million people cruise every year from North American ports. Most people have a wonderful time and except for gaining 5-10 pounds come back refreshed and renewed.

On Occasion, however, the cruise goes badly awry.

Cruise ships are common carriers and have a high duty to ensure the safety of their passengers and yet…with each passing year, there are negligent with their maintenance and safety protocol resulting in accidents, assaults, food poisoning and other serious safety issues. Sometimes people fall overboard off the cruise ships or consult the ships doctors and are treated negligently.

To those who litigate these cruise ship cases, the above complaints are common.

Here’s just a few videos that illustrate some of the common problems above.

Sadly, there are many incidents such as the one discussed above on cruise lines every year. Many complicated issues are usually involved. Was the assault at sea or in a Port of call? Was the passenger drinking or drunk? Was the assault by a crew member or by a fellow passenger? Is the Cruise line responsible for these sexual assaults and rapes by it’s employees. An experienced Cruise Line attorney can help.

Unfortunately, drownings can happen on swimming pools at sea when there are no lifeguards or untrained lifeguards. Many times personnel lack training in CPR. Most of these tragedies are preventable.

Other times, there is negligence in getting passengers to safety after the capsize. There are rules as to how ships are to navigate and how to evacuate passengers if the going gets too rough.

Occasionally fires break out at sea and investigation reveals a crew poorly trained in fire prevention as well as ship evacuation.

There are rules commonly accepted for safely handling food and for preventing food poisoning. A good site discussing these issues is below.

Food handling on cruise ships has other, more complex rules.

New developments have found that Medical Malpractice Lawsuits are now possible for injury and wrongful death when ship doctors fail to abide by a reasonable standard of care.

For many years, cruise lines successfully defended themselves from claims of medical malpractice by ship doctors by claiming they were independent contractors or for many other reasons.

Recently, a key case in the 11th District, Franza v Royal Carribean (2014) has allowed for valid malpractice cases to go forward under most circumstances.

One Federal Court Judge many years ago stated:

“Don’t have an accident, don’t get sick, and hope for an uneventful cruise vacation, otherwise you will discover that your rights and remedies as an aggrieved consumer are governed by antiquated legal principles which favor cruise lines to the detriment of cruise passengers.”

That was the case for many years, but the law is rapidly changing and offering protections to the 9 million people who take a cruise every year.

Maritime or Admiralty Law governs cruise ship accidents as well as any damage done by cruise ship excursions. There are many traps for the unwary in these cases.

Often the Statute of Limitations is only 1 year.

Furthermore, many times a proof of claim must be filed in as little as 6 months!

There may be a way around these time periods for minors, and based on other legal theories, but mostly these time limits are upheld so it’s important to act immediately.

Often, buried in small print on the cruise tickets are restrictions as to where a lawsuit can be filed. Many times, the correct courthouse will be in

Los Angeles, Miami, Seattle, Houston or other cities where there are major ports.

Most times also uphold these restrictions. It is important to hire an experienced cruise ship lawyer who works with attorneys in these major port cities.

Many times a cruise line attempts to protect itself from liability from many situations. They may disclaim responsibility for shore excursions, for ordinary negligence, for medical malpractice and many other wrongs. An experienced cruise ship attorney knows that most of these disclaimers are invalid but must know the case law to prove that to the court.

If you, or a member of your family or loved one have been injured on a cruise due to negligence or intentional conduct, please call me anytime for free, friendly advice. I work with experienced Maritime lawyers in every port city to ensure that every step is taken to aid your recovery for medical expenses, lost wages and pain and suffering.