Why is this important?
Home
Resources
The Tricks Insurance Companies Play and How We Deal with Them
The Insurance Industry and Individual Companies
Zurich Insurance 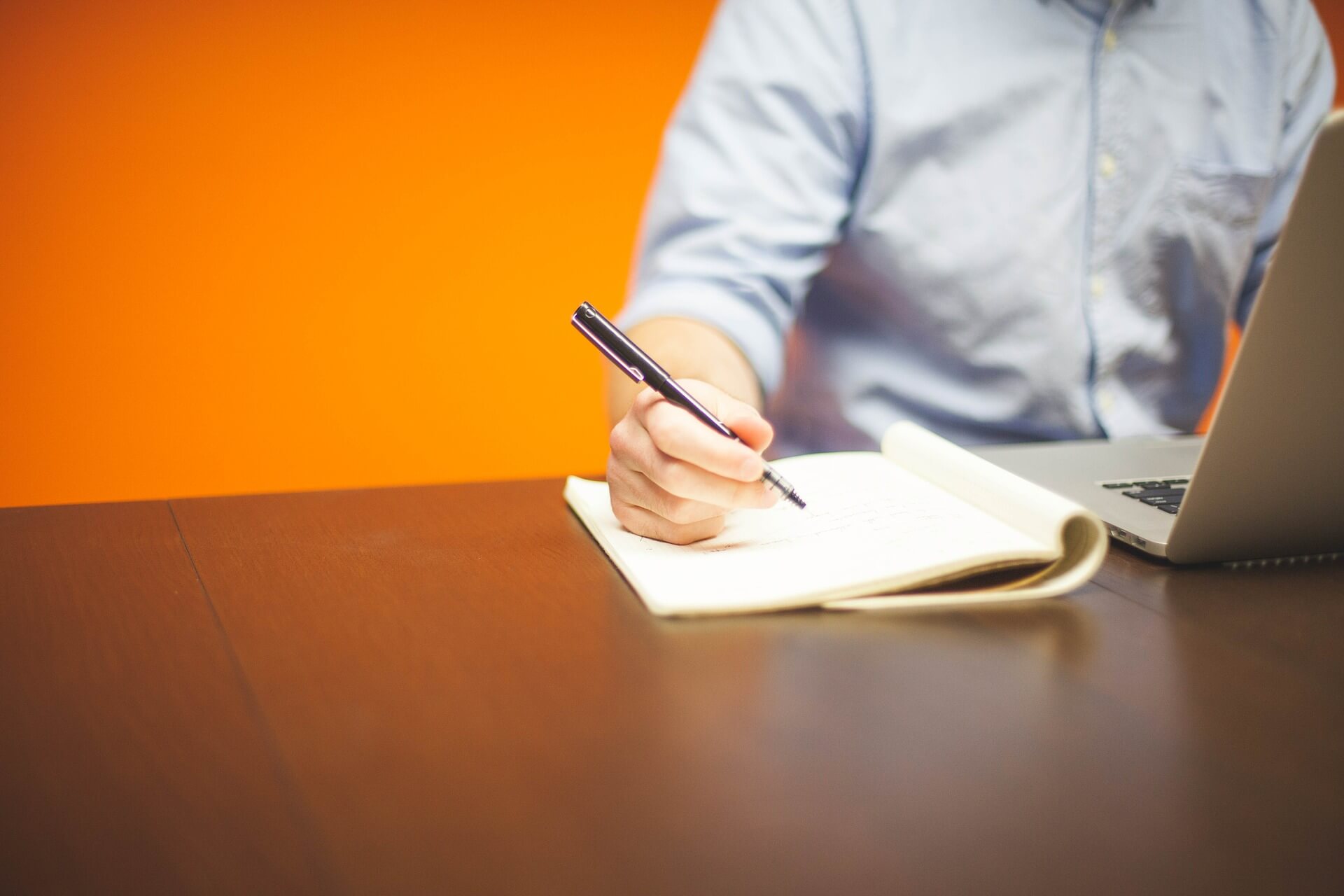 Zurich Insurance is a genuine titan of the insurance industry.  Originally begun in the 1870s in Zurich, Switzerland, the company was first offering “reinsurance” services.  Reinsurers are insurance companies for insurance companies – when run-of-the-mill insurers are suddenly and unexpectedly faced with a major loss event, some portion of their risk is then covered by their reinsurers.  For example, if Allstate and State Farm are suddenly hit with claims from a major hurricane, reinsurance coverage they have purchased will help them cover the losses.  Reinsurers, therefore, tend to be companies with deep pockets – Zurich, for example, has about $400 billion in total assets, nearly four times the assets that Allstate Insurance has, even though the two companies have similar annual revenues of about $45 - $50 billion.  The well-known Lloyd’s of London is another major reinsurer.Who is Zurich Insurance?

After starting as a reinsurance company, Zurich later added other services, including business accident insurance later in the 1870s and transportation liability insurance.  It first came to the United States, offering workers compensation insurance in several states between 1910 and 1915.

Zurich’s best-known presence in the United States is through its ownership of Farmers Insurance.  In the realm of personal injury law, however, Zurich is also often encountered as the policy issuer for a great many business liability and casualty customers -- which is another large segment of its business.   In addition to providing insurance to individuals through Farmers Insurance and business insurance for customers ranging from small businesses to major corporations, the third major portion of Zurich Insurance’s operations is providing life insurance and various financial services.

Zurich Insurance operates worldwide, but primarily in Europe and North America.  It has more than 50,000 employees and remains headquartered in Switzerland.

What Are Some Claims Practices of Zurich Insurance?

Zurich Insurance Company is only one of many major insurers that use the Colossus claims handling software for personal injury claims.  Originally a project of Allstate Insurance in the 1990s, Colossus and several similar computer programs – Claims IQ and Claims Outcome Advisor are two other software programs in wide usage -- have been developed and adopted by insurers for evaluating and managing injury claims.

The ideas behind Colossus, that appeal to insurance companies, include the ability to greatly increase the workload of individual adjusters by having software do much of the claim evaluation work that would otherwise demand the adjusters’ attention, as well as having a “black box” control over how individual injury types are valued and how a variety of claim “factors” modify that value.  Increasing adjuster workload means fewer personnel costs for the insurance company claims departments. Having control over the claim valuation factors allows the insurers to simply “tweak” the dollar values applied to individual claims in an opaque and difficult way to understand for claimants.

Unfortunately, both of these positive benefits for the insurance companies tend to produce negative results for personal injury claimants.  They eliminate much of the human influence on claim valuation – the individual adjusters have only minimal authority to make settlement offers outside of narrow value ranges defined by the computer program.  They also ignore the human element in personal injury claims – much, sometimes most of the value in a personal injury claim is in the general damages portion of the claim, the “pain, and suffering” and personal negative impacts that are experienced by the individual injury victim and which cannot easily be reduced to numbers and checkboxes that are computer program inputs.

Several years ago, the Law Offices of Edward A. Smith (Autoaccident.com) represented a client -- a woman in her early 50s at the time of her injury – who was injured in an incident in a retail store insured by Zurich Insurance.  The store featured a variety of imported foods and home products.  Our client’s attention was attracted to a stackable, metal wine rack on a shelf a bit above her head level.  As she touched the wine rack display, the upper section slid apart and fell onto her face and head, causing her to fall and suffer injuries.

Our client sustained injuries to several parts of her body, including her head, face, neck, and upper back, as well as very significant psychological and cognitive symptoms that resulted from these physical injuries.  By the time the claim settled after mediation, she had incurred more than $30,000 in medical expenses for treatments ranging from “conservative” -- such as physical therapy and counseling sessions – to more invasive testing and treatment, such as needle electromyography (nerve testing through needle electrodes) for her right arm and shoulder and epidural steroid injections into her cervical spine.  The cognitive and psychological symptoms had resulted in a significant negative impact on our client’s ability to work.

Zurich Insurance never made a significant settlement offer during informal negotiations – they chose to argue both liability and damages in this case.

Zurich Insurance’s adjuster and hired defense attorney essentially argued that our client was entirely responsible for the incident that resulted in her injury.  They argued that the rack on display would not have slid and fallen onto her had she not touched it in the first place.  It is certainly the case that people are in general responsible for taking reasonable action to ensure their own safety.  The important word here is “reasonable,” and it was our argument that Zurich’s policyholder was the one who had acted unreasonably.

More than one factor under the retail store’s control combined here to make it likely – almost inevitable – that an incident like this would occur.  First, this was a retail display – it was put out on the sales floor for the very purpose of attracting customers’ attention with the expectation that they would closely examine or even touch it.  Second, it was assembled in a way that immediately made it vulnerable to this type of event. What appeared to be two sections of a modular wine rack attached together into a single piece was actually two separate wine racks that had just been stacked one on top of the other and placed on the display shelf.  Nothing was holding the two sections together, and once it was touched, the two racks slid easily apart.  Third, these wine racks were placed on an upper-level display shelf – above eye level for shorter customers – meaning that how the wine racks were placed required a customer to approach more closely to examine them, with their location at a height where any problem that occurred would result in the merchandise falling onto a customer rather than in front of them.

To describe the proof of this liability, our law firm retained a widely-known expert in the field of “human factors” -- a type of safety expert who specifically focuses on how people interact with their environments around them.  If, for example, a person has a choice of two different paths, why might they take one path (a dangerous one) rather than another path (a safer one)?  In this particular case, why was it likely that a customer would interact with a merchandise display in the way that our client did, and what it was about the placement and assembly of the display that made it much more likely that an injury would result.

Our client’s injuries included spinal disc injuries in her neck that produced significant, long-term headaches, pain in her neck and shoulders, and nerve-related pain, numbness and tingling into her right (dominant side) shoulder, arm, and hand.  These physical injuries and symptoms also produced psychological and cognitive symptoms that both impeded our client’s ability to work and caused significant pain and suffering.

The injuries and symptoms were well documented by our client’s treating physicians. However, by the time her case had proceeded through litigation for several months, it was clear that her future losses for expected long-term medical care and negative impacts upon her ability to work were not as well documented.

To cover these bases, our law firm retained two other experts.  The first was a life care planner – a person with expertise in medicine (often they are nurses or doctors) and medical care economics.  A life care planner will take the prognosis and projected future care requirements that an injury victim’s doctors have forecast and turn them into hard dollar-figure numbers for the expected cost of the future medical care.

The second expert we retained for the damages case was a vocational rehabilitation specialist.  These folks have expertise in the educational, skill, and physical requirements required for all ranges of employment.  They can look at an injury victim who has sustained some degree of physical impediment or disability and point toward other employment options that both make use of their skills and experience and are within the scope of their physical limitations.

An experienced personal injury attorney knows that choosing and retaining the right experts is often a key factor for achieving good results on cases where liability and damages are not clear from the initial evidence.  These experts can explain why an injury incident occurred and how a defendant – Zurich Insurance’s retail store policyholder in this case – acted or failed to act in ways that caused the incident.  They can also put specific dollar-value numbers to future losses before they happen, such as better defining the cost of an injury victim’s expected future medical care and the economic diminishment of their work ability.

In this instance, the three experts our office retained were a key factor in this claim against Zurich Insurance settling at mediation for $175,000.00.

Learn more about insurance companies and their claim tactics below, and how a skilled personal injury attorney handles them:

Image by StartupStockPhotos from Pixabay