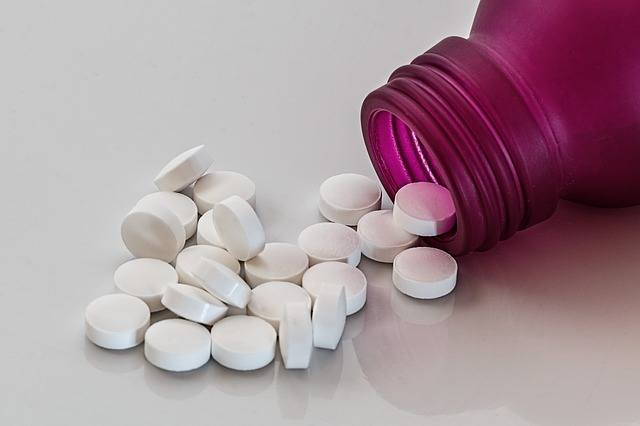 What is Zantac Used For?

Ranitidine is sold under the brand name Zantac. This popular prescription medication is used to treat excess acid production in the stomach. Over the years, this medication has become one of the leading products used to treat heartburn and similar conditions. By reducing the production of acid in the stomach, individuals who suffer from symptoms of reflux will experience symptomatic relief. Zantac can be used either alone or in combination with other medications to help people suffering from excessive acid production.

In addition to its top role as an acid reflux treatment, Zantac is also used to treat a number of other serious conditions. These include peptic ulcer disease and the rare condition, Zollinger-Ellison syndrome, which can lead to serious gastrointestinal complications. Both of these conditions also lead to excessive acid production, which Zantac is used to alleviate.

Outside of its role as an acid suppressant, Zantac has also been used to treat individuals suffering from an allergic reaction. Those who break out in hives, develop a rash, or even suffer an episode of anaphylaxis might be given Zantac as a component of their treatment. Because allergic reactions and acid production have similar mechanisms, Zantac plays a role in the treatment of both.

How Does Zantac Work?

Zantac works by reducing the production of acid in the stomach. In the stomach, the cells responsible for producing acid are called the parietal cells. These cells have a set of receptors (H2 receptors) that sit on the surface of these cells. A molecule called histamine binds to these receptors, causing the cells to release more acid during the digestive process. Unfortunately, this acid can also be uncomfortable.

Zantac works by blocking the ability of histamine to bind to these receptors. Zantac has a molecular structure that is similar to histamine. The drug binds to these receptors without triggering them, simultaneously blocking histamine from reaching the target site. As a result, the receptors aren’t triggered and the parietal cells do not release acid. Without the release of acid, people’s symptoms start to fade.

Zantac Side Effects: Understanding the Risks

Since its development in the 1970s, Zantac has proven remarkably effective in treating the symptoms of acid reflux. However, there are still a few risks that come from using this medication. Some of the possible side effects that everyone should keep in mind include:

In addition to these common side effects, there are also more serious problems that might develop in some people. These include:

Thrombocytopenia: Although this is rare, there have been some reports of a drug-induced low platelet count. If the platelet count falls too far, individuals taking Zantac can have problems with bleeding and clotting.

A Possible Link to Cancer

A recent recall was issued for Zantac due to concerns it might be linked to some types of cancer. There have been reports that an ingredient in Zantac, called NDMA, might increase someone’s risk of developing certain forms of cancer. This substance, already classified as a probable human carcinogen, is still found in everyday products. However, in everyday products, it is not present in levels high enough to cause harm. For now, the FDA is investigating NDMA’s presence in Zantac to see whether or not the formulation of the popular antacid needs to be altered or changed. Many facilities have already issued recalls for Zantac related to these worries.

In the following video, CBS This Morning reports on the findings of a cancer-causing chemical in Zantac.

Contraindications and Alternatives to Zantac

It is important for everyone who has experienced dangerous and adverse events from Zantac to seek medical care right away. Then, it is also prudent to speak with a drug products liability attorney. There might be channels through which individuals and families can recover damages.

I'm Ed Smith, a Sacramento Drug Products Liability Lawyer. Many people have questions after feeling the side effects of prescription medication. They deserve to have these questions addressed. If you are taking Zantac and have subsequently experienced serious side effects, you need the guidance of a professional attorney. Please contact me today at (800) 404-5400 or (916) 921-6400 to receive free, friendly legal guidance and advice.

I'm honored to be a part of the Million Dollar Advocates Forum & of the Top One Percent, which is a National Association of Distinguished Counsel.

Take a look at the list of our prior verdicts & settlements. See our client reviews on Google, Avvo, and Yelp.

Image Citation: The image used on this page was located first on Pixabay and has been shown here with permission.