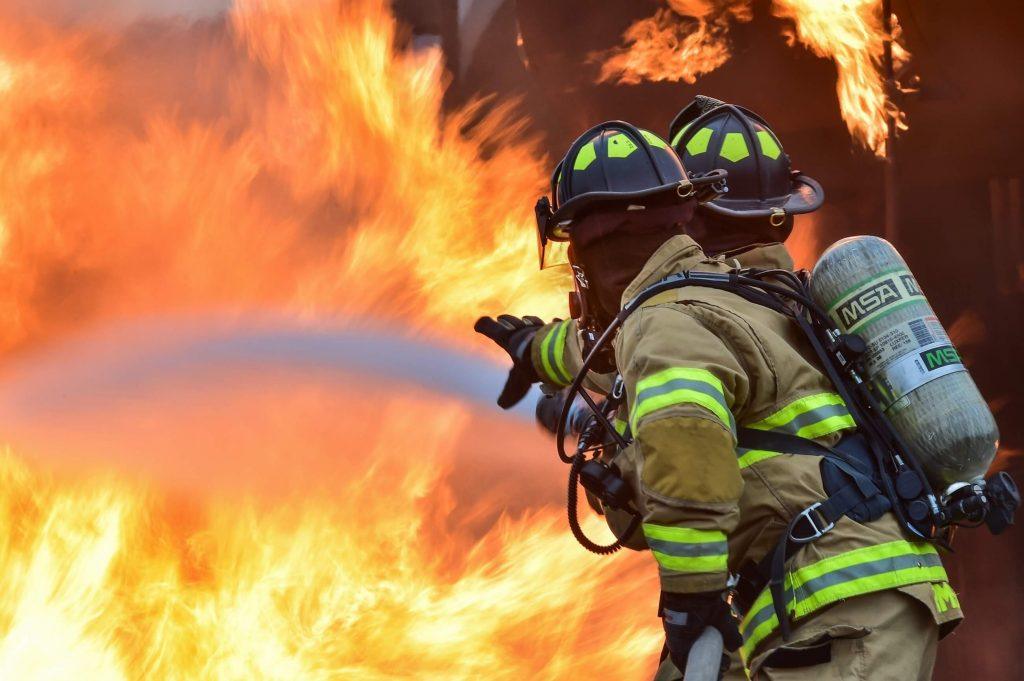 California can’t seem to catch a break. It is once again on fire. Fueled by triple-digit temperatures and dry conditions, several fast-moving, aggressive wildfires have spread throughout the Golden State. Thousands of Californians have been evacuated and face the uncertainty of whether they will have a home to return to.

While wildfires are common in California, the fire season starts earlier and ends later every year. The reason for this trend is climate change. Warmer temperatures in the spring and summer reduce snowpack. Early spring snowmelt causes longer dry seasons that increase vegetation moisture, making forests more vulnerable to wildfire.

The Dixie Fire started in Feather River Canyon above the Cresta Damon on July 14, 2021. This fire is the largest this season in California and is considered the state's 8th largest fire of all time.

Warm temperatures and strong winds fuel the fire, sending smoke into the Sacramento Valley while threatening homes in Plumas, Tehama, and Butte counties.

While cooler weather slowed down the wildfire’s growth, the blaze burned over 275,000 and was 35% contained by August 4, 2021, but remains a threat to over 10,000 homes in the region, about 175 miles northeast of San Francisco.

The cause of the Dixie Fire remains under investigation. However, Pacific Gas and Electric said in a statement that its equipment may have started the fire.

On July 4, 2021, the Tamarack Fire was ignited by lightning on a rocky ridgetop in the Mokelumne Wilderness and grew rapidly by mid-July due to heavy winds.

By August 4th, containment is up to 82%, and crews kept the fire from expanding through the week.

The Tamarack Fire has burned 68,696 acres so far. The Alpine County Sheriff’s Office reported that at least 23 buildings were destroyed.

All mandatory evacuation orders were lifted for over 2,000 residents, while Humboldt-Toiyabe National Forest remains closed in some areas.

More than 1,000 firefighters are battling the fire. The U.S. Forest Service has been criticized for leaving the small fire to burn itself out originally.

Watch YouTube Video: What to Know About How Tamarack Fire is Impacting Lake Tahoe Area. The following news clip from KCRA 3 explains how the Tamarack Fire affects Lake Tahoe.

Considered the sixth most destructive in the state’s history, the Carr Fire burned in Trinity and Shasta counties. It has taken eight lives, destroyed more than a thousand homes and buildings, and burned hundreds of acres. The fire forced thousands of residents in Redding and other communities in Shasta County to flee their homes.

The Carr Fire started in the foothills of the Shasta-Trinity National Forest and, within a matter of days, quickly spread and turned everything in its path into ashes and black embers.

How Did the Firenado Form?

The firenado developed as the fire erupted and started to rotate like a thunderstorm. Initially, the smoke plume reached about 20,000 feet but couldn’t go any higher because it was trapped under an inversion. The cap in the atmosphere triggered the smoke to spread out.

Two plumes managed to rupture the cap and exploded upward, reaching a height of almost 40,000 feet. That intense, quick upright growth of the fire drove an updraft that eventually spawned the tornado.

Watch YouTube Video: Firenado: Flaming Vortex of Destruction. This video from USA Today explains how wildfires are creating their own weather, including the firenado.

The Camp Fire burned in the small town of Paradise in Butte County, a retirement community with a population of 27,000. The fast-moving fire started on Thursday, November 8, 2018, in the rural area of Camp Creek Road near Highway 70 in the Feather River Canyon. Dozens of firefighters from across California have been called to help battle the fire.

The Camp Fire was the state’s deadliest fire in the last century. It has wiped out the entire town of Paradise, roared through nearby communities, and left a staggering toll. The fire has killed 85 people and injured three firefighters, while about 250 people are still missing. The fire has burned over 150,000 acres and destroyed nearly 19,000 structures, mostly homes. According to Cal Fire and the Butte County Fire Department, the Camp Fire has demolished more structures than California’s other seven worst wildfires combined.

Firefighters got a helping hand when California’s first winter storm dropped about seven inches of rain over the burn area two weeks after the fire started. The wet weather helped put out hot spots and allowed fire crews to search the area for more victims.

Watch YouTube Video: Paradise Lost: the town incinerated by California's deadliest wildfire. The video below shows the aftermath of the devastating Camp Fire in Butte County.

Who Should Pay for California’s Wildfires?

As wildfires continue to scorch across California year after year and are becoming the “new normal,” the big question is, “Who should be responsible for the billions of dollars of damages?” The extreme weather and wildfires across California have made this question an immediate cause for concern. The state’s Department of Forestry and Fire Protection concluded that twelve of the fires in 2017 were caused by PG&E’s power lines coming into contact with trees and dry vegetation.

The utility company will be held responsible for those damages even though it points to climate change as the real culprit. That may be the case, but as wildfires continue to be an issue in California, figuring out who pays for the devastation brought by climate change may not be as easy. In the meantime, consider reaching out to a wildfire lawyer to weigh your options.

Why You Need A Wildfire Lawyer

Thousands of people are now homeless due to the fires raging across the state. You may be entitled to monetary compensation if you have been injured, lost your home, a loved one, or a pet in a California wildfire. You will need to call your home or car insurance companies to file claims concerning all the damages that occurred. You will likely discover that you won’t have enough insurance benefits to cover the total losses.

Unfortunately, many insurance companies undervalue claims and will offer much less than the real value of your losses. This is where a wildfire lawyer comes in. An attorney will go to work for you and handle all the insurance issues to help you receive the full compensation that you and your family deserve to cover all fire-related expenses.

If you have suffered injuries, damages, or losses in one of these California wildfires, you need to know that you have rights. At this time, it does not matter how the fires got started. What really matters is getting the monetary compensation that you and your family need to recover and rebuild.

It may be too soon to know who is responsible for starting some of these fires. Still, when investigators determine the cause or causes, we will help to make sure that the guilty party is held liable for your losses, damages, and injuries from these fires.

Wildfires are one of the most devastating disasters for home and property owners. If you or a family member has suffered losses from the fires, whether injuries, property, or business, call our experienced California wildfire lawyers at (530) 392-9400 or (800) 404-5400. You can also contact us online.

We’ve been helping residents of Northern California and the surrounding areas since 1982. Our firm is currently accepting California wildfire cases. Our legal team will apply our collective expertise in helping you and your loved ones rebuild your life.

Editor’s Note: This page has been updated for accuracy and relevancy [cha 8.4.21]

Photos by Denniz Futalan from Pexels, Geralt from Pixabay, and Matt Howard on Unsplash