Why is this important?
Home
Resources
Dangerous Drugs
What you need to know about the Yaz and Yasmin Birth Control Device 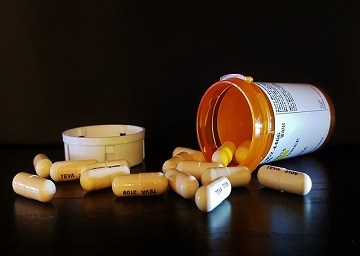 Yaz and Yasmin birth control are products of Bayer HealthCare Pharmaceuticals. Both medications have been under heavy scrutiny of late and possible recalls have been suggested. You may have noticed recently, commercials for Yaz and Yasmin that correct and try to clarify what has been said about the pill in previous ads. This is because the U.S. Food and Drug Administration (FDA) learned Yaz and Yasmin commercials were either false or misleading. The FDA demanded that the Bayer HealthCare Pharmaceuticals immediately put out commercials correcting the incorrect information. Yaz commercials claimed that the pill, along with preventing pregnancy, can also cure pimples and facial acne as well as alleviate PMS symptoms. This statement was never proven or approved by the FDA; however Yaz was making these claims in previous commercials.

These medications use a hormone called drospirenone, a synthetic form of progestin. The drospirenone in these birth control pills works in combination with ethinyl estradiol (EE) to prevent pregnancy. The drospirenone is what separates Yaz and Yasmin from other forms of birth control. Keep in mind, the pill has not been on the market for a long period of time, so long term side effects are still unknown.

Short term side effects of the Yaz or Yasmin pill may include:

While both pills are made by Bayer HealthCare Pharmaceuticals and are both forms of birth control, there are certain similarities and differences between the pills Yasmin and Yaz.

Both are oral contraceptives that contain both a progestin and an estrogen. They attempt to prevent pregnancy by stopping ovulation. Yasmin and Yaz are both different from traditional birth control pills because the progesterone that they use (drospirenone) is closely related to spironolactone, a medication used as a diuretic ("water pill"). Drospirenone has anti-androgenic activity, which means that it works against testosterone and other "male" hormones. All women have a small amount of these hormones, which can cause acne and other problems. This is why Yaz and Yasmin speculated on it’s commercials that it could treat pimples and facial acne.

Consult With A Doctor

If you are taking Yaz or Yasmin and have none of the side effects, what should you do?

Both pills, despite the documented side effects, have been approved by the FDA to prevent pregnancy. With the high number of women who are using these forms of birth control, the chances of having the side effects are slim but still very possible. If you are taking Yaz or Yasmin keep in mind because both drugs are relatively new, there still is no documentation of potential long term effects. If you wish to keep using the drug the best thing to do is make sure you do not smoke, and consult a doctor prior to using any medication, no matter how insignificant you think it might be.

Remember, while Yaz and Yasmin have had documented cases of successful use for years, both pills are under heavy scrutiny. First, they posted commercials with false or misleading information. Second, some of the information they advertised was not approved by the FDA. If you started taking Yaz or Yasmin based on the advertisings promises to reduce symptoms of PMS and help clear pimples and acne, or did not know all the possible side effects you should stop taking the product and consult with your doctor. Explain why you took the pill, and if you have mixed it with any medications, discuss your family medical history and any other potential problems, like smoking, while taking the pill.

The Law Offices of Edward A. Smith can be contacted online by clicking here.