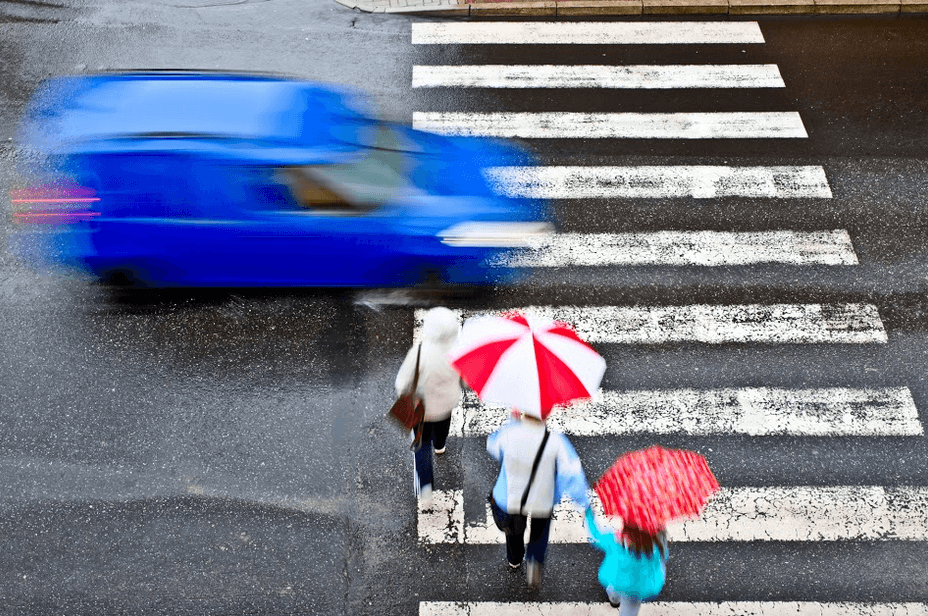 When someone is hit by a car while crossing the street, the ramifications can be deadly. For example, a Vacaville man was hit by a car on Woodcrest Drive between Alpine and Brown streets. The driver did not see the pedestrian but felt the impact when she struck him. Some reports indicate that the driver is blaming the morning sun.

Unfortunately, the tragic accident described above is not uncommon in and around Vacaville. California is a state with one of the highest fatality rates for pedestrians. In California, 23 percent of all traffic deaths involve pedestrians, well above the national average.

The studies conducted by the Governors Highway Safety Association discovered that, generally, a pedestrian is three times more likely to lose their life if they are hit by a motor vehicle traveling at 40 miles per hour or higher.

How Pedestrian Accidents Occur In and Around Vacaville

In the vast majority of collisions involving a pedestrian, the cause of the collision can be attributed to a distracted, intoxicated, or generally inattentive motorist. In fact, it is quite common for pedestrians to get hit by a motorist due to one, or a combination, for the following reasons:

Pedestrians Have the Right of Way

Under California law, pedestrians generally have the right to cross the street in both designated and unmarked crosswalks located at an intersection. According to California Vehicle Code § 21950, a motorist is legally obligated to yield the right of way to a pedestrian attempting to cross the street in a crosswalk or within an unmarked crosswalk at an intersection.

The law also states that a motorist approaching a pedestrian within a designated crosswalk or unmarked crosswalk is obligated to exercise due care. This means a motorist is generally required to reduce their speed and be especially vigilant when traveling towards a pedestrian.

If a motorist fails to exercise this due care, they may be held accountable for a personal injury claim.

Warning: Graphic Video: In the video below, a pedestrian was seriously injured after being hit by a police car responding to a robbery report.

What to Do After a Pedestrian Accident in Vacaville

If you were hit by a motorist while crossing the street, there are certain actions you can take to protect your legal rights and improve the viability of a personal injury claim against the negligent motorist. If you are physically able, consider taking the following actions after the collision:

Pedestrians Are Often Severely Injured in a Car Collision

When a pedestrian is hit by a motorist, the pedestrian usually bears the brunt of the damage. This is because the pedestrian absorbs the full force of the impact while the motorist is protected with airbags, seatbelts, etc. As a result, many pedestrians wind up suffering serious bodily injuries, such as:

As you can see from the injuries described above, a collision with a motorist can leave a pedestrian badly damaged. This often leaves the pedestrian harmed both physically and financially. As a result, you have the right to pursue financial restitution from the negligent motorist’s insurance company. For example, you can pursue damages for the following harms and losses:

Obtaining Financial Restitution Even if You're Partially At-fault

In some pedestrian accidents, the pedestrian may share some of the liability for causing the collision. For example, a pedestrian may have crossed the road while the hand signal was red or crossed where there was no marked crosswalk. Fortunately, this fact does not mean you are prohibited from obtaining financial restitution for your harms and losses. California adheres to the doctrine of comparative negligence. This legal standard means that a pedestrian can still be awarded damages, but the total amount awarded will be deducted based on a jury's percentage of fault assigned to the pedestrian.

The consequences of an accident involving a pedestrian can be devastatingly catastrophic. If you or your loved one has been injured in an accident, or worse, killed, please do not hesitate to contact our experienced Vacaville pedestrian accident attorneys at (707) 564-1900 or (800) 404-5400 for free and friendly advice.