Using Your Own Words Against You 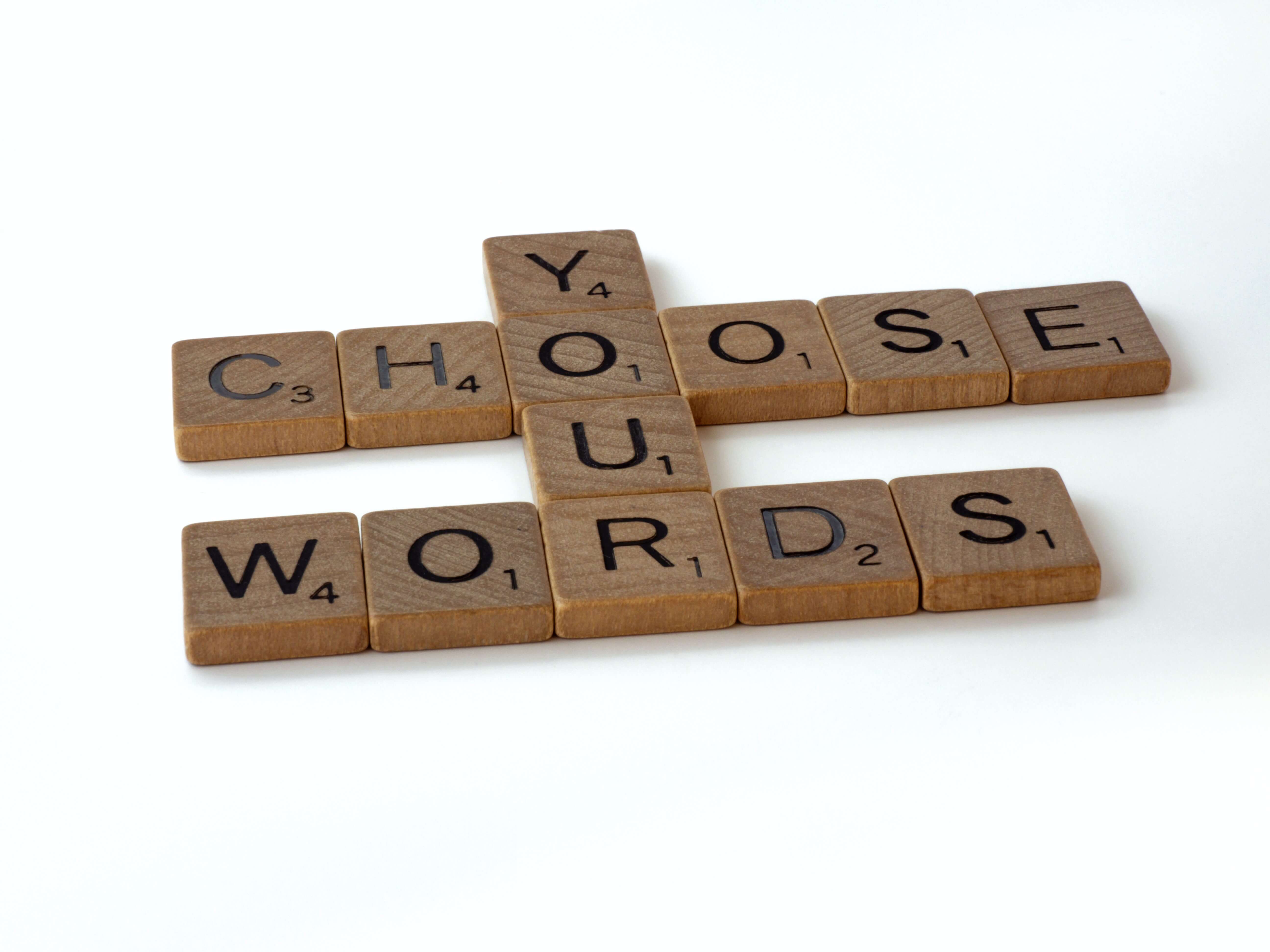 “You have the right to remain silent.”  Anyone who has watched American crime dramas will be familiar with these words – perhaps to the point of having memorized them – that are recited by a fictional police officer to a fictional criminal who was just put under a fictional arrest.  Of course, they stem from real-world criminal law and legal rights.  These words, however, are good ones to keep in mind when communicating with insurance companies and their adjusters regarding personal injury claims.  Their job is to settle claims for as little as possible, and if an injury victim unintentionally provides information that they can use to deny or minimize a claim, they’re happy to do so.

Obviously, we can’t just say nothing to an insurance company about a claim we are submitting to them.  They are entitled to receive adequate information and evidence to prove the claim and to allow them to reasonably evaluate it.  They need proof of who caused the accident that produced a victim’s injuries – this is proof of liability.  They need evidence that the accident caused specific injuries that the victim suffered – this is proof of causation.  And they need evidence of what consequences the victim suffered as a result of those injuries in the form of economic damages like medical bills and wage loss and non-economic damages such as pain and suffering – this is proof of damages.

These are all questions about the control of information and its transmission to the insurance company.  An injury victim who chooses to communicate with an insurance company directly about his or her injury claim is definitely taking some chances -- careful, considered, and controlled communication of information and evidence to an opposing insurance adjuster or defense attorney is one of the most important services that an experienced personal injury attorney can provide to a client.

As we have discussed elsewhere, insurance adjusters are frequently well-trained in customer service speaking techniques designed to reduce tension, establish a sense of familiarity, and generally “break the ice” with claimants they’re speaking with.  Beyond simply making the person they’re talking with feel at ease – a perfectly appropriate thing to do – it can also lead the person into revealing irrelevancies and speculation that will do their claim no good and may actually do it harm.  It’s important to communicate without over-communicating.

A conversation with an insurance adjuster about a claim that is being made is – and should be approached as – a crucial legal communication.  The details being provided to the adjuster will be used to prove and evaluate the claim – a good thing.  Other information being provided may be used to disprove or deny the claim – a bad thing.  Knowing the difference and approaching the telephone call with a plan is crucial.

Deciding exactly what information is going to be transmitted and having it prepared and assembled before making the phone call is a good place to start.  If we have a plan for a communication effort, then we’re less likely to stray into irrelevant topics.  And making notes of what’s discussed is also key – the adjuster will certainly be making thorough notes of the discussion, as they have been trained to do.  Jot down notes of important items during the conversation, and write out a few sentences summarizing the conversation as soon as it is over.

Liability – proving who caused an accident – is usually something that’s established early on in a personal injury claim.  In many cases, it may be immediately obvious who caused the accident.  If a car is sitting at a stoplight and is suddenly rear-ended by a moving vehicle, it’s perfectly obvious who is liable for the incident.  It may be perfectly safe to say, “I was at a stop at a red light, and your driver rear-ended me.”  But more words than this are unnecessary and may be inadvisable.  Unnecessarily offering that, “I was stopped for 20 seconds” may just become a point of argument or the basis for criticizing the claimant’s credibility as a witness if they later offer testimony that they were stopped for 40 seconds.  Or a police traffic collision report may be issued a week later recording the claimant’s statement to an officer that they had “only just stopped” for the red light.  Don’t speculate, don’t offer unnecessary detail, be aware of what other evidence may say on the topic.

In many other cases, however, it may only seem obvious who caused the accident.  Someone who pulls out on a roadway and collides with a car that was already on that road may appear at first glance liable for the collision -- until independent witness statements show that the driver on the roadway was traveling far more than the speed limit.  Don’t make assumptions based only on what we know now – collect all the evidence before making conclusions and discussing them with the insurance company.

And in some cases, the initial evidence may be completely contradictory as to who is liable for an accident – two drivers who collide in an intersection with both drivers insisting they had green lights.  Again, police reports and witness interviews may be necessary to prove what happened.  Or even a technical examination of the signal system and light sequencing.

In all these situations, it’s crucial to carefully consider what information is being provided to an insurance adjuster.  Only provide what we know is true.  Don’t speculate about unproven possibilities.  Verify the facts with the available evidence or, if necessary, seek out more evidence to prove liability.

Causation – the idea that a particular accident caused a particular injury – is the second element needing to be proven for a personal injury claim evaluation.  Early on in a personal injury claim, when many folks may still be communicating directly with an insurance adjuster on their own behalf rather than through an attorney, adjusters will seek to find out what injuries are being claimed to have resulted from the accident.  They have a few different reasons for doing this.  First, they need to know what actually appear to be the injuries caused by the accident – this lets them understand the possible dollar value of the claim (by plugging the injuries into the computer valuation programs) and set the “reserves” that are used for internal accounting and reporting purposes by the insurance companies.  Second, they would like to collect information on pre-existing or tangential problems that they might use to argue down the claim value at a later date.  And third, they would like to pin the claimant down to a “complete” list of injuries should some other symptoms pop up a day or a week or a month later.

Again, it’s important only to relate what’s known to be true, not to rule out anything that we don’t know for certain yet, and to avoid discussing information that may be speculative and/or irrelevant.

“Damages” is the legal term relating to the value of the losses sustained by a personal injury victim.  This includes economic damages such as medical bills and wage loss and potential future medical expenses and future wage loss or loss of earning capacity for injuries that have resulted in permanent disability or which have not entirely resolved when a claim is settled.  Also included are non-economic damages for the pain, suffering, and other non-monetary components of the injury.  Obviously, it may take quite a while for the evidence of these damages to become clear and well known – we won’t have final medical bills until treatment with the doctors is completed, we won’t know the total amount of wage loss until we’ve healed to the point of being able to return to work, and we won’t know the duration of painful symptoms from an injury until it has (hopefully) completely healed.

So, at the point early on where many injury victims are initially communicating with insurance adjusters on their claims, there may actually be very little known for certain as to what the detailed damages may be.  There may be additional treatments that the doctors haven’t yet recommended.  It may be necessary to take more time off work to heal than what the doctors first thought.  Even many of the initial medical records and bills may not be collected and compiled as yet.

Once again, with information about damages -- as with liability and causation – we want only to transmit information to the adjuster that we know is true, that doesn’t preclude other possibilities that may unexpectedly pop up, and which we know is supported by and in agreement with the written evidence that supports the facts.

The insurance adjuster isn’t your friend.  They’re someone trying to do a job, which is to settle claims for as little as possible.  They will be carefully noting anything and everything you tell them in conversation, and whatever is revealed to them that they may use to deny or minimize your claim, they will use it.  Protect yourself by retaining an experienced personal injury attorney who will know what information to provide to the adjuster on your claim and how and when to provide it.

For information on insurance companies, their claim tactics, and how experienced injury attorneys deal with them, see:

Photo by Brett Jordan on Unsplash