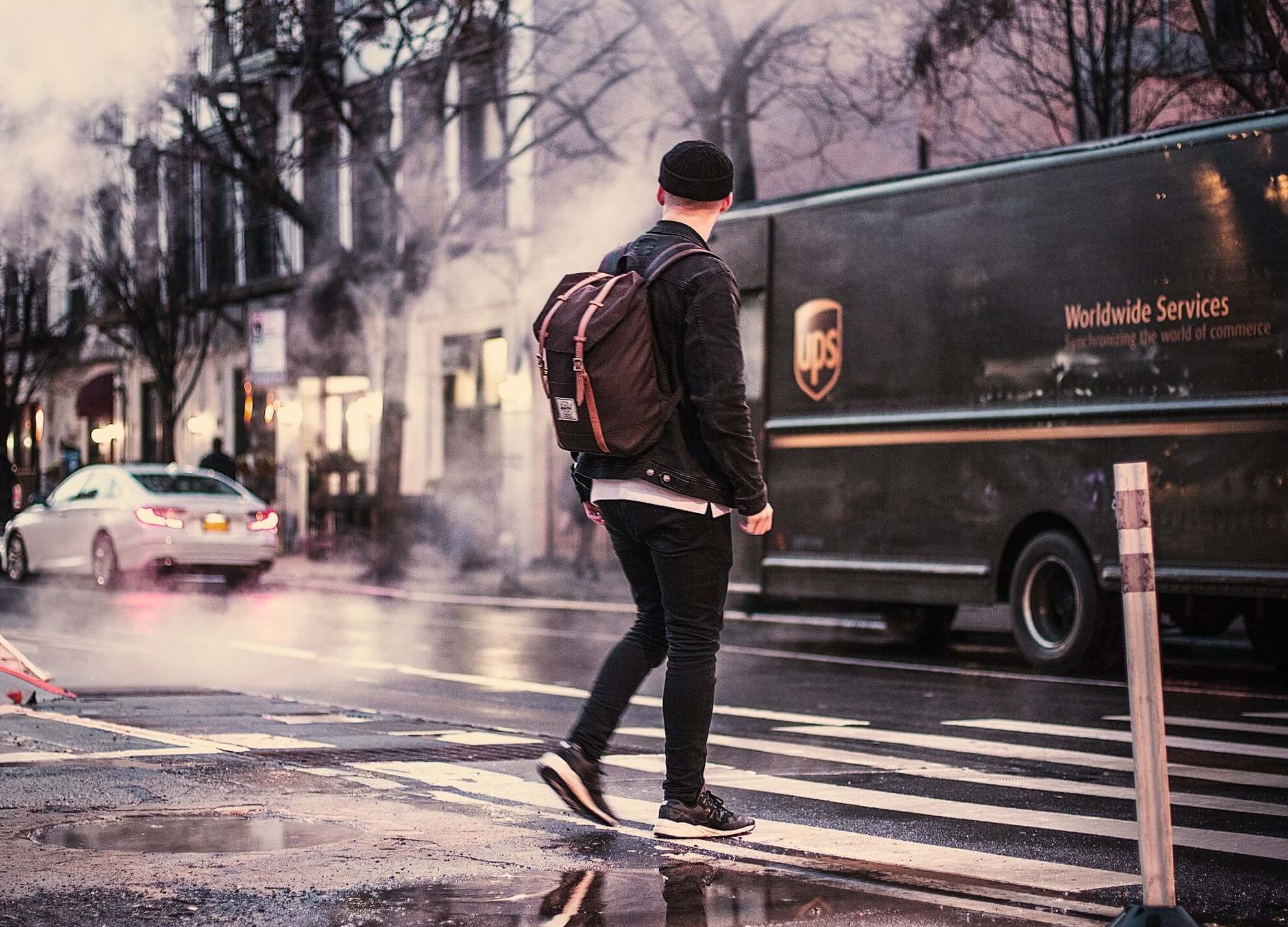 The biggest factor affecting the number of accidents that a particular trucking company is involved in each year is the number of vehicle-miles driven. For the UPS delivery service, that is a huge number. With more than 120,000 trucks and other vehicles out on the road, UPS has about six times as many vehicles as its next largest delivery competitor, FedEx.

UPS (its formal legal name is still United Parcel Service, Inc.) traces its corporate roots to the American Messenger Co. delivery service founded in Seattle in 1907. After expanding into California after World War I and switching from message delivery by foot and bicycle to package delivery by motor vehicles, the company changed its name to United Parcel Service. The company expanded to the East Coast by the 1930s and added air delivery to its services. By the early 1970s, UPS was providing service throughout the United States and had begun international services.

Currently, UPS has nearly half a million employees and annual revenues of more than $70 billion. Its brown-and-yellow logo is instantly familiar.

UPS has a satisfactory safety rating with federal regulators. Still, the sheer size of its operation – more than 3,000,000,000 road-miles driven in the United States per year – means that accidents will eventually happen. As a result, UPS currently averages about two dozen fatal accidents per year in the U.S. and about 400-500 accidents with serious injuries.

Additionally, the types of large trucks operated by UPS are more likely to cause serious injuries or deaths when they are involved in crashes. These large vehicles are much more difficult to stop and steer at high freeway speeds.

Compared with its closest competitor – FedEx – United Parcel Services employs mostly all of its truck drivers. (FedEx tends to use many independent contractors.) These drivers are expected to make their long-distance deliveries on time, and this pressure can result in some of them working too many hours, getting too little rest, and as a result, being less safe behind the wheel. While major trucking companies like UPS will typically have very detailed and effective training programs for their drivers – because they’ve learned over the years of the dangers of not having these programs – it sometimes happens that the companies are less effective than they should be at making certain that their drivers follow their training and safety rules.

For companies like United Parcel Service that employ their own drivers (rather than using numerous contractors), the responsibility for injuries and deaths caused by negligent drivers is even more direct.

The following video shows a scary moment when a UPS truck accidently rolled backwards in a neighborhood.

What is Common in UPS Truck Crash Injury Settlements and Jury Verdicts?

Personal injury claims resulting from trucking crashes with United Parcel Service trucks often have a significantly higher value than other types' traffic injury claims for several reasons. Among these are the seriousness of the injuries, the large amount of available coverage, and the corporate status of UPS itself.

The biggest factor in valuing a personal injury is the severity of the injury itself. Because accidents involving trucks such as those operated by UPS are more likely to cause death or major injuries (due to the size of the trucks and the difficulties they have in braking and maneuvering), the incidents often cause more serious injuries and death, directly resulting in larger average settlements and verdicts.

Also, with a major company such as UPS, there is no danger of inadequate insurance coverage for injury claims involving serious injury or death. It may often be the case with smaller personal liability insurance policies and the liability policies for smaller businesses. A company, the size of UPS has the deepest of deep pockets.

Additionally, the sheer size and fame of a company like United Parcel Service mean that jurors are more likely to award larger verdict amounts to victims of negligent UPS drivers – and the size of those verdicts similarly impact those claims against UPS that are settled at earlier stages of litigation.

Attorneys who handle run-of-the-mill car crash cases may not always have the skills and experience to hand claims for major injuries and deaths against trucking companies such as United Parcel Service. There are many more aspects of these types of cases and different paths that have to be explored.

Major trucking companies will typically maintain extensive records on their drivers, including the driver training, accident, and driving records, that have to be thoroughly examined to determine if they have been properly trained and supervised by the company.

Additionally, large commercial trucks will typically collect driving and accident data via GPS and on-board sensors and recording instruments. These provide different avenues for determining both the facts of the accident, such as speed, the direction of travel, braking events, etc., as well as hours spent behind the wheel by the driver leading up to the accident.

As with any traffic accident, first, look after yourself and other people involved in the incident. Call for help from law enforcement, fire, and medical personnel.

Be sure to make contact with the police officers who investigate the accident. Often, large trucking accidents may involve numerous vehicles and many people, and determining just how the accident occurred can be more difficult for investigators than with typical accident cases -- be sure the police get an accurate statement from you and your passengers about how it seemed to you that the accident happened.

Be careful about making statements to anyone else about the accident and your injuries. Many times, the trucking company or its insurers will promptly start investigators working on interviewing other drivers and witnesses. If it was a serious enough crash to make the news, you might be contacted by news reporters. Or if many other people were injured in the incident, you might be hearing from investigators hired by attorneys representing those other victims. It’s always best to consult with an attorney who will represent your interests first.

If you or a member of your family is injured in an accident involving a United Parcel Service truck, be sure to look for help from an experienced personal injury attorney. These types of trucking cases are often much more complex and challenging to resolve than more common types of car crash incidents. The Law Offices of Edward A. Smith – AutoAccident.com -- has been handling major personal injury cases, including trucking accidents involving companies like UPS since 1982.

Photo by Joshua Earle on Unsplash