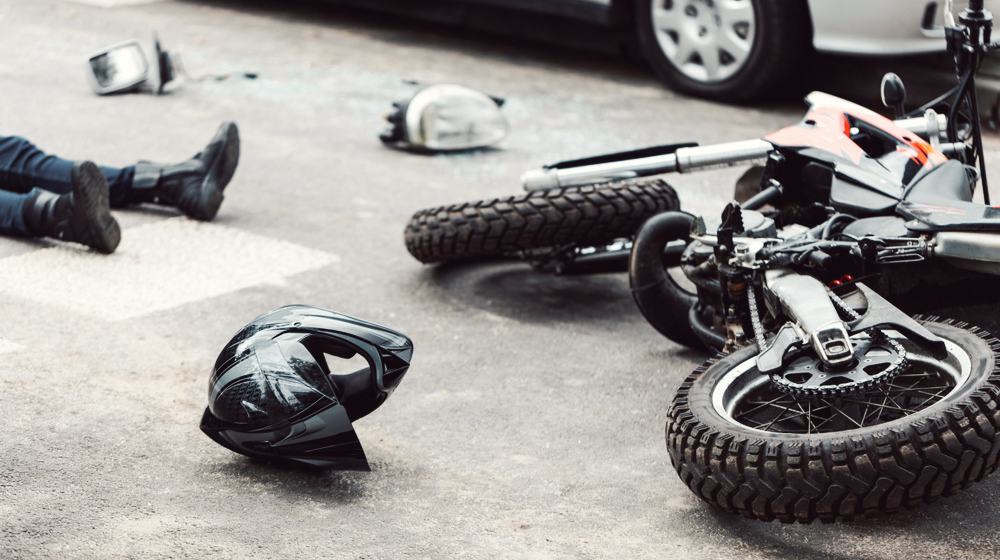 Many people rely on motorcycles both as a form of transportation and as a recreational vehicle. Like driving a car, it is important for everyone to make sure that they are riding their motorcycle safely. This means wearing a helmet and proper safety gear every time they ride and avoiding bad weather.

Unfortunately, motorcycle accidents can still occur. When they do happen, they often lead to more serious injuries than those in car accidents because of the lack of a metal frame. There are many different types of injuries that someone could sustain while riding a bike. One of the most severe possibilities is a traumatic brain injury.

A traumatic brain injury is an injury to the brain tissue enclosed within the skull. These can vary in severity from a minor concussion to a possible, life-threatening, catastrophic injury. Unlike other parts of the body, the brain does not have the same regenerative capacity. This means that if the neurons inside the brain are damaged, they are often permanent. Some of the mechanisms of a traumatic brain injury that occur while riding a motorcycle include:

Symptoms of a Traumatic Brain Injury: What to Watch For

Because a traumatic brain injury involves damage to the brain tissue itself, the symptoms could vary depending on the location of the brain that has been damaged. On the other hand, there are a few common symptoms that are shared between many different types of brain injuries. Some of the common symptoms include:

If a brain injury isn't diagnosed quickly, these symptoms could progress and possibly lead to death. Therefore, it is important to know some information about the various types of traumatic brain injuries that could occur.

According to information published by the National Highway Traffic and Safety Administration (NHTSA), individuals who ride motorcycles are 26 times more likely to be killed in an accident than those who ride in a car, on a per-mile-traveled basis. In many cases, the cause of death is a traumatic brain injury. Furthermore, traumatic brain injuries are among the leading causes of morbidity and mortality in the United States. There are many different types of traumatic brain injuries that someone could suffer, which include:

All of these traumatic brain injuries have the potential to be serious. The emergent treatment of a traumatic brain injury often includes intravenous fluids, steroids, and possible surgery. Even after someone has been stabilized following a severe accident, serious complications can still develop.

It is easy to see how these different issues can place a lot of stress on family members and friends. Some individuals with traumatic brain injuries could become entirely dependent on someone else for all of their care. Because of this, people should take steps to prevent head injuries from occurring while riding a motorcycle.

The Importance of Helmet Use

One of the ways that people can protect themselves against severe traumatic brain injury is to wear a helmet. Over the years, technology has progressed drastically, and many studies have shown that motorcycles can significantly reduce the risk of suffering a head injury in a motorcycle accident. In a study published in the Journal of Epidemiology, this was demonstrated once again. According to some of the information published in the study:

The information in this study shows just how crucial it is for everyone to wear a helmet. Unfortunately, many people still do not take advantage of helmets. Some people may think that:

No matter what anyone thinks about the "style" of helmets, the bottom line is that they can prevent serious injuries and save lives.

The video below shows how to choose the right motorcycle helmet size for your head.

Editor’s Note: This page has been updated for accuracy and relevancy [cha 12.3.20]

Image by Dmitrii Bardadim from Pixabay