Why is this important?
Home
Verdicts and Settlements
Truck Accidents 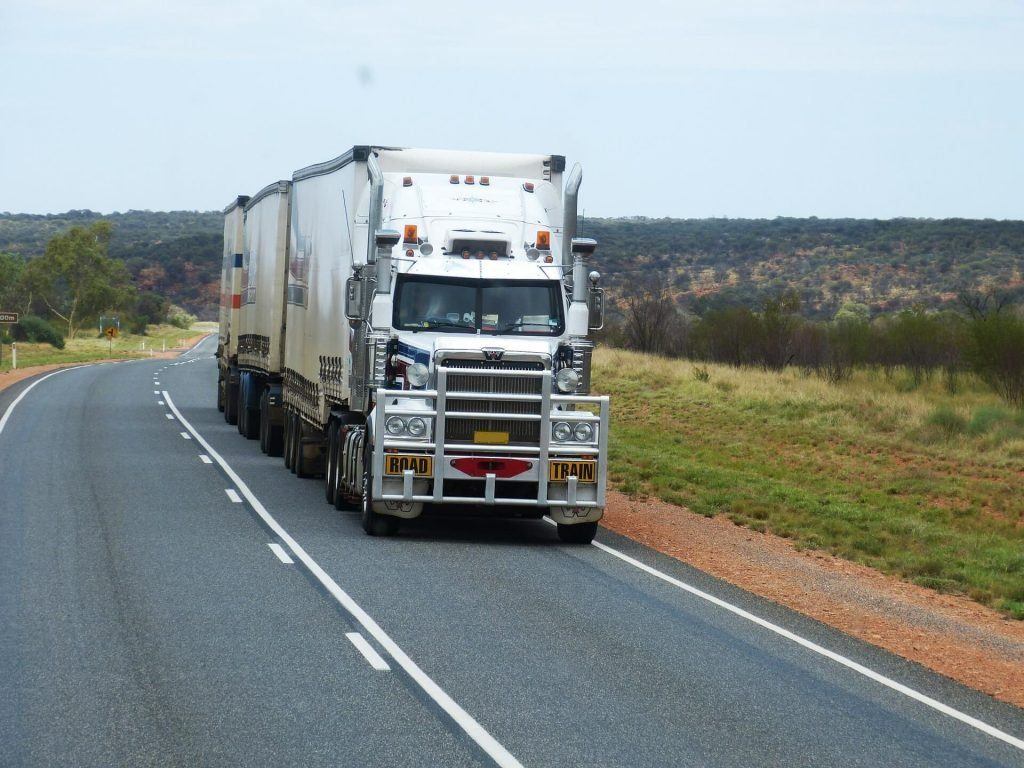 $4,100,000
Multiple Semi-trucks and trailers colliding after sliding on black ice - We handled this case in association with a top-rated Montana attorney. Many thought this case impossible to win because there were several semi-truck and trailers involved that collided over black ice and all the defendants claimed an "act of God" defense. Our client was asleep in the cab of his semi-truck when another semi-truck slid on black ice colliding with our client’s semi. The collision caused many serious, life-threatening injuries to our client, including Left Tl and T2 spinal fractures (in the facets), and Atlanto-Occipital dissociation (head separated from the neck, but soft tissue connecting the two, including the spinal cord). Our client spent several weeks undergoing and recovering from many surgeries in Montana, Seattle and Sacramento hospitals. This case settled at mediation for what is believed to be one of the largest personal injury settlements in Montana state history.

$2,500,000
Disputed Liability Rear End Freeway Collision - In the early morning hours, our client rear ended a flatbed truck carrying rebar. Several pieces of rebar impacted and entered our client’s torso, face and skull causing several severe maxillofacial injuries including a fractured maxillary and orbital floor, and comminuted fractures of the anterior, lateral, and medial walls of the maxillary sinus. Our client also suffered a comminuted displaced open clavicle fracture, and comminuted rib fracture. In litigation, defense counsel argued that our client was entirely at fault because he was likely speeding and had rear ended the truck carrying the rebar. We argued, and successfully proved, that the truck driver had unsafely entered traffic and as a result was at least partly responsible. We were also able to show that the defendant truck driver was driving too slowly entering the freeway immediately prior to the collision which created an unsafe condition, and did not have the needed rear end lighting as required by Federal Motor Carrier Safety Administration rules concerning vehicle conspicuity. Certain conspicuity requirements exist for both private and commercial vehicles. Our knowledge of Federal requirements helped resolve this highly contested case in our client’s favor.

$2,245,000
Semi-Truck vs. Automobile Collision - We handled this case in association with the R. Rex Parris Law Firm, attorneys Stephen McElroy and Ashley Parris. The case involved the wrongful death of a passenger in a van, in addition to serious injuries of a physical and emotional nature involving the young son of the decedent who witnessed her violent death. An elderly woman had stopped at the entrance to the freeway instead of merging. The defendant, a truck driver, saw her stopped some 17 seconds from point of impact but instead of slowing down or moving over a lane. He decided to lean on his horn for 5 seconds. The elderly lady, scared by the horn, pulled out at the last minute, resulting in the collision and the death of our client's mother. The matter resolved for the joint policy limits of all drivers involved in the accident, on the fourth day of trial, during jury selection, when the primary Defendant, the truck driver who had refused to accept responsibility for causing the accident, ultimately tendered his $2,000,000 policy limits.

$1,208,401.52
Jury Trial Verdict - Sacramento County Superior Court - Our client was rear-ended by a fully loaded 73,000-pound logging big rig truck. The estimated speed at collision was between 6 to 7 miles per hour. Our client was driving a sedan which was pushed forward into another vehicle. All vehicles sustained minor physical damage. Our client’s vehicle was declared a total loss due to bending of the frame. Immediately after the collision, our client had neck pain. Over a year later, numbness in her arms and severe headaches interfered with her ability to enjoy life and work. After conservative treatment by Kaiser failed to remedy the problems, our client consulted with an orthopedic surgeon. After concordant discography confirmed disc disruption, our client received a one level artificial disc replacement at the C5/C6 level. Following surgery, our client’s neck pain and headaches were initially resolved. Approximately one year after surgery, our client began to experience neck pain and headache in steadily increasing frequency and severity. our client also experienced persistent low back pain and soreness. Our client's experts opined that the decline in Plaintiff’s condition after surgery was due to subsidence (sinking) of the artificial disc and abnormal cervical curvature (kyphotic deformity). Our client's experts further opined that the artificial disc would fail sometime in the next 5 to 40 years. Defendants’ opinion providers stated Plaintiff had an excellent surgical outcome, that all current pain was related to repetitive work trauma due to her occupation as a cosmetologist doing nails and hair. The defendants’ offer before trial to resolve the case was $526,000.00. After three week trial, the jury awarded our client $1,208,401.52.

Confidential Settlement Figure
Tractor-trailer Rollover Accident. Our client was traveling on the highway when the defendant driver lost control of his vehicle on the icy highway. The vehicles collided. Our client was on a tractor-trailer that flipped onto its side causing our client to sustain a traumatic left arm amputation above the elbow.

$500,000
Truck vs. Truck Collision - In this matter, we were successful in obtaining the full combined policy limits from the third party carriers and our clients’ underinsured motorist carrier concerning the wrongful death claims of the children and wife of a person who was killed during a vehicular chase which ensued following an alleged armed robbery. Despite the potential liability of our clients’ decedent, and despite the alleged criminal acts by the decedent, and despite potential ‘intentional acts exclusion” defenses which might have been available to the third party carrier (as it is alleged that their insured intentionally rammed the rear of decedent’s vehicle causing decedent to lose control, overturn, and sustain fatal injuries), we were successful in prevailing upon theories of negligence and the overall limits resolution.

$460,000
Semi-truck vs. Vehicle Collision - Our client suffered a cerebral contusion with associated loss of consciousness along with severe headaches and amnesia.

$450,000
Semi-truck vs. Vehicle Collision - Our client suffered a herniation to cervical level C5-6 with associated loss of nerve input.

$446,418
Semi-truck vs. Vehicle Collision - Our client suffered neck and back injuries with disc herniation at L5-S1.

$325,000
Semi-truck and Trailer Motor Vehicle Collision - We obtained a $325,000.00 settlement, following mediation, of this very difficult and medically complex case. Our client was involved in a motor vehicle accident with a semi-truck and trailer. As a result of the collision, our client suffered back injuries requiring surgical procedures to ease his pain. The Defense, in this case, argued that as evidenced by our client's extensive prior history of back problems, his treatment post-subject collision was just a continuing and natural progression of an already existing condition. Defense's position was that the surgical procedures that our client underwent would have been necessary, and would have occurred, regardless of the subject collision. Ultimately, our detailed and comprehensive analysis of our client's medical records persuaded the defense that our client's injuries, and resulting treatment, stemmed at least in part from the collision caused by the defendant. We employed the services of Life Care Planner Dorajane Apuna to determine and calculate our client's future medical needs and their costs. We also employed Vocational Rehabilitation Expert Robyn David Harris to determine and calculate the effects our client's injuries would have on his earning capacity over the course of his life. Both experts' work contributed to the successful outcome of our client's case.

$150,000
Auto vs. Refrigerated Truck - Our client was an 88-year-old retired father, grandfather and recent widower. While stopped at a red light he was rear-ended at a high rate of speed causing the glass of most of the vehicle's windows to break. He sustained severe lacerations to his hands, arms, and head as a result. Despite medical treatment, cellulitis in his arms and had occurred. He also lost a tooth and broke his eyeglasses in the collision. Our client was so shaken up by this near-death experience that he stopped driving after the collision.

$115,000
Box Truck Accident-Causing Multi-Car Collision - Our Sacramento personal injury law firm represented an individual who was one of four vehicles involved in a car accident with a commercial 14,5000-pound box truck. He was in the lane next to where the truck and the first two vehicles that were struck by the commercial vehicle were. The impact caused these vehicles to be pushed out of their lane and into the lane our client was in. After being struck by the box truck, he hit the vehicle in front of him. Our client's only injury was a fractured pinky or 5th digit finger that resulted in the displacement of the bone. To improve the finger's alignment and his chances of recovery without finger deformation, surgery was performed placing wires (pins) along the fractured bone. Physical therapy was provided post-surgery.