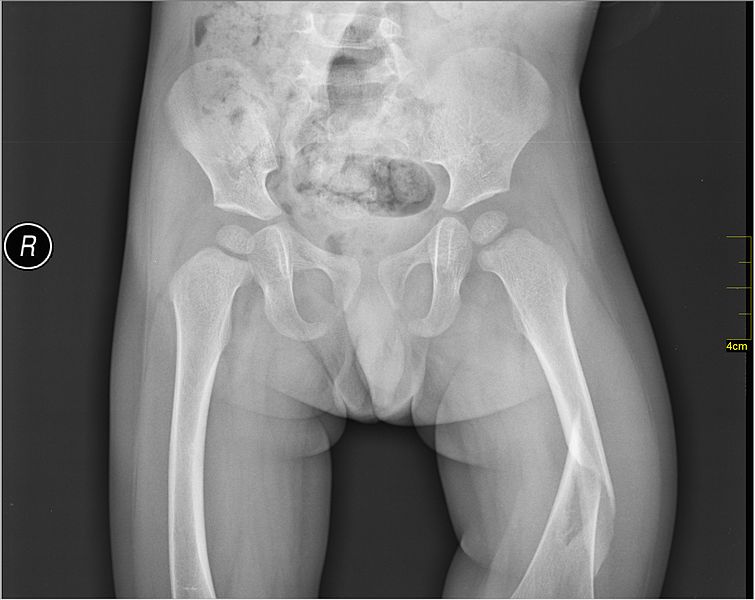 I’m Ed Smith, a Sacramento Femur Fracture Attorney. Many people have broken bones as a child; however, fractures that occur in the leg can have serious implications for the child's future growth and development. For this reason, the proper treatment method must be used. A recent research study sought to analyze just this to improve recommendations.

When children suffer a femur fracture, the first step in treatment is to properly diagnose the fracture. Because a femur fracture can develop in any number of locations, x-rays, MRI scans, and other images are important in diagnosing not only the femur fracture but also any of the other associated injuries for those who have suffered polytrauma. If the patient has been diagnosed with a femoral shaft fracture, there are two treatment options that are widely used:

External Fixators: This method is the more common of the two treatment options in children. In this surgical procedure, rods are often placed in the femur to help stabilize the bone and hold it in place. After this, external fixators are applied on the outside of the bones. These are pieces of equipment that help the bones heal properly by immobilizing them. This prevents anatomical defects from developing during recovery. Examples of issues that might arise include leg shortening or malunion.

Plating: This option uses metal plates to help hold the corrected bone fracture in the proper position. During the surgical procedure, the fractures are first reduced and placed into proper alignment. Then, plates are screwed into place that will keep the bones from moving during the healing process. The plates are on the outside of the bone as opposed to the rod which is inside of the bone. Most plates stay in place for life.

The researchers decided to put together a study that analyzed the outcomes of children with femur fractures after the plating surgical procedure was used to correct the fracture. There were two different study populations that the researchers took a look at. The first group was a set of 36 patients who had developed a femur fracture in their shaft as a part of a polytraumatic accident. The other study group had ten patients who had suffered malunion after the femur fracture in their shaft had been repaired. Patients in these study groups followed up routinely after the care of their traumatic injuries.

What Were the Results?

All of the patients in this study had their femur fracture repaired using the plating method. All of the children in the study achieved a proper union of their femur fracture except for one. This is a success rate of close to 98 percent. Furthermore, there were no major complications or comorbidities that developed in any of the patients. Examples of significant complications would have been an equipment failure, pulmonary embolism, or some other major medical even that required an extended hospital stay. Finally, another major issue that the study analyzed was the rate of limb length inequality. When children suffer a femur fracture in the shaft, there is always a risk of one leg winding up longer or shorter than the other. This represents a major aesthetic and functional issue for children, particularly as they continue to grow and develop. Fortunately, only an insignificant limb length inequality developed and this was only found in six children. None of the other children had limb length inequality. These results provide another valuable piece of information for those deciding on how best to treat femur shaft fractures in children.

What Does This Mean?

Although this study does not compare the two treatment methods to each other, it does demonstrate that plating can be used as an effective treatment method for children with a femoral shaft fracture even though intermedullary rods and external fixation is the more common of the two treatment options. Because there was an almost nonexistent rate of malunion, the fractures were repaired properly. Lack of complications and comorbidities after the procedure means that the surgical method is safe. Finally, a low and insignificant rate of limb length inequality indicates that children recover and regain functionality at a high rate.

The study had a relatively small population and did not compare the two treatment methods. It could be interesting to complete a study on a larger population size and take a look at how the two treatment options compare to each other when used on the same population. Perhaps this study will be repeated in the future and help to further the guidelines on how a femur fracture in the shaft of a child should be repaired. The goal is to provide the best opportunity for recovery to baseline in every patient.

I am a Million Dollar Advocates in California. This group of trial attorneys have won verdicts or settled a case in excess of $1 Million dollars.

Some of my verdicts and settlements can be viewed here.

A large number of my prior clients have written reviews that may be viewed on Avvo, Yelp, and on Google Plus.