Why is this important?
Home
Resources
The Tricks Insurance Companies Play and How We Deal with Them
The Insurance Industry and Individual Companies
Travelers Insurance 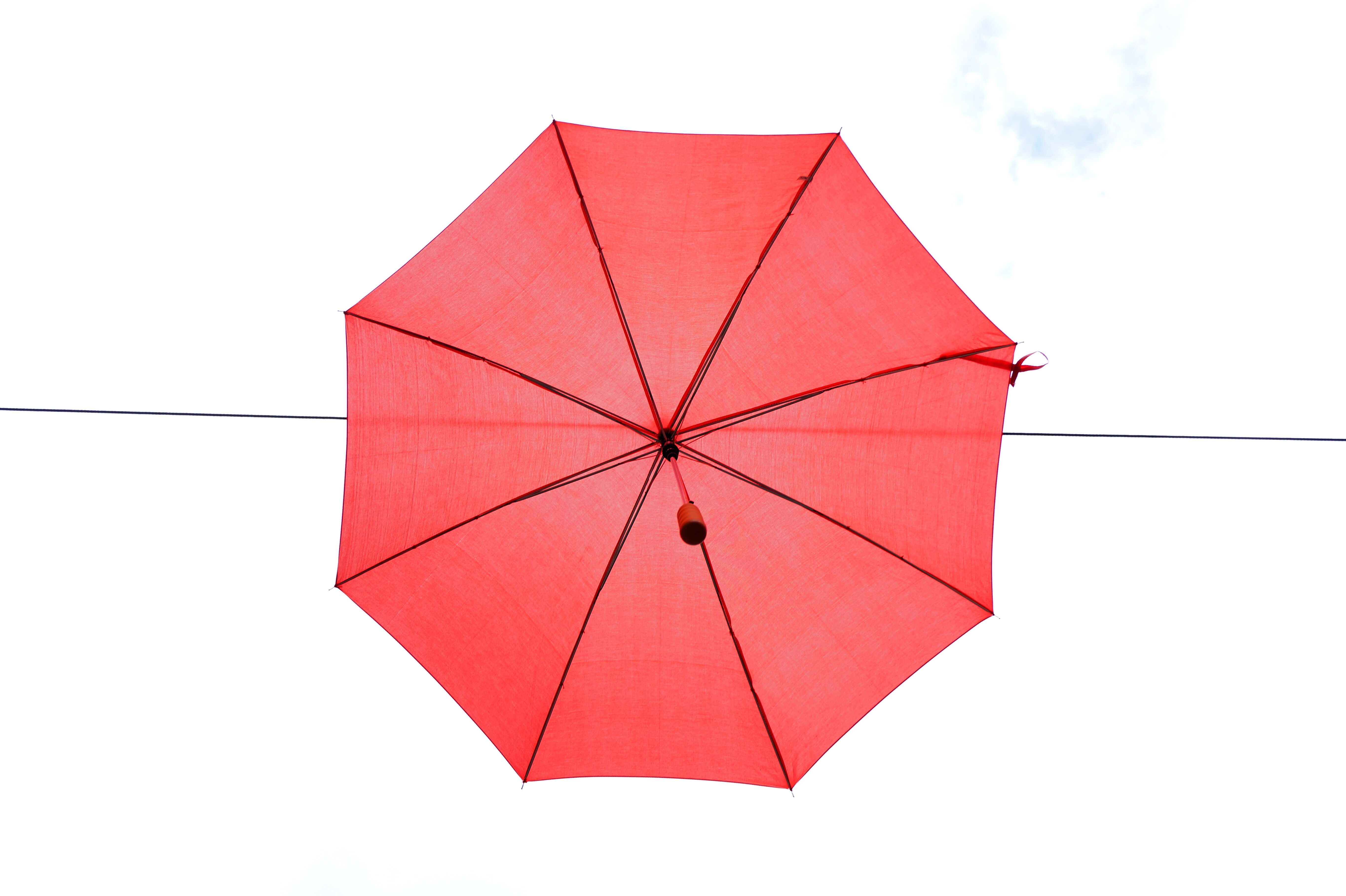 Tracing its roots to two of the oldest insurance companies in the United States, its full name is “The Travelers Companies, Inc.,” but it’s more commonly known simply as Travelers Insurance.  After several acquisitions and mergers over the years, it is now a publicly-traded stock corporation headquartered in New York City. However, it still owns its historic Travelers Tower in Connecticut and major offices in St. Paul, Minnesota.

The company’s iconic red umbrella logo has been used in advertising since the 1870s for the predecessor “Travelers” started in the 1860s to provide accident insurance for American travelers.

The company doesn’t advertise its services in mass media as widely as many other insurance companies, though it does provide sponsorships for professional golf events.

Who is Travelers Insurance?

In a list of the 10 largest automobile insurance companies in the United States in terms of annual auto insurance premiums collected, an association of the nation’s insurance commissioners placed Travelers Insurance at #9 with approximately $4.7 billion in auto policy revenues for 2018.  This is only a fraction of the revenues of this insurance giant, which has been running over $30 billion per year because a much larger portion of its operation is in business property and liability insurance both in the United States and overseas.

In addition to the original Travelers Insurance from the 1860s, the other major component of the company was St. Paul Fire & Marine Insurance that started a decade earlier in Minnesota.  The two companies eventually merged about 15 years ago.  Travelers Insurance has more than 30,000 employees worldwide.

What Are Some Claims Practices of Travelers Insurance?

Many insurance companies are more than willing to argue with their policyholders over what types of claims are or are not covered by insurance policies that are often written with very broad language. Earlier this decade, when the extent of long-term consequences from brain injuries in professional football players was becoming evident, many retired players who had sustained brain injuries while on the job began suing their former NFL team employers over the permanent health consequences of those injuries.

The NFL teams handed these lawsuits over to their business insurance companies – including Travelers, to defend the lawsuits. Not only did Travelers refuse to defend those claims against their insureds, the company actually filed suit seeking a declaration that they had no obligation to defend against these new, “unexpected” claims.
Sometimes, insurance companies will resort to much simpler tactics to save on claims, such as misidentifying or misrepresenting the type and amount of coverage that is available under a policy. In a recent situation in South Dakota, a woman who was seriously injured in a motor vehicle accident submitted a claim to her own insurance company – a Travelers Insurance subsidiary – for settlement.

When asked for a full copy of the insurance policy, the company allegedly provided a document that ended on the page prior to the detailing of $1 million in uninsured/underinsured motorist coverage that the woman actually had. Eventually, this resulted in a “bad faith” lawsuit against the Travelers subsidiary and a jury verdict that included $2.75 million in punitive damages against the insurance company for its actions.

Travelers Insurance is just one of many automobile liability insurance companies that use the Colossus claims evaluation software (and similar programs) to place dollar values on individuals’ personal injury claims.  These programs have been around for more than two decades now, and have become very popular with insurance companies for one simple reason – they save the insurance companies money.  There are a couple of different ways that they do so.

First, these computer claims programs save insurance companies money by saving them time. Properly and fairly evaluating an injured person’s claim takes time and effort – thoroughly reviewing the evidence of their injuries and the consequences of their injuries mean a careful examination of medical records, wage loss information, and reports from those who know the injured individual on the negative impacts from their injuries.

“Time is money” for the insurance companies, however, and rather than paying an adjuster to spend four hours reviewing a claimant’s submitted medical records and other claim documentation, the insurance companies would sooner pay that same adjuster to spend a half-hour inputting “injury codes” and numbers into a computer program that spits out a claim value range that limits the adjuster’s settlement authority. “Efficiency” goes up, while adjuster payroll costs – and claim evaluation accuracy – go down.
Second, Colossus and similar programs become “black boxes” into which numbers are input and checkboxes are checked and from which claim value numbers are output with no clear explanation of how they are calculated. If it’s been determined that a particular injury has a base value of $15,000 and a finding of “muscle spasms” in the medical records adds a 5% “bonus” value, then it becomes all too tempting for the insurance company to save money on claims the next year by simply tweaking those numbers to $14,000 and 4.5%.
An experienced personal injury attorney will be prepared to prove and vigorously argue for thorough and complete client claim valuations. However, many folks handling their own claims (and even some inexperienced attorneys) many simply accept the valuation that Colossus has produced.Autoaccident.com Cases, Settlements & Verdicts Against Travelers Insurance

A few years back, the Law Offices of Edward A. Smith (Autoaccident.com) represented a schoolteacher in her 50s who was injured in a rear-end traffic collision that was caused by a defendant insured by Travelers Insurance.  Liability for the accident was clear and undisputed. However, Travelers – and the defense attorney hired by Travelers once the case entered litigation – insisted that the collision did not have enough force to cause the significant injury symptoms that our client suffered.

Although the collision resulted in less than $5,000 in repair costs to our client’s vehicle, she immediately experienced persistent low back pain after the accident.  Because she belonged to a health insurance organization (HMO) that tries to keep costs down by pinching pennies on patient care, she initially only received a limited amount of “conservative” care – some medication and a handful of physical therapy sessions.  When Travelers was provided updates on our client’s initial course of medical care, it became clear that they were giving her claim a very minimal initial value.

Having dealt many, many times with our client’s HMO in the past, we encouraged her to overcome their penny-pinching ways by becoming the “squeaky wheel” that’s often necessary to get additional testing and treatment from that type of medical provider.

Eventually, her doctors agreed that she needed an MRI exam of her lumbar spine, and a disc bulge – fortunately not a severe one – was revealed as the source of her persistent pain. This diagnosis also spurred her provider to authorize a more adequate amount of physical therapy to help our client rehabilitate from her injuries and reach a stage where she no longer had persistent symptoms.

Travelers Insurance, however, had become stuck on its early evaluation of the claim based upon the modest amount of initial medical care and vehicle damage.  They refused to budge from their inadequate offers during informal settlement negotiations, and it became necessary to file suit in court and proceed into litigation.

Although litigation has additional costs and certainly takes extra time, it can also help get a fresh evaluation of a personal injury claim by the opposition.   The defense attorneys hired by the insurance companies to defend their policyholders are skilled professionals, some of whom have handled thousands of personal injury litigation cases.  They can often provide helpful feedback and more accurate claim evaluations to the insurance adjusters on their cases.

For this particular client, it was fortunate that the experienced attorney on the other side recognized that Travelers’ claim evaluation was both out-of-date and lacking in recognition of the newer injury diagnoses.  Although it took some months in the “discovery” phase of litigation for the defense to recognize the full value of our client’s claim, the defense attorney’s evaluation and feedback to the Travelers adjuster helped achieve a $60,000 settlement for our client.

An experienced personal injury attorney will recognize when an insurance company like Travelers has become fixated on an inadequate or incomplete claim evaluation and will know the steps necessary to get a proper valuation – like filing suit to get a fresh set of eyes on the defense to take a more thorough look at the claim.

Editor's Note: This page has been updated for accuracy and relevancy [cha 3.15.21]
Photo by George Becker from Pexels