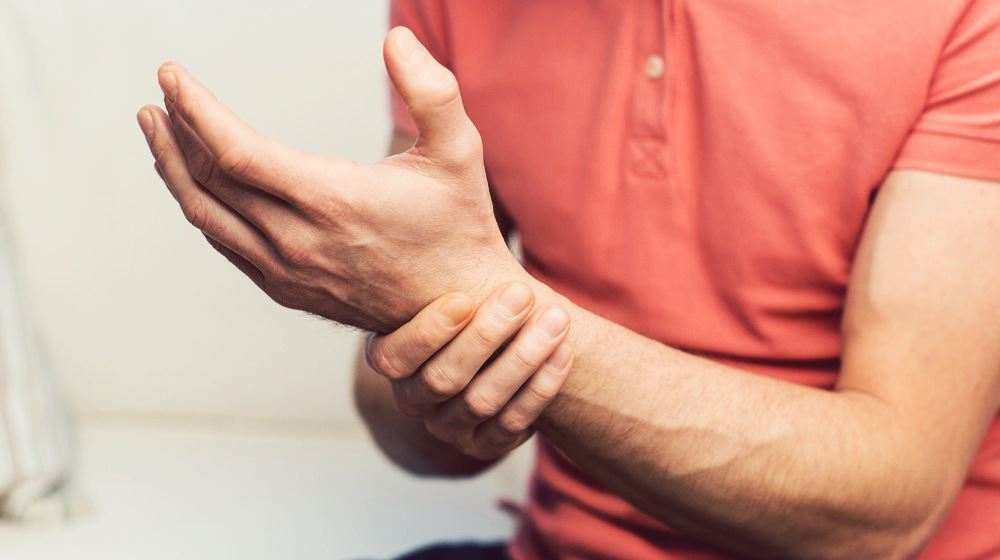 If you have been diagnosed with CTS, you may be eligible to file a claim to get compensation for your injuries and losses. If your injury occurred during repetitive activities at work, you could file a worker's compensation claim. If the injury was caused by a car accident or other traumatic accidents, you may still be able to get monetary compensation. Call our experienced personal injury lawyers at (916) 921-6400 for free, friendly advice if you have suffered workplace injuries related to CTS.

What is Carpal Tunnel Syndrome? 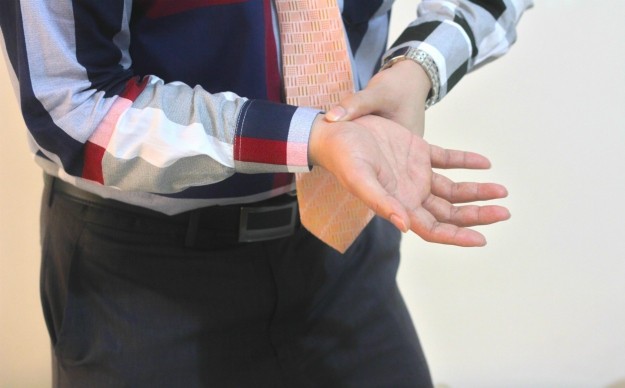 The repetitive motion of the wrist or trauma to the wrist can cause carpal tunnel syndrome. In either case, the result is entrapment or impingement of the median nerve as it passes through the carpal tunnel in the wrist. It causes numbness or tingling, pain, and weakness of the thumb, index finger, middle finger, and half of the fourth finger.

In most cases, the combination of environmental and genetic factors also causes it. Common predisposing conditions that lead to carpal tunnel syndrome are obesity, diabetes, hypothyroidism, pregnancy, and doing work that involves vibrating tools or heavy labor.

Carpal tunnel symptoms are often worse at night. It is believed this is due to the flexion of the wrists during sleep. Some researchers have linked the worsening of the symptoms to lying on one’s side. Many people with carpal tunnel syndrome wear splints during the day and/or night. The splints are often slightly dorsiflexed so the hand is tipped back a bit. If a patient is not treated or continues to have pain in the affected hand, it can lead to permanent damage to the nerve with atrophy of some of the thumb muscles, and chronic weakness when attempting palmar abduction.

The pain of carpal tunnel syndrome is actually a form of severe numbness that is so severe that it awakens a person from sleep. This has been shown to be the case in electrophysiology studies.

Treatment of carpal tunnel syndrome can be conservative or surgical. Conservative measures include splinting and the injection of corticosteroids. Surgery usually involves cutting the transverse carpal ligament, which frees the nerve from its entrapment.

What is Traumatic Carpal Tunnel Syndrome?

Traumatic carpal tunnel syndrome is believed to be caused by shear stress on the wrist that does damage to the ligaments and tendons that surround the median nerve. There aren’t many symptoms in the beginning but, as the tendons and ligaments heal, they form scar tissue that impinges on the nerve, resulting in the classic symptoms of numbness, pain, paresthesias (tingling), and weakness of the part of the hand serviced by the median nerve.

The median nerve travels through the carpal tunnel with nine different tendons and spongy tissue, known as the tenosynovium. If any of the tendons get inflamed, they can pinch the median nerve, causing carpal tunnel. Acute trauma can damage these tendons, leading to subsequent inflammation and scar tissue.

In traumatic carpal tunnel syndrome, the symptoms don’t always show up right away. They can lead to constant or intermittent symptoms of numbness, tingling, or pain. The weakness usually is a late finding. Carpal tunnel symptoms may be dependent on the activity a patient does such as forming a fist, typing, holding a heavy object, driving, and sleeping.

Since the compression of the median nerve is what causes traumatic carpal tunnel syndrome and not an injury to the median nerve, the symptoms are not immediate. In one study, 6 of 7 patients did not develop any carpal tunnel signs or symptoms for two weeks up to several months after the traumatic incident. Interestingly, another study showed that approximately 22 percent of people injured in a motor vehicle accident developed CTS.

The fact that the symptoms are delayed leads the doctor to assume that repetitive stress is the cause of the injury and not trauma. The history should be looked at, which will reveal the presence of an incident where the hands were slammed into the dashboard or were gripping the steering wheel. This will lead to the proper diagnosis of traumatically-caused carpal tunnel syndrome.

The diagnosis of traumatic carpal tunnel syndrome is even more complex because there are many other possible causes of similar symptoms. The symptoms can be from a C-spine injury, thoracic outlet syndrome, or compression of nerves at the elbow. A person can, in fact, have multiple diagnoses going on that impact the findings noted in the wrist and hand. If you do not address the carpal tunnel aspect of the injuries, it can lead to a permanent hand and wrist injury.

What Are the Common Carpal Tunnel Syndrome Symptoms?

The symptoms are all related to the function or lack thereof of the median nerve, located in the forearm on the radial aspect of the wrist. When it is normally functioning, the median nerve innervates part of the palm of the hand, the thumb, the index finger, the middle finger, and the thumb-side of the fourth finger. The fifth or pinkie finger is generally completely spared as it is innervated by the ulnar nerve. The major symptoms of carpal tunnel syndrome include:

A person can have some of these symptoms and not others, depending on how long they have had the disorder.

How Do You Get Carpal Tunnel Syndrome?
Traumatic carpal tunnel syndrome is most likely to occur in car accidents, but it can occur with a fall on the outstretched hand from a great height. In motor vehicle accidents, front-end collisions usually cause traumatic carpal tunnel injury. In such events, the driver is usually gripping the wheel and can have tendon damage to the forearm from the force of the collision.

Injury happens when passengers fall forward and brace the collision with their outstretched hands on the dashboard. Depending on where the passenger is sitting, it is possible to have this kind of injury while wearing a seatbelt. The only way to have some protection for the forearm is to have both passenger and driver-side airbags.

Are There Risk Factors for Carpal Tunnel Syndrome?

The risk factors for carpal tunnel syndrome in general include:

What is the Diagnosis of Traumatic Carpal Tunnel Syndrome?

The diagnosis of traumatic carpal tunnel syndrome depends on a history of trauma within the last few months that involved pain or injury to the forearms. It also depends on the presence of the signs of carpal tunnel, keeping in mind what the median nerve innervates.

One of the tests for diagnosing carpal tunnel syndrome is the Tinel’s sign. This is a test where the doctor taps on the median nerve in the wrist. If the patient experiences a sudden “zing” in the hand, the Tinel’s sign is positive.

The doctor can do EMG or electromyography. This involves inserting a tiny needle into the muscles of the arm and hand to see where the nerve is not conducting enough electricity to the muscles. To determine the damaged nerves, doctors perform nerve conduction studies.

X-rays can check for other problems, such as osteoarthritis, as well as broken bones or any dislocated bones that took place recently.

Blood tests are sometimes performed to see if there are medical conditions leading to carpal tunnel syndrome, including thyroid function studies, a rheumatoid factor or testing for lupus.

What is a Carpal Tunnel Syndrome Treatment?

Doctors consider surgery when all other remedies have not been successful or if there is already damage to the median nerve. During the surgery, the doctor cuts the “roof” off the carpal tunnel by cutting the overlying ligament. This immediately relieves the pressure off of the median nerve and the nerve eventually heals.

The only time the surgery is unsuccessful is when the nerve has already been damaged by carpal tunnel syndrome or if the nerve is damaged by other causes, such as diabetes.

To further understand how carpal tunnel syndrome develops, watch this video from WorkSafeBC:
Anyone who gets into a motor vehicle accident may end up having traumatic carpal tunnel syndrome. Understanding the injury, its symptoms, diagnosis, and treatment may help one prevent permanent nerve damage from carpal tunnel syndrome.
An Experienced Personal Injury Lawyer for Northern California
Contact Us
Search
Practice Areas
Client Reviews
★★★★★
"Me and my wife; had a car accident. We were amazed how easy, professional, friendly attorney Ed Smith is along with his staff. Everybody is amazing. Thank you so much, we are very impressed!" Alex & Dinah M.
★★★★★
"Ed Smith and his office team took on a difficult personal injury case on my behalf and for the passenger in my car. Ed is a top- notch attorney. His staff couldn't have been more helpful and kind. No need to look elsewhere. I give Ed Smith my highest recommendation." Beverly
★★★★★
"Ed and Robert have been taking great care of my husband and I for the past 5+ years. They are always there when you have a problem and a quick resolution! Even when the issues have nothing to do with them. They are willing to help ease the pain off your shoulders. They are as good as it gets! Thank you again for everything." Annie T.
★★★★★
"Very professional. Great team, staff and service all around. Mr Smith was very honest, straight forward with his advice. He gives the word "attorney" an honest reputation. I will seek his council anytime, and would recommend him at the drop of a dime." Jeremy M.
★★★★★
"I would highly recommend Ed Smith to any friends or family in need of a personal injury attorney. Ed, and his staff, are very caring on top of being very experienced in this field. The staff always keeps you informed of the status of your case and they are always easy to reach by phone." Shannon D.
★★★★★
"Edward Smith law offices provide competent, thorough, and personable help for victims of personal injury. When you first meet the staff you know you contacted the right office. This law office treats clients like people. I recommend this office to anyone seeking representation regarding personal injury." David M.
View More
Submit a Law Firm Client Review