Why is this important?
Home
Resources
Rehabilitation after Traumatic Injuries
Trauma Care Systems in the US

Trauma Care Systems in the US 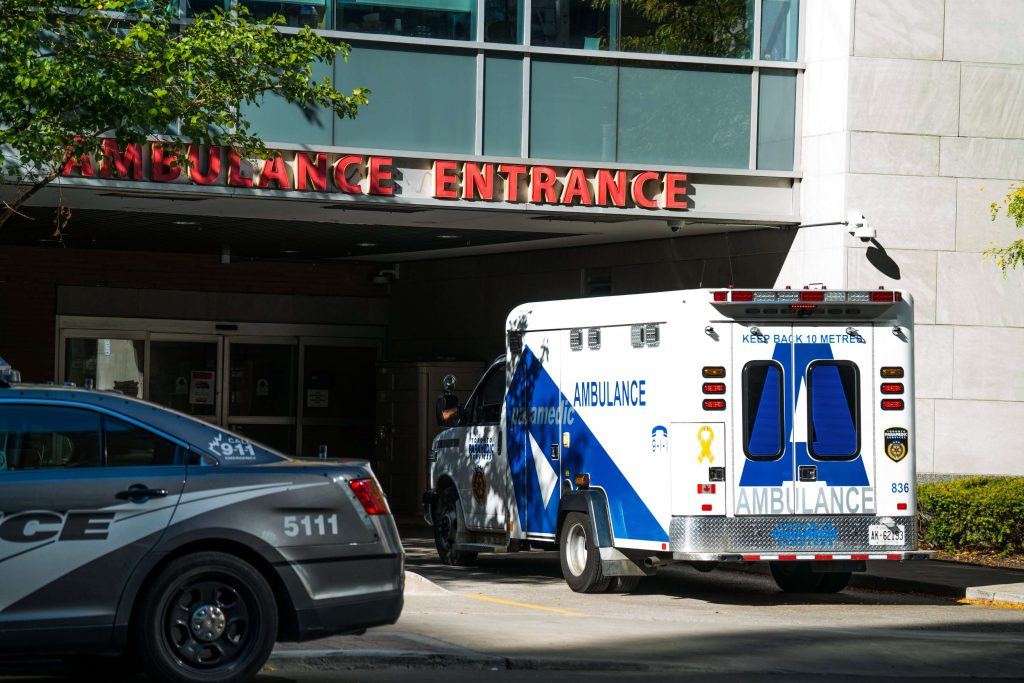 While injury has been a common cause of death since statistics were first being gathered about 150 years ago, the role of injury as a leading killer of children and young adults is a more recent phenomenon. There have been decreases in the death rate due to infectious diseases and increased death due to trauma-related events, such as motor vehicle accidents. This is all due to the industrialization of today’s society.

Deaths from motor vehicle accidents increased markedly between 1910 through 1929 to peak at 30 deaths per 100,000 population in the 1930s and 1940s. This was when trauma gained its current status as a major cause of death between those between the ages of 1 and 34. It became the fifth leading cause of death overall. This has resulted in trauma becoming the number one cause of years of life lost in the US today.

The overall mortality rate from trauma has gradually decreased in the last two decades. This is due to a decrease in the number of workers involved in dangerous occupations and improvements in roads, motor vehicles, and building safety. There are also improved trauma treatment and injury prevention efforts. Major research studies have been done, indicating the importance of trauma as a public health issue—just as important as heart disease and cancer. This has resulted in the National Center for Injury Prevention and Control formation, a part of the CDC. The healthcare community has assumed a greater role in the control of injuries. This has become a collaboration of epidemiologists, surgical/medical specialists, economists, biomechanical engineers, and public health practitioners.

Prevention has become a major goal in the management of automobile injuries. Motor vehicle injuries have declined to their lowest rate since the 1920s. Deaths per mile traveled have decreased to the lowest level ever recorded. This has been because of increased safety of motor vehicles, better roads, and decreased alcohol-related motor vehicle accidents. However, some of these decreased deaths have been offset by an increase in deaths from firearms, which outweighs deaths from traffic accidents in some states.

The most significant advances in the care of injured patients within the last fifty years have been in surgical advances, better imaging technology, a better understanding of basic cellular response to shock, and better anesthesiology techniques.   As it relates to trauma, one of the best efforts has been in the coordination of care that spans from the occurrence of injury, notification of an accident, emergency care, critical care, and rehabilitation.   Better pre-hospital care, hospital care, and rehabilitation care are also important to better survival.

History of Trauma and EMS Services

There have been technological advances in-hospital trauma care and the organization of the delivery of trauma treatment. Some of these improvements are as follows:

One of the more significant advances is the more efficient transportation of injured patients by a better organized EMS system. There are EMS systems in just about every community in the US. More people appreciate the value of the “golden hour” in trauma management, and communication between the EMS providers and the hospitals has improved. More rapid notification of a possible injury through the 911 system has improved trauma care. Prehospital helicopters have improved the transportation of patients living at further distances from high-level trauma centers.

The system is supported by community fire departments, personnel trained at the EMT level, and paramedics. The increased training of prehospital personnel has improved the treatment of things like airway obstruction and heavy bleeding. There has been a greater understanding of where to take critically injured patients.

Physician staffing in emergency departments has changed over the years. Half a century ago, emergency rooms were minimally equipped and were often staffed by a nurse and/or an intern who would evaluate every patient before calling the patient’s physician. This standard of care has changed in all but the most remote of hospitals. There has been the advent of the specialty of emergency medicine, which staffs most community hospitals and almost all teaching hospitals. Trauma training has increased among emergency medical specialists. There has even been an increase in surgeons' training in trauma care so that there are surgical specialties trained in trauma on-call or physically at major urban hospitals and teaching hospitals.

There has been the development of hospitals especially trained to treat adults and children with trauma. More than 1200 adult and pediatric trauma centers in the US have more than 200 designated as level 1 trauma centers. Some states, however, have been slower than others to adopt these kinds of hospitals. Much still needs to be done in some areas of the country to improve trauma care in more rural areas and states where much of the state is rural.

There have been many contributions to trauma care by the Committee on Trauma of the American College of Surgeons. They have been instrumental in developing trauma and trauma-related surgical specialties throughout the US. The College of Surgeons was instrumental in developing the Advanced Trauma Life Support (ATLS) course, which has educated many surgeons, emergency medicine specialists, and prehospital caregivers.

The Committee on Trauma has also been instrumental in developing a verification process for identifying those hospitals that have the capabilities of providing trauma care. However, the actual designation of trauma centers still rests with local and state healthcare authorities.

Trauma centers are just part of a larger trauma system that includes prehospital care, inter-hospital transfer, acute hospital care, and rehabilitative care. Outcomes for trauma centers are consistently better than those of community hospitals.   Those areas with a complete trauma care system show an even better improvement in outcome when compared to those areas of the country that do not have these types of systems.

Military models have helped improve the status of trauma care systems in the US. Physician’s experiences in the Korean War and the Vietnam War have been invaluable when it comes to trauma care in non-military settings. While there are other trauma care protocols in other countries, the trauma care model in the US emphasizes the role of the trauma surgeon as the trauma team leader. Other parts of the trauma team have also been deemed important, including emergency doctors, orthopedists, anesthesiologists, and neurosurgeons.

The US's best trauma systems involve the following: prevention of trauma, good prehospital care, good acute hospital care, and proper rehabilitation. Things like helmet promotion are invaluable and have increased helmet use among children over a short period of time. Seat belt promotion, pedestrian safety, decreasing drunk driving, burn prevention, and handgun storage also have improved trauma care in those areas that have begun to incorporate them as part of injury prevention.

Access to the 911 system is necessary for good prehospital care. Things like identifying the caller's address to 911 operators have improved the rate at which ambulances have been able to get to people who have been injured. Those communities that employ EMTs as first responders also have better trauma care. Identifying the various levels of trauma centers helps EMTs better know where to transport the more critical patients.

Despite the above-mentioned advances in science, technology, and trauma system organization, there are still serious problems facing trauma care in the US. The major cause of these problems is a lack of recognition of the importance of trauma on the population as a whole and the government's funding priorities.

While there have been advances in recognizing trauma as a serious problem, funding for trauma-related research studies is still far below that given for diseases like cancer and heart disease. Even after the terrorist attacks of September 11, 2001, funding for terrorism preparedness has largely ignored trauma systems and trauma centers, even though there is an intact and prepared network of skilled hospitals in providing the type of injuries seen in terrorist attacks.