Why is this important?
Home
Resources
Top Ten Dangerous Roads in California 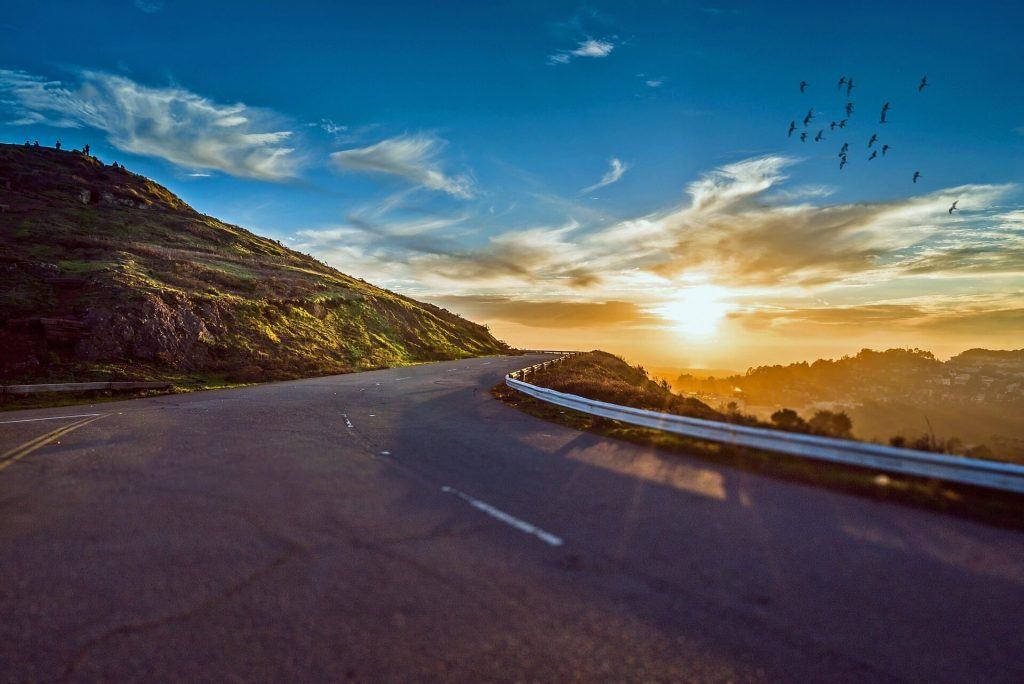 Dangerous roads are found everywhere in the world, and California has its fair share. From one end of the state to the other, some roads, ranging from state routes to interstates, are hotbeds of accidents due to many factors, including congested traffic, poor design, and lack of maintenance and upgrades. Driving in a state where commuting is a way of life is challenging enough without having to deal with roads that are often not equipped to handle the traffic flow safely. However, commute we must. Knowing which roads present the greatest obstacles to arriving at your destination safely may allow you to map out an alternate route. If that is not possible, you will be able to avoid some of the problems on dangerous roads if you know what to look for. What an Attorney Can Do for You

When you are hurt in an accident by an at-fault driver, you have the right to be compensated for your injuries. For that to occur, the injured party must prove that negligence is involved. To accomplish this, our firm sends an investigative team to the crash site to interview witnesses, gather evidence, and obtain video footage if possible. Once the data is collected, our investigators release it to our legal team to help build a strong case against the defendant. Members of our firm work as a unit to help our clients obtain the compensation they deserve and need.

Several highways in the country are nicknamed “Highway to Hell,” but Highway 99 has been named as the most dangerous road in the entire nation. At one point, it was the main highway up the West Coast, and it started at Calexico, running up to Blaine, Washington. Nicknamed the Golden State Highway in one part, it was renamed State Route 99 and runs through Sacramento. Highway 99 got the nickname from the number of accidents per 100 miles driven. Four hundred miles long, there were 62 fatalities for every 100 miles within a span of five years along this roadway. Some of the reasons attributed to the high number of accidents and deaths include its design and poor lighting to the number of drunk drivers, distracted motorists, and speeders who traverse this road.

Interstate 80 is a major route that goes from San Francisco all the way to the East Coast to New Jersey. That makes it the second-longest highway in the country with a distance of 2,899 miles. In the Sacramento Valley, it was built as a replacement for U.S. Route 40. The original route of I-80 was named the Capital City Freeway, which led to downtown Sacramento. It was eventually renamed I-80 Business. Although the scenery along I-80 can be beautiful, winter weather conditions can make it frightening to motorists. In the Sierras, icy, wet roads, limited visibility, and blizzard conditions can make this roadway extremely dangerous.

Interstate 5, which is considered number four in the list of most dangerous roads in the country, runs longitudinally through California from its origin in San Diego to its terminus in Canada. Along the way, it passes through Sacramento. One of the biggest problems I-5 faces is traffic congestion. This has taken a toll on drivers who navigate through it, resulting in 680 accidents with fatalities during a six-year period from 2010 to 2016. This number increased from 2015 to 2018 with a total of 800 deaths. Adding to congested passenger vehicle traffic, Interstate 5 is a major truck route crisscrossing the state as truckers transport their cargo.

Interstate 505 is a high-speed road with a limit of 70 mph. However, because police presence is limited, drivers often go over that limit, which creates an increased danger if an accident occurs. Big rigs and other large vehicles use it as a truck route, which means drivers don’t have to enter Sacramento to get on I-80. The road goes from north to south at Vacaville up to near Dunnigan where it reaches I-5. Interstate 505 is mostly a two-lane with some parts paved with concrete, while others are asphalt. Heavy traffic from big rigs on this dangerous and lonely rural road can increase your risk of a collision.

Interstate 8 travels west to east and connects San Diego and Casa Grande, Arizona, a distance of 170 miles. Initially, it was a stagecoach road and has been updated and expanded over time. The number of accidents on the road led it to be named to the top 40 dangerous roads in the country.

State Route 138 crosses east to west with many mountainous sections in its eastern leg. It is a scenic highway as it follows the San Gabriel Mountains and the Mojave Desert. In San Bernardino and Los Angeles Counties, the road has many dangerous curves and turns.

This highway is the most southern east-west highway in the country from Los Angeles to Jacksonville, Florida, over a distance of 2,460 miles. It is ranked the 5th most dangerous road in the country. The primary reason for the number of accidents and fatalities is the high traffic volume. Others include bad road conditions, drunk driving, and speeding.

Highway 49 is a north-south highway within the state of California. It was named after the flood of immigrants who came to the state during the California gold rush in 1849. It begins at Oakhurst in Madera County. It runs through El Dorado, Placer, and Yuba Counties, among others, until it reaches State Route 70 in Vinton, California. A 15-mile span crossing Merced County is particularly dangerous with many head-on collisions. The road has many numerous turns. Drivers who are new to this stretch of the .road tend to drive slowly to avoid an accident. However, those who frequently travel it tend to pass slower vehicles, leading to head-on crashes.

How to Deal With Traffic Congestion

The most prominent problem plaguing roads in California is traffic congestion. Part of the problem, aside from population growth, is roads that were not built to handle the high number of travelers. Since most people use the roads during rush hour, it is an issue that is not going away. While staggering work times or school hours may help, the biggest problem is that using other means of transportation is not possible when coming from areas of lower population density such as the suburbs.

Many accidents happen due to fixable conditions such as roads plagued by water or potholes, poor signage, particularly at entrance and exit areas, flooding, and lack of adequate guardrails and barriers. It is essential that road crews fix these problems as soon as possible. If an accident occurs due to a “fixable” issue, the injured party can and should file a claim against the government entity in charge. It is important to remember that claims against government agencies have a different time limit to file beyond which the claim will not be heard. Your personal injury attorney will ensure that all documents are filed properly and on time.

In some areas, it is possible to widen roads to accommodate increasing traffic. In others, there are geographical restraints that keep that from happening. Maintenance is a top priority. For instance, accidents can weaken or destroy guardrails in certain sections of the highway. The guardrails are used as barriers that slow the speed of a vehicle and often deflects them. This prevents the car from going into soft terrain, over a cliff, or into a ravine on the other side. Inadequate signage often causes driver confusion. Failure to warn of upcoming curves in the road can also be problematic. To eliminate roadway issues, construction or road crews are sent to address the issue. This can in itself, lead to even more accidents. To stem the possibilities of collisions, road construction crews use warning signs, flashing lights, and additional personnel to direct drivers around the construction site. Drivers who disobey the directions can cause catastrophic accidents.

We’ve helped numerous clients in all types of car accidents, wrongful deaths, and other traumatic injuries.

Editor’s Note: This page has been updated for accuracy and relevancy [cha 10.8.20]

Image by Jan Alexander from Pixabay