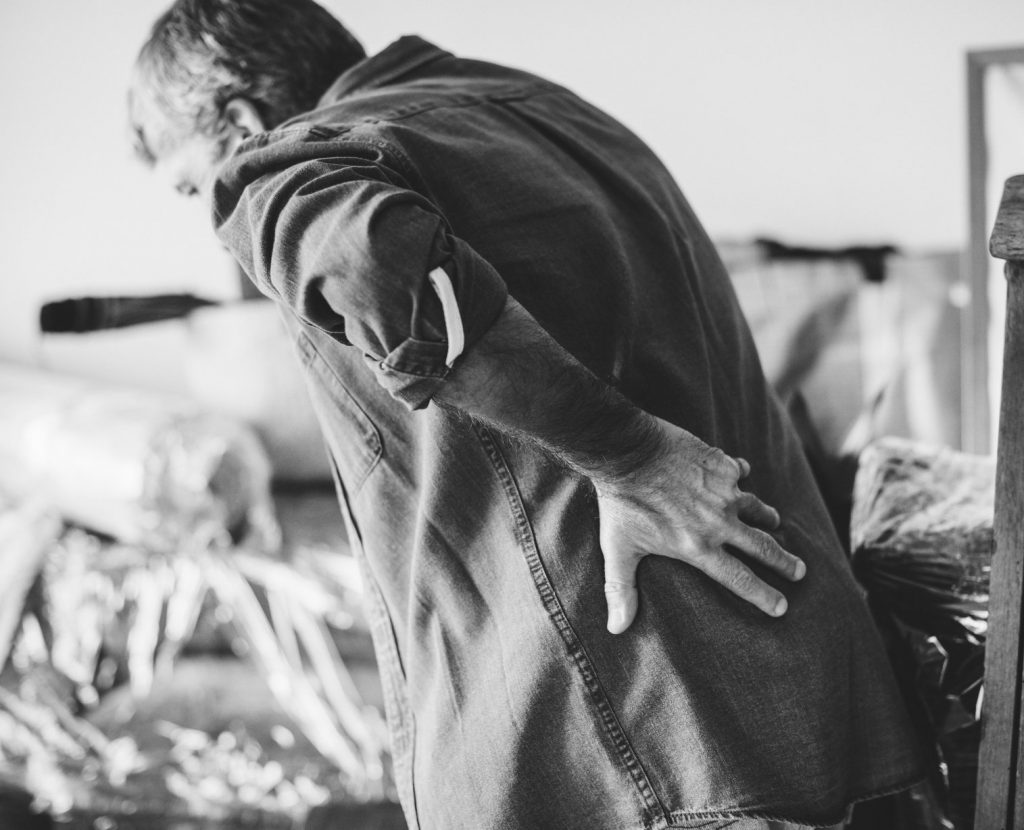 A thoracic disc injury can prevent people from performing even simple tasks. If you have sustained a thoracic disc injury due to a car accident, a slip and fall or a work-related accident, you may be entitled to compensation. Call our injury attorneys at (916) 921-6400 for free, friendly advice. Our experienced injury lawyers will provide you with expert legal representation and help you obtain full compensation for your injuries.

What is a Thoracic Disc Injury?

Thoracic disc injuries are rare because the thorax prevents considerable flexion/extension or lateral movement of the thoracic spine when compared to the lumbar spine and cervical spine. Forces causing a disc herniation need to be great in order to do damage to the thoracic disc. Such forces include a motor vehicle accident or a motorcycle accident, especially in cases where the individual is thrown from the vehicle, sports-related trauma, such as with football or hockey incidents, or falls from a great height.

A true herniated disc is most common in young adults and in those that are middle-aged. In older people, the disc herniates less because of degeneration of the spine and disc that prevents the disc from herniating.

Discs can rupture suddenly from a downward force, such as falling from a ladder or sitting hard onto a surface from a distance. A strong force will actually burst or fracture the vertebra. A lesser force will disrupt the annulus or ligament and cause a disc herniation. Even lifting something that is too heavy can cause a ruptured disc.

Repeated small injuries to the annulus fibers will cause them to weaken to the point that a small force against the fibers will cause a rupture. It can be a really minor injury to the mid-back. This tends to be a greater problem in older people.

When the disc ruptures or herniates, it generally pinches the exiting nerve root so that it causes pain extending from the thoracic spine down to the totality of the area the nerve root covers. Generally, in the thoracic area, the pain wraps around half of the trunk. In high thoracic nerve root injuries, a portion of the arm can be affected.

What Are The Causes of a Thoracic Disc Injury?

Thoracic disc injuries are caused by one of two things:

Symptoms of a Thoracic Disc Injury

Most people who experience a thoracic disc injury will experience pain of some kind. The pain can be completely localized to the upper to mid-back or it can follow a dermatomal pattern along a single nerve root. The pain in the back can be made worse whenever coughing or sneezing.

Radicular pain may be felt in the chest or abdomen so that the doctor must rule out actual pathology in the area, such as is seen in problems of the heart, kidney, lung or musculoskeletal systems. If these are normal, the pain is radicular. Most likely, the pain will be located on one side of the body or the other.

If the disc begins to herniate into the area of the spinal cord, the disc can press on the spinal cord, causing myelopathy, which is a spinal cord function. This can be seen by having sensation disturbances like numbness of part of the body located below the level of the herniation. There can also be problems with walking and balance along with lower extremity weakness. There is the possibility of bladder or bowel disturbances.

The doctor must rule out other disorders that mimic a herniated thoracic disc. These include having osteoporosis with a spinal fracture, infection in the spinal area, a tumor pressing on a nerve root or spinal cord, and some types of metabolic diseases.

The actual symptoms the patient feels depends on the size and location of the herniated disc. For example, the herniated material can protrude centrally, sideways or in a Centro-lateral direction. Most people have a centrally-located disc herniation. The symptoms associated with each type of disc herniation include the following:

The video below explains how a herniated disc injury can occur and offers options other than surgery to manage the pain.

People can have a thoracic disc injury whether they are young or old. Young people can get a disc injury from severe trauma. Those at risk are those who engage in high-risk behaviors like driving too fast, driving without a seat belt, or driving recklessly with a motor vehicle or a motorcycle.

Diagnosis of a Thoracic Disc Injury

Prior to doing any type of diagnostic test, the physician needs to take a good history of the symptoms and a thorough physical examination. The doctor needs to know the severity of the pain, the location of the pain, the type of pain, and the presence of other symptoms besides pain.

The doctor will assess whether or not there were other symptoms like fever, illnesses, weight loss or difficulty in urination that predated the injury or occurred since the time of the injury. The examination attempts to localize the lesion to the thoracic spine.

There are several diagnostic tests that are helpful in deciding if there is a herniated disc and where the herniated disc is located. These tests include:

By far and away, most people with a spinal disc herniation in the thoracic area do not need surgery. They can make use of non-surgical measures that usually work to control the pain and inflammation of a disc injury.

Non-surgical measures for disc herniation include the following:

Surgery on a herniated thoracic disc can be done in those rare circumstances when the disc herniation is leading to progressive neurological deficits, myelopathy or horrible pain unrelieved by conservative measures. Usually, surgery applies to those cases that are acute and traumatic, such as a fall or a car accident. The surgery performed to relieve the pain of a thoracic herniated disc is called a decompression surgery, which is done to take the pressure off the spinal cord or the nerve root.

There are several different approaches to this type of surgery. These include the following surgical techniques:

In one study of 19 patients who had symptoms that did not resolve with conservative measures, surgery was undertaken. The results of the surgeries were as follows:

Researchers felt that the better approach was the trans-thoracic approach.

In another research study, the researcher showed a 76 percent satisfactory result when 29 patients had the Video-Assisted Thoracic Surgery approach to their herniated disc.

Editor’s Note: This page has been updated for accuracy and relevancy [cha 11.2.20]