Why is this important?
Home
Personal Injury
Sacramento Car Accident Lawyer
Sacramento Motorcycle Accident Attorney
The Rights of a Motorcycle Rider in California

The Rights of a Motorcycle Rider in California 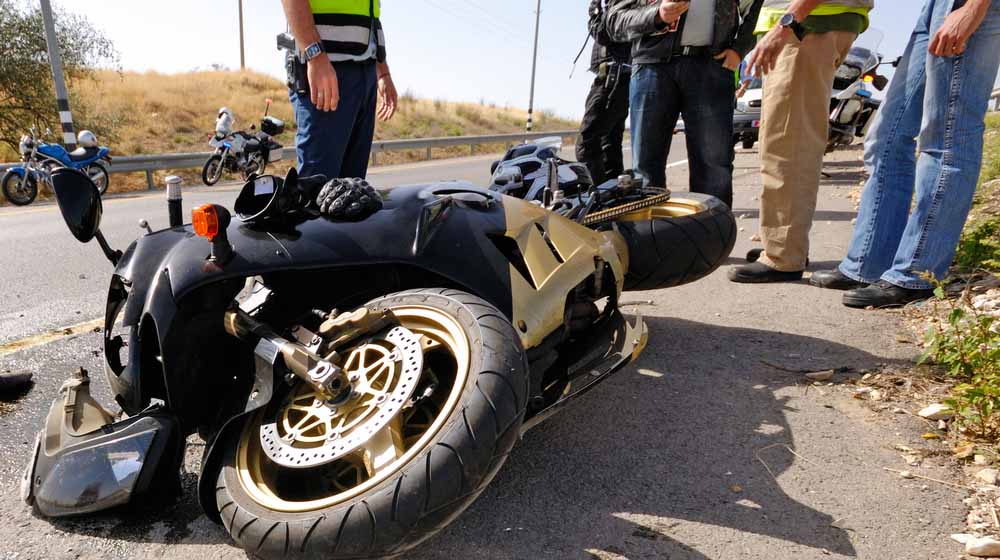 Likely because of our mild weather and beautiful scenery, California leads the nation in the number of motorcycle riders that reside in our state. There were approximately 950,780 motorcycles registered in California in 2018, according to a recent report by the Insurance Institute for Highway Safety (IIHS).

Motorcycling is popular as a recreational pursuit, as well as a convenient commuting option. It is also the most dangerous form of motorized transportation. According to statistics from the California Office of Traffic Safety (OTS), there are hundreds of fatal motorcycle accidents every year in the state. And although there are far fewer motorcycles on the road than passenger vehicles, given the weight disparity and the lack of rider protection, the fatality rate for bikers is much higher. Given these facts, it is important for all bikers to understand the legal rights of a motorcycle rider in California.

The best way to protect your legal rights following a motorcycle accident is to retain an experienced motorcycle accident attorney who knows how to fight an insurance company that is looking to pay pennies on your serious bodily injury claim. The injury lawyers at AutoAccident.com use aggressive and innovative strategies to maximize the value of your case.

Any motorcyclist who is injured due to the negligence, recklessness, or carelessness of another party has the right to seek compensation from the negligent party for their medical bills, property damage, lost income, and pain and suffering. In California, the bodily injury claim must be settled, or a personal injury lawsuit must be filed before the two-year anniversary of the incident that caused the injuries. If the negligent party is a government entity or public agency, the time limit is much shorter - action must be taken to formally notify the agency of the claim within 180 days.

Most Common Types of Injuries in Motorcycle Collisions

Because motorcycle crashes can cause such catastrophic injuries, the monetary damages in such cases are often substantial. Some of the economic and non-economic damages that may be sought by injured riders are:

Additionally, if the injured rider was married at the time of the incident, the spouse may be entitled to compensation for the negative impact the injuries had on the marital relationship. These are known as loss of consortium damages.

If the rider was killed in the accident, the decedent’s heirs may be able to file a wrongful death claim for burial expenses, funeral expenses, loss of financial support, and loss of love, affection, and/or parental guidance.

The majority of motorcycle accidents involve a collision with another vehicle. The force of impact and the lack of protection for the rider often results in severe injuries, or worse, a fatality. Intersections are particularly dangerous. Here are some suggestions for defensive motorcycle riding tactics:

In 2017, California legalized the practice of lane-splitting by motorcyclists. This allowed bikers to ride between rows of vehicles - either stopped or moving - in the same lane. Here are some rules and safe practices for lane-splitting in California:

Responsibilities of a Motorcycle Rider on the Road

Motorcycle riders have the same rights and responsibilities as drivers of motor vehicles. They must follow the same rules of the road as all motorists, including maintaining a safe distance from other cars while riding. If we could all work together safely, the number of tragic crashes would fall.

Below are some regulations in California that motorcyclists must follow:

For additional information on what you should know about motorcycle crashes, watch the video below by our personal injury law firm.

Thanks for reading our discussion about the rights of a motorcycle rider in California. Insurance companies are notoriously hard to deal with following an accident. The insurance adjuster may want you to believe that the company has your best interests in mind. To be blunt - it does not. The insurance company is interested only in paying little to no money on your claim.

The skilled injury lawyers at AutoAccident.com are very familiar with the tactics used by billion-dollar insurance companies in their quest to lowball your bodily injury claim. We have our own strategies to maximize your financial recovery. Let us do the work while you focus on healing. For compassionate, free, and friendly advice, call us at (916) 921-6400 or (800) 404-5400.

Editor's Note: This page has been updated for accuracy and relevancy. [cha 6.29.21]