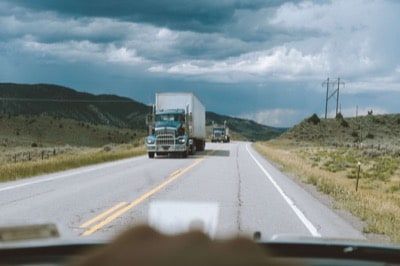 Swift Transportation is currently the largest common carrier in the United States. As of 2019, it had more than 23,000 trucks and more than 21,000 employees. The company is based in Phoenix, and much of its early operations were in Arizona and California. Swift trucks are a common sight on highways across the United States. Unfortunately, large numbers of trucks being driven long distances inevitably translate into larger numbers of trucking accidents. Over a recent two-year period, Swift trucks were involved in approximately 40 fatal trucking crashes and more than 400 incidents that resulted in serious injuries in the United States.

Why So Many Accidents from Swift Transportation?

Many reasons might explain why a particular trucking company may be involved in a large number of accidents, and the total number of miles driven is usually the biggest factor. However, another factor that is significant for Swift Transportation is the company's tendency to hire many more "first-time" drivers than other trucking companies. As expected, new drivers tend to make less money and be less expensive for an employer. Still, they often also arrive with very little training and experience other than basic truck driving school, with Swift Transportation being their "first rung on the job ladder." New-to-the-job, less experienced drivers mean a higher accident rate.

Trucking companies that try to keep salary costs down by hiring large percentages of their drivers straight out of driving school also tend to have higher turnover rates among their staff. As the drivers begin to accumulate experience, they become more attractive hiring options for other -- better paying -- trucking companies. As a result, a workforce that starts with low experience levels and lower pay tends to stay at low levels because those who become experienced will head off for better jobs.

Watch the YouTube video below to see a slideshow of accidents involving Swift trucks.

Why Injury Claims Against Swift Transportation Often Have a Higher Value

One of the biggest factors in the value of a personal injury claim is the severity of the injury, and injuries caused in trucking accident cases tend to be much more severe or even fatal due to simple physics. Tractor-trailer rigs are huge, heavy vehicles that develop tremendous amounts of momentum when traveling at highway speeds. Ordinary passenger vehicles can easily be crushed or severely damaged by them.

Additionally, jurors have a tendency to be more generous in their personal injury case verdicts against major corporations and their negligent employees than against run-of-the-mill individual drivers. And the jury verdicts from trucking accident cases that are taken to trial are a significant factor in valuing claims that are settled earlier on, either before litigation or in the early stages of a lawsuit.

Claims for injuries against Swift Transportation and other large trucking companies are significantly different from claims from ordinary traffic accidents. Many personal injury attorneys do not have the experience to best handle these types of cases. In addition to the regular rules of the road that apply to all drivers, many state and federal regulations are unique to trucking companies like Swift Transportation and their drivers and vehicles. Detailed training, testing, and discipline records must be kept for employee-drivers and data such as time-on-the-road and break and sleep time records. Modern big rig trucks are also commonly equipped with digital recorders that track both long-term statistics like miles and time-driven and short-term accident information like speed and braking data as a crash occurs.

It's important to have an experienced personal injury attorney who knows how and where to secure this important information about both drivers and trucks in a trucking accident case.

As we noted above, Swift likes to hire many of its drivers fresh out of driving school, and most of its drivers are direct employees. However, when necessary to fill in for particular jobs, Swift Transportation -- like many large trucking companies -- will also bring in independent contractors as needed. This can significantly impact personal injury claims and litigation involving Swift Transportation since, in those situations involving independent contractors, Swift may not be directly liable, or it may be much more challenging to establish their corporate liability.

Coverage limits for large claims will be based on who is or isn't found legally liable. It’s important to have a personal injury attorney with the experience needed to pursue all avenues for recovery.

There are obvious things to do after any significant traffic crash, and these include calling for police and medical services for those who have been injured. It’s important to remain calm and careful at an accident site, especially if there is still other traffic nearby on the roadway.

Be sure to speak with the investigating police officers to provide a statement about how the accident happened, but at the same time, try not to discuss this with the drivers of other vehicles. It’s best to let the facts and evidence speak for themselves at the appropriate time.

Exchange identification and insurance information with the other drivers either directly or through the police officers.

If you or a member of your family is injured in an accident involving a Swift Transportation truck, be sure to look for help from an experienced personal injury attorney. As we described above, personal injury claims resulting from truck accidents are often much more complicated and difficult to successfully resolve than more used types of traffic crash incidents. The Law Offices of Edward A. Smith – AutoAccident.com -- has been handling major personal injury cases, including trucking accidents involving companies like Swift Transportation since 1982.