Why is this important?
Home
Resources
Freak Accidents
Six Flags Accidents and Injuries 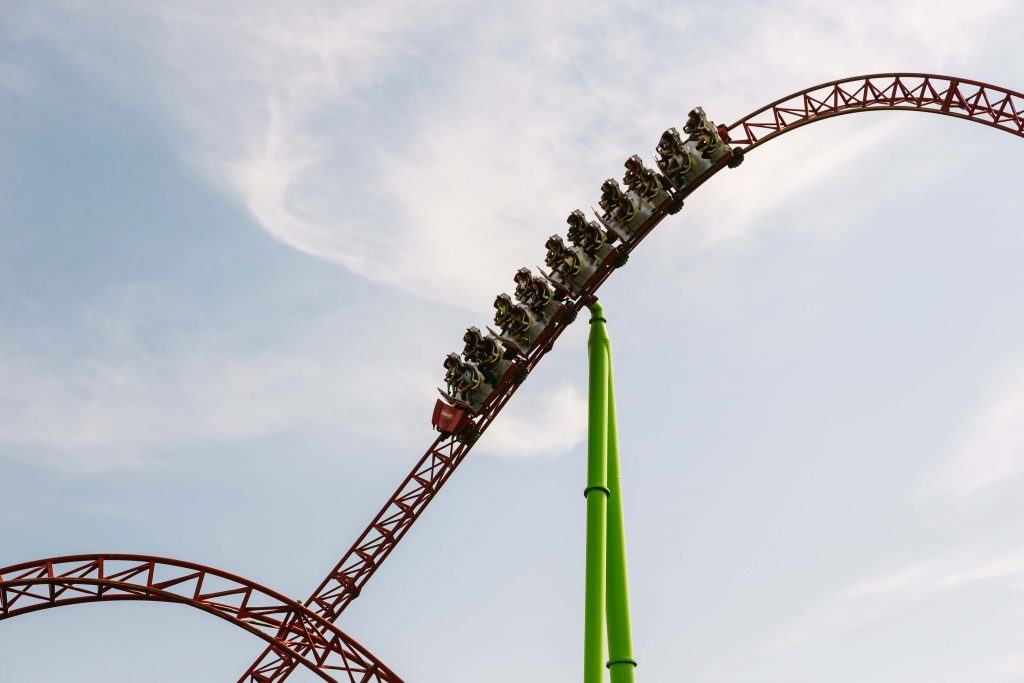 Six Flags Discovery Kingdom, one of 18 amusement parks owned and operated in North America by Six Flags, is located in Vallejo, California and is the closest amusement park to Sacramento. Six Flags Discovery Kingdom boasts seven popular roller coasters, five thrill rides, five family rides, three water rides, and 20 kiddie rides, as well as animal attractions including exhibits and interactive experiences. The park opened in 1968 and covers more than 68 acres. Six Flags is the largest amusement park chain in the world, inviting almost 24 million guests to its parks annually, making it the fifth most-visited theme park in the world.

Six Flags is notorious for incidents resulting in serious injuries to park goers, and Six Flags Discovery Kingdom is no exception. Because the park boasts many zoo-like features, exhibits, and live shows, animal attacks are common. In 1996, two individuals were injured by cougars when the animals scratched their faces and abdomen. In 1998, during a private photo session, a tiger attacked a park goer when the individual accidentally fell on it. In 2004, an elephant gored in an individual.

When an accident occurs at Six Flags Discovery Kingdom, investigators look into the cause of the accident. While a small number of accidents are caused by rider error, such as refusal to adhere to posted signs and crew member instructions, the vast majority of Six Flags injuries are caused by ride operator and amusement park negligence. Negligence is the failure to exercise a reasonable duty of care, thereby resulting in injuries. Parties only owe a duty of care to individuals if California statutory or case law mandates that responsibility, usually based on the nature of the relationship between the plaintiff and defendant. An amusement park operates for the benefit of the public. It provides rides, food, and entertainment to public consumers in exchange for money. Therefore, it is required to provide a safe experience for all park goers. This includes every aspect of the amusement park, such as the rides and animal exhibits.

A ride operator may be negligent when he or she:

Six Flags may be negligent when it:

In addition, Six Flags may be sued when its ride operator has acted negligently under the theory of vicarious liability. An amusement park is responsible for injuries caused by its employees when those employees are on-the-clock, are working within the scope of employment, and act carelessly, thereby causing an accident. A ride operator negligently operating a ride is acting within the scope of employment.

See our Reviews on Yelp, Avvo and Google. We are members of the Million Dollar Advocates Forum.

Photo by Stas Knop from Pexels

Editor's Note: This page has been updated for accuracy and relevancy. [cha 8.9.18]
Contact Us
Search
Personal Injury
Client Reviews
★★★★★
"Me and my wife; had a car accident. We were amazed how easy, professional, friendly attorney Ed Smith is along with his staff. Everybody is amazing. Thank you so much, we are very impressed!" Alex & Dinah M.
★★★★★
"Ed Smith and his office team took on a difficult personal injury case on my behalf and for the passenger in my car. Ed is a top- notch attorney. His staff couldn't have been more helpful and kind. No need to look elsewhere. I give Ed Smith my highest recommendation." Beverly
★★★★★
"Ed and Robert have been taking great care of my husband and I for the past 5+ years. They are always there when you have a problem and a quick resolution! Even when the issues have nothing to do with them. They are willing to help ease the pain off your shoulders. They are as good as it gets! Thank you again for everything." Annie T.
★★★★★
"Very professional. Great team, staff and service all around. Mr Smith was very honest, straight forward with his advice. He gives the word "attorney" an honest reputation. I will seek his council anytime, and would recommend him at the drop of a dime." Jeremy M.
★★★★★
"I would highly recommend Ed Smith to any friends or family in need of a personal injury attorney. Ed, and his staff, are very caring on top of being very experienced in this field. The staff always keeps you informed of the status of your case and they are always easy to reach by phone." Shannon D.
★★★★★
"Edward Smith law offices provide competent, thorough, and personable help for victims of personal injury. When you first meet the staff you know you contacted the right office. This law office treats clients like people. I recommend this office to anyone seeking representation regarding personal injury." David M.
View More
Submit a Law Firm Client Review