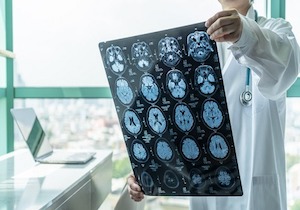 The area around Shasta Lake is breathtaking and peaceful. Yet, despite living within what looks like nature’s reserve, residents still face the possibility of a traumatic accident. While all sorts of injuries can occur, one of the worst is a traumatic brain injury, usually resulting from falls and traffic accidents. A TBI affects the injured party physically and may make it difficult to perform routine tasks or rely on cognitive skills.

Loss of cognition and physical ability makes it difficult for the injured person to work, either temporarily or permanently. When another person or entity is responsible for an accident, a Shasta Lake brain injury lawyer can help recover the financial damages frequently associated with a physical injury. Let’s explore TBIs, their incidence and types, and how an attorney can help.

It is challenging to deal with negligence-based accidents, particularly if you are injured. Your attorney has the experience needed to build a strong case against an at-fault party, deal with the insurer and investigate the accident to procure evidence.

If the accident caused a traumatic brain injury, the difficulties and monetary loss could be staggering. Call (530) 392-9400 or (800) 404-5400 to receive the free and friendly advice the legal team at AutoAccident.com can provide. You can schedule a free case review where our legal team will answer your questions and give you options going forward. Since we operate on a contingency basis, you will not pay a fee until you win.

What Is a Traumatic Brain Injury in Shasta Lake?

A traumatic brain injury disrupts brain function in one way or another. It usually results from a blow to the head that either penetrate the skull or causes an accumulation of blood on the brain’s surface or within it. At times, the TBI damages brain cell transmissions so that normal processes are interrupted.

Overall, the location and extent of damage determine the brain injury characteristics. Doctors describe a brain injury as being mild, moderate, or severe. However, even mild TBIs are capable of causing serious problems that may interfere with the person’s life for a time.

How Many Traumatic Brain Injuries Occur

There are, on average, about 3 million brain injuries in the United States annually. According to the Centers for Disease Control and Prevention, most TBIs happen to adults, with 870,000 occurring in children. Approximately 13 million individuals live with a TBI-induced disability. Read the following facts about TBIs in the United States:

Some of the most frequent symptoms of brain injury include:

Some of the most commonly seen types of TBIs are:

The type of treatment for brain injury depends on the type, location, and severity of the TBI. For many such injuries, the effects of pressure on the brain demand surgical intervention, without which the patient will perish. On occasion, the brain-injured patient will be placed in the ICU while the size of a hematoma is monitored. If it continues to enlarge, they will require surgical removal of the clot.

Resolution of a TBI

After surgery or other types of treatment, the patient is continually evaluated using the Glasgow Outcome Scale. Mild TBIs usually show gradual improvement. However, those with mild TBIs show a different pattern.

Sixty percent of mild TBI patients show an improvement over time. However, 25 percent are moderately disabled, and another 10 percent do not recover. Of those with severe TBIs, only 25 percent recover with a negative survival rate of 33 percent.

Liability in a Brain Injury

All individuals who suffer a brain injury due to negligence or wrongful intent have the right to file a lawsuit against the at-fault party. The damages are generally severe, and claims from $100,000 to several million are expected. This is due to the cost of treating and monitoring a brain injury and the disabling effect on the injured party.

What a Lawsuit Can Recover

Your attorney will be able to help obtain the compensation you deserve in a brain injury case. Some examples of monetary recovery are:

Your Shasta Lake brain injury lawyer will be able to answer any questions you may have in this regard.

We are the proud holder of the following memberships:

Learn more about our practice at the links below: