Why is this important?
Home
About Us
Sergio Cabrera 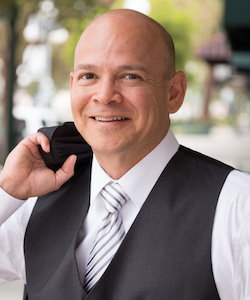 "I feel privileged to work with a great group of lawyers who are passionate about representing injured people."

For the past 18 years, Sergio has represented real people who have been hurt and injured during automobile and other types of accidents. Sergio spent the other half of his career representing employees who have been the victims of wage theft or who have been wrongfully terminated.

Sergio attended the University of California, Los Angeles, where he earned an undergraduate degree in Sociology in 1997. He received his legal education at the University of La Verne School of Law while attending law school at night and clerking for the El Monte City Attorney's office during the day.

In 2009, Sergio was invited to, attended, and graduated from the legendary Gerry Spence Trial Lawyers College. The Trial Lawyers College is dedicated to training and educating lawyers and judges who are committed to the jury system and to representing and obtaining justice for individuals; the poor, the injured, the forgotten, the voiceless, the defenseless and the damned, and to protecting the rights of such people from corporate and government oppression.

Sergio believes in creating safer communities and currently serves as an active member of the Consumer Attorneys of California, California Employment Lawyers Association, the American Association for Justice, and the Los Angeles and Sacramento county bar associations.

In his leisure time, Sergio enjoys splitting his time between practicing yoga, rolling jiu-jitsu, volunteering with teens and the indigent and spoiling his two dogs!