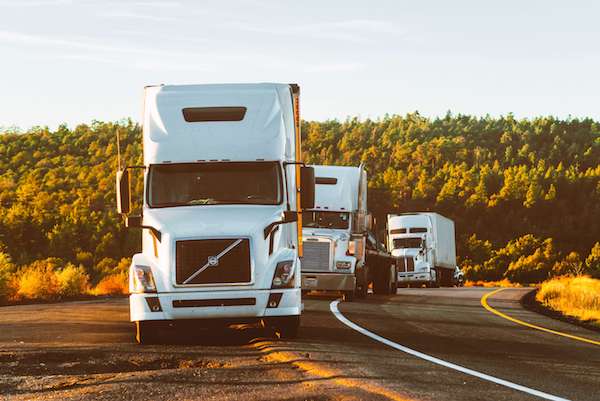 Gross negligence is widely recognized as being negligence of a higher magnitude than ordinary negligence.

In Carter v. LeBlanc Lumber Co., 37 So. 2d 471, gross negligence was found where a log truck stopped on the main thoroughfare at night without rear lights or other warning devices. And in yet another instance, in Highbarger v. Thornock, 94 Idaho 829, gross negligence was established where a driver drove while his vision was obscured by a mud-splattered windshield.

While ordinary negligence is the failure to exercise ordinary care, gross negligence requires a mental attitude which shows that the defendant knowingly acted with a gross lack of concern, which raises the belief that the act or omission alleged was the result of a purposeful indifference to the health and safety of others. The requisite state of mind, which demonstrates a purposeful indifference can be inferred by the defendant's actions.

An injured party may show gross negligence by proving that the at-fault party had actually acknowledged that her conduct caused an extreme level of risk. The injured party may subsequently prove that the defendant's gross negligence by showing that, given the variables involved, a reasonable person would have known that her conduct created an extreme level of risk to the safety of other drivers. Purposeful indifference provides evidence, when shown at the moment of harm caused to the injured party, of the defendant's willingness not to care for the consequences of their behavior, which led to the harm.

In many cases, it is not enough to show that the defendant was simply careless or inattentive, or had a relatively minor lapse of judgment, or had made a mistake. More must be shown. For example, in one case, a truck driver made a conscious decision not to pull over to the side of the road and stop his vehicle when he had a flat tire but instead knowingly and willfully continued to drive. This knowing and willful decision making, which ultimately led to a wreck, could be evidence of gross negligence. See Hylander v. Groendyke Transp, Inc., 732 S.W.2d 692.

In a jurisdiction that recognizes the principle of gross negligence will ordinarily allow recovery of exemplary damages against an at-fault driver as punishment for her wrongdoing. If enough evidence is established for a showing of gross negligence, in some jurisdictions, an award of punitive damages will be ordered not only against the semi-truck driver but also against the owner and/or employer of the truck and driver.

In one case where a truck driver left his stalled truck unattended, with fewer flares than required by law, and near a highway in darkness, a finding of gross negligence was established. Inter-City Trucking Co. v. Daniels, 178 S. W. 2d.

In another similar instance, gross negligence was also found where the driver of a disabled tractor-trailer left his vehicle parked on the highway without lights. Garner v. Maxwell, 360 S.W.2d 64. In yet example of gross negligence, a truck driver's attempt to turn his tractor-trailer on an interstate so that he could proceed north in the southbound lane and exit at a nearby entrance ramp to go to a restaurant failed when the rig got stuck midway through the turn and blocked the southbound lanes and the left berm. Worse still, the semi-truck driver could not place flares out because the flare compartment in his cab was jammed shut. As a result, an approaching automobile collided with the truck, and the driver was killed. Sakamoto v. N.A.B. Trucking Co., 717 F.2d 1000.

In another situation, a semi-truck driver pulled a trailer that had no rear lights on a public highway while it was at night under circumstances where the truck driver had been trained to check the lights on the trailer. The employer of the truck driver had a policy that the lights should be checked each time the trailer left the truck yard, and he knew that operating the truck without trailer lights would be significantly dangerous. Furthermore, the driver was aware that one of the tail lights was non-operational. Had the driver simply taken the time to check the lights, a subsequent collision could have been avoided. Because the driver had purposely decided not to follow protocol and do a simple, and important task such as checking the lights, a court found the driver to have consciously disregarded a duty and was grossly negligent. Strahan v. Davis, 872 S.W.2d.

Trucking companies may be found grossly negligent as well in instances of failing to properly hire, train and supervise employees, which in turn results in grossly negligent behavior. In one case, a trucking company continued to employ and failed to discipline a driver who repeatedly violated numerous federal safety regulations. Given this, the company was found significantly indifferent and grossly negligent. Dalworth Trucking Co. v. Bulen, 924 S.W.2d 728.

If injured in a motor vehicle collision involving a semi-truck, it is vital to consult with an experienced and knowledgeable semi-truck accident attorney to determine all your options and potential damages that may be available. Cases involving commercial vehicles are often complex and challenging. It is essential to consult with an experienced commercial vehicle accident lawyer, so all options are considered.

Photo by Quintin Gellar from Pexels