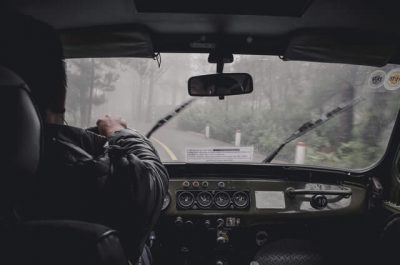 An auto accident caused by a wrong-way driver almost always involves a violent impact and severe injuries, even death.  Call my office for compassionate advice if you or a loved one suffered such a terrifying experience and are dealing with rising medical expenses, time off work, and physical and emotional injuries.  I have experience with wrong-way driver accidents and can assist with your difficult situation.

Since 1982, the lawyers and staff at AutoAccident.com have worked diligently on behalf of Sacramento residents who have been injured in all types of automobile accidents. For free and friendly advice, reach us at (916) 921-6400 or (800) 404-5400.

Each year on average, 37 people are killed as a result of wrong-way crashes in California. Nearly all wrong-way drivers that cause these incidents are intoxicated and severely impaired.  Most such incidents occur in the left-hand lane and involve a head-on collision with a vehicle or vehicles traveling in the correct direction.

The idea of such a crash is terrifying.  The severity of occupant injury associated with these types of incidents recently led to a pilot program that we hope will save lives.

On July 13,2020, UC Davis Advanced Highway Maintenance and Construction Technology (AHMCT) Research Center and CalTrans released a pair of reports outlining the results of their three-year pilot program, which focused on methods to prevent collisions caused by wrong-way driving. While that type of collision remains rare, when they do occur, they are often deadly.  The pilot program tested different methods along exit ramps in Sacramento and San Diego to deter wrong-way drivers.

One phase of the pilot program involved installing reflectors to warn drivers that they are entering the highway in the wrong direction.  Because this method was very successful at its goal of deterring wrong-way drivers, Caltrans continued installation of the reflectors, and they have been installed on hundreds of miles of California roadways.  The reflectors are low-cost and very effective.  They resulted in significant reductions in wrong-way accidents in the areas in which they were installed.  It was determined that they should be used throughout the entire state, given their potential to save lives.

The reflectors were installed along the pavement - they appear yellow or white for drivers proceeding in the right direction and red to wrong-way travelers.  These reflective markers ended up being an effective wrong-way deterrent based on Caltrans' monitoring of the exit ramps included within the pilot program. Going forward, Caltrans will be installing them in other areas as they perform routine repaving or maintenance.

In addition to the reflectors, "Wrong Way" signs were installed at off-ramps.  Some off-ramps were outfitted with "Do Not Enter" signs that featured flashing LED lights.  In addition, radar monitoring systems were employed to detect drivers going the wrong way.  If the radar detected a wrong-way driver, a second set of LED signs was activated, and photos and alerts were sent to the California Highway Patrol (CHP) and Caltrans in real-time.

The flashing signs showed the potential to prevent wrong-way crashes.  Caltrans plans to continue monitoring the impact of the flashing lights to decide whether to install at additional exit ramps throughout California.

Sacramento was part of the pilot program since it had a spate of wrong-way collisions in recent years.  There were ten collisions between Sacramento and San Diego related to wrong-way driving within the first six months of 2015 alone.

Researchers from UC Davis's AHMCT partnered with Caltrans during the pilot program.  They were in charge of a second study focusing on Sacramento that used a Vision-Based Site Monitoring (VBSM) system in hopes of better understanding what leads to wrong-way incidents.  They hypothesized that the cause of some wrong-way incidents starts before a driver entering a ramp.  Because of this, they extended their field of view to include more of the roadway encompassing the exit ramp area.  The VBSM system included a camera, solar panels, analytical software, and a modem mounted on nearby poles.  The system took video footage once a wrong-way driver was detected.  The recording allowed the UC Davis team to study the vehicle's path for a longer period of time and get a more comprehensive look at the driver's behavior that may have led to the wrong-way driving.

Below is a 2018 video questioning the effectiveness of wrong-way detection in place at that time.

When it is time for you to decide on a Sacramento wrong-way driver accident lawyer, you will get the best results by researching the attorney's credentials and getting feedback from the attorney's prior clients.  It is important to choose a lawyer who has worked with cases like the one you will be retaining counsel.  A family law attorney will be unlikely to get the same results for you as an attorney with decades of experience in complex personal injury matters.

Autoaccident.com has a team of professionals that are highly skilled in personal injury law.  We have litigated all types of serious automobile accident cases, including those involving a wrong-way driver.  The negligence of a wrong-way driver is something we do not take lightly, and our firm will fight for your rights of recovery.

Editor's Note: This page has been updated for accuracy and relevancy [cha 8.31.21]

Photo by Thái An on Unsplash