Local drivers know well the everyday traffic hazards on local streets and highways in Sacramento. Careless drivers can turn a trip to work, school, or the store into a frightening ordeal. Distracted and reckless motorists cause fender-benders and much more devastating accidents each week on busy city streets like El Camino Avenue and Interstate 5.

A look at the yearly car accident statistics in Sacramento indicates a recent trend of increasing crash numbers. After an explainable dip in traffic incidents in 2020, 2021 saw a return to elevated numbers resuming the regrettable climb towards 4,000 accidents a year.

AutoAccident.com examined the crash data for Sacramento and put them in an easily understandable visual form. The goal was to help drivers more easily grasp the toll that dangerous driving takes on Sacramento victims and their families. With this knowledge, there’s hope that the rest of 2022 can be a safer and less frightening stretch.

Vehicle collisions had been on a steady rise since 2017, but the pandemic year of 2020 caused accident rates to plummet. Fewer people were traveling Sacramento roads for a large part of the year as quarantines took effect and that led to fewer impacts.

Unfortunately, the encouraging reversal didn’t last long. A look at preliminary numbers for 2021 accident rates shows that people returned to the roads and the climb resumed. According to California’s Transportation Injury Mapping System (TIMS), 2021 saw the most Sacramento vehicle accidents in at least a decade. TIMS totals only count accidents that resulted in an injury or a fatality. 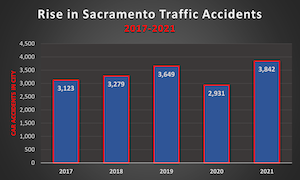 Fatalities are a tragic component of each year’s crash statistics in Sacramento. According to TIMS data, 2021 also saw fatality rates in accidents rise to elevated levels after a dip in 2020. 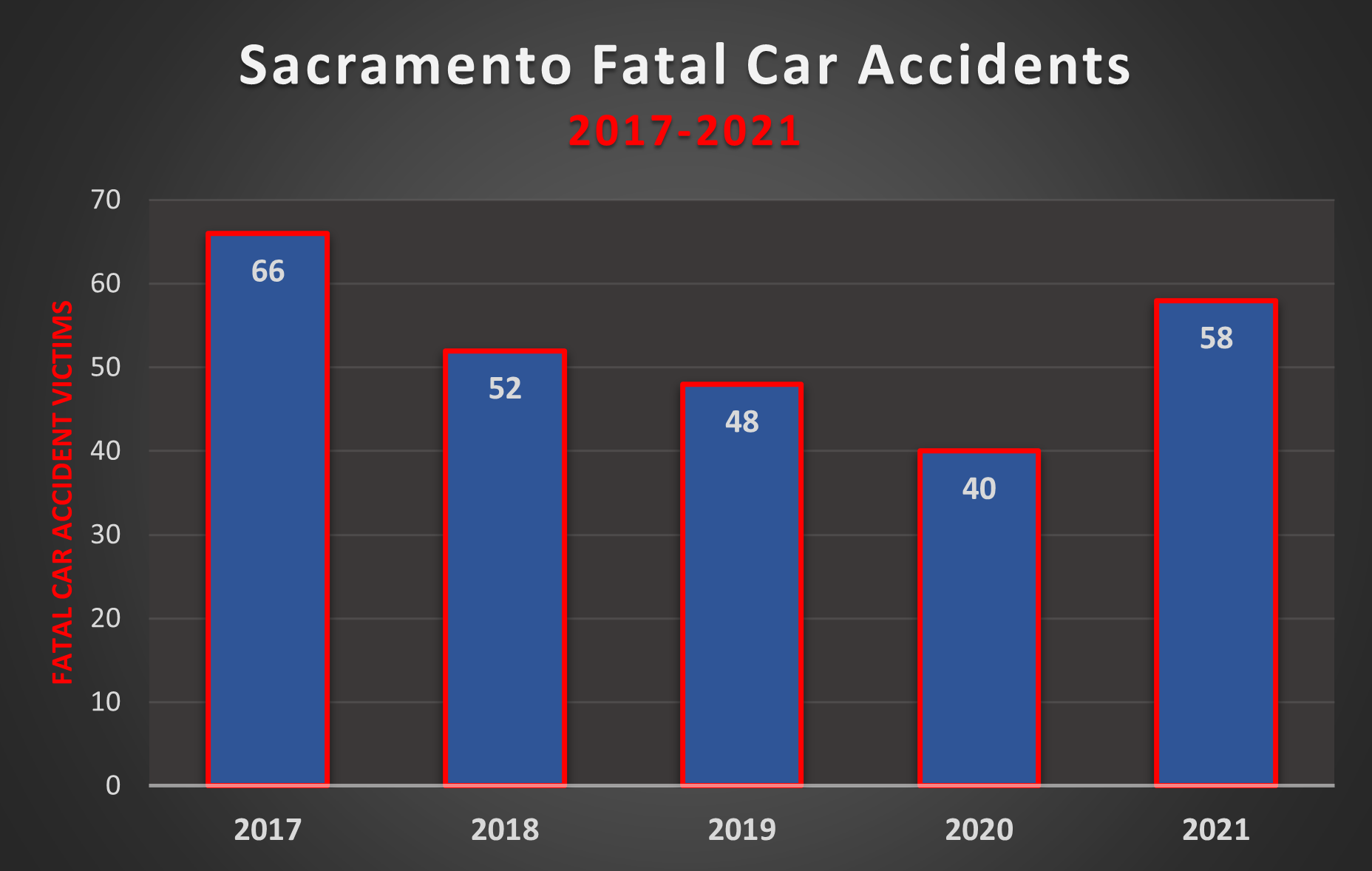 According to KCRA-TV, the Sacramento Police Department has noted a frightening uptick in pedestrian accidents in the city. Despite the reduced traffic levels in 2020, pedestrian collision incidents have been on the rise for at least three years now.

Sacramento Police said they’d recorded 19 pedestrian fatalities in the city by the start of November. TIMS records indicate that Sacramento’s tragic pedestrian death toll reached 22 victims by the end of the year. 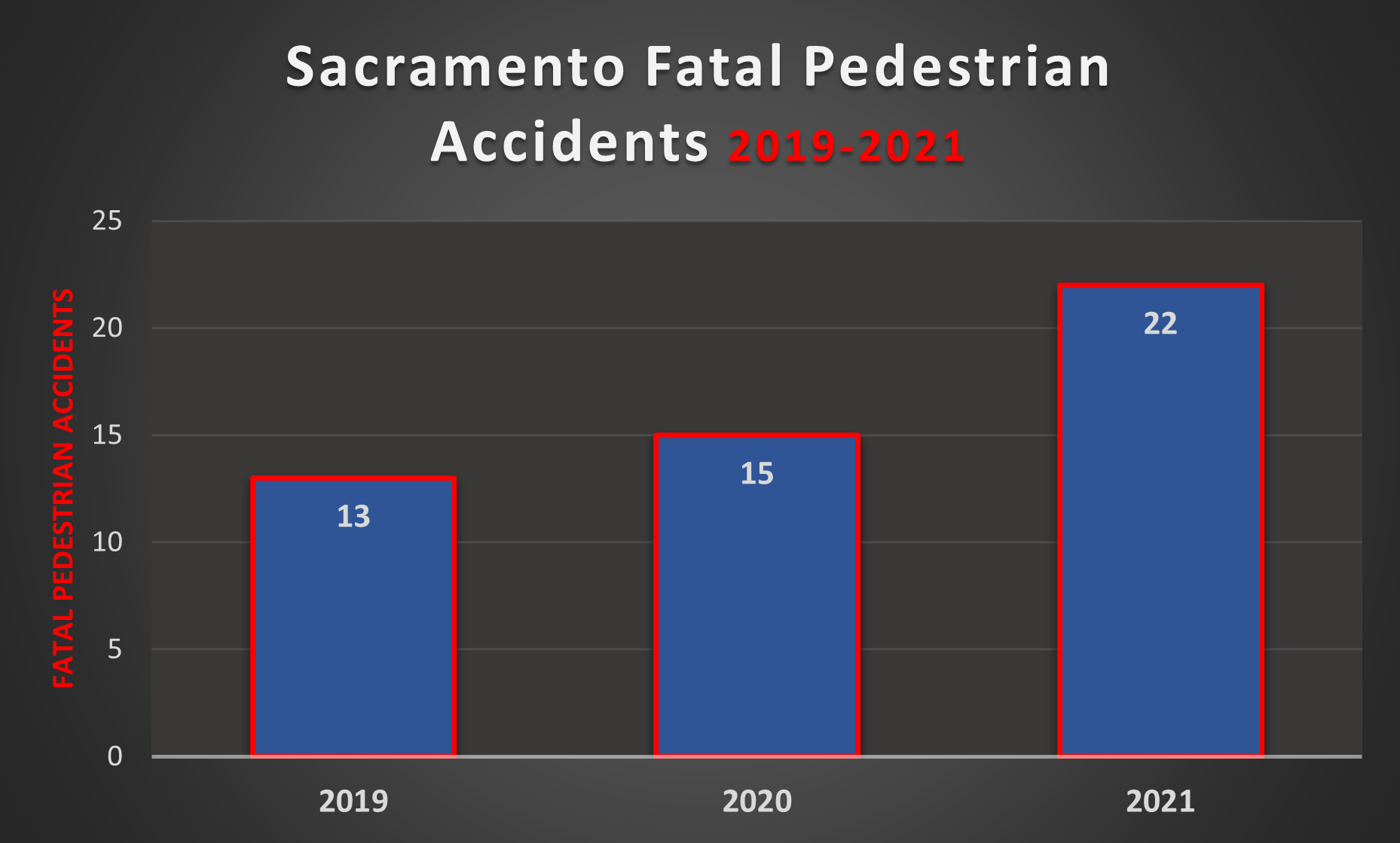 Alcohol-Related Accidents in Sacramento in 2022

According to TIMS preliminary data from 2021, accidents where alcohol impairment was a factor also saw a sharp increase. City officials reported over 400 alcohol-related collisions that resulted in injuries or fatalities. These tragic accidents led to over 600 injuries in Sacramento in 2021. 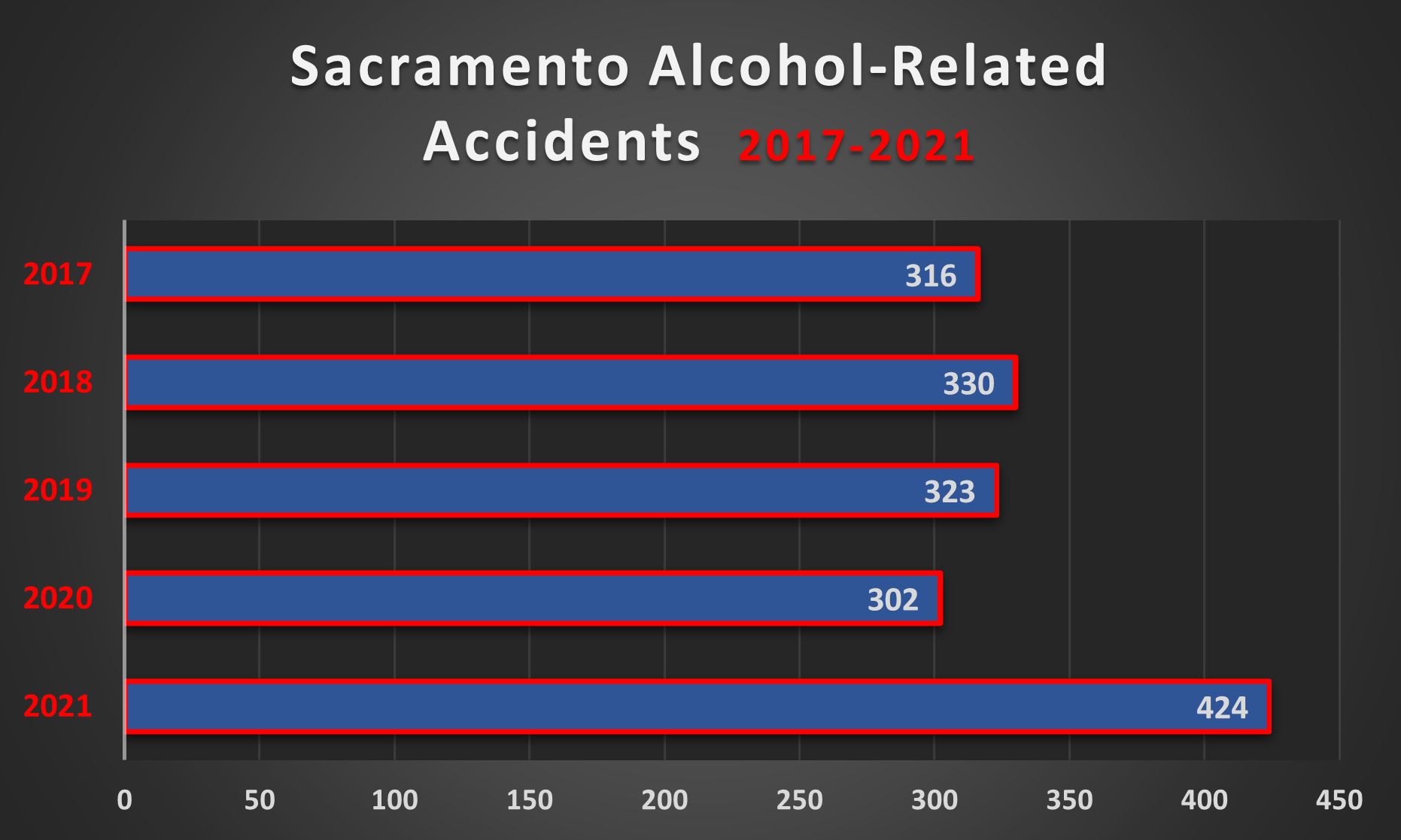 A spike in drunk driving fatalities followed the increase in crashes. The indefensible decision to get behind the wheel while intoxicated took a deadly toll on local communities and families. After a dip in fatal cases in 2020, DUI tragedies made an unwelcome comeback across Sacramento. 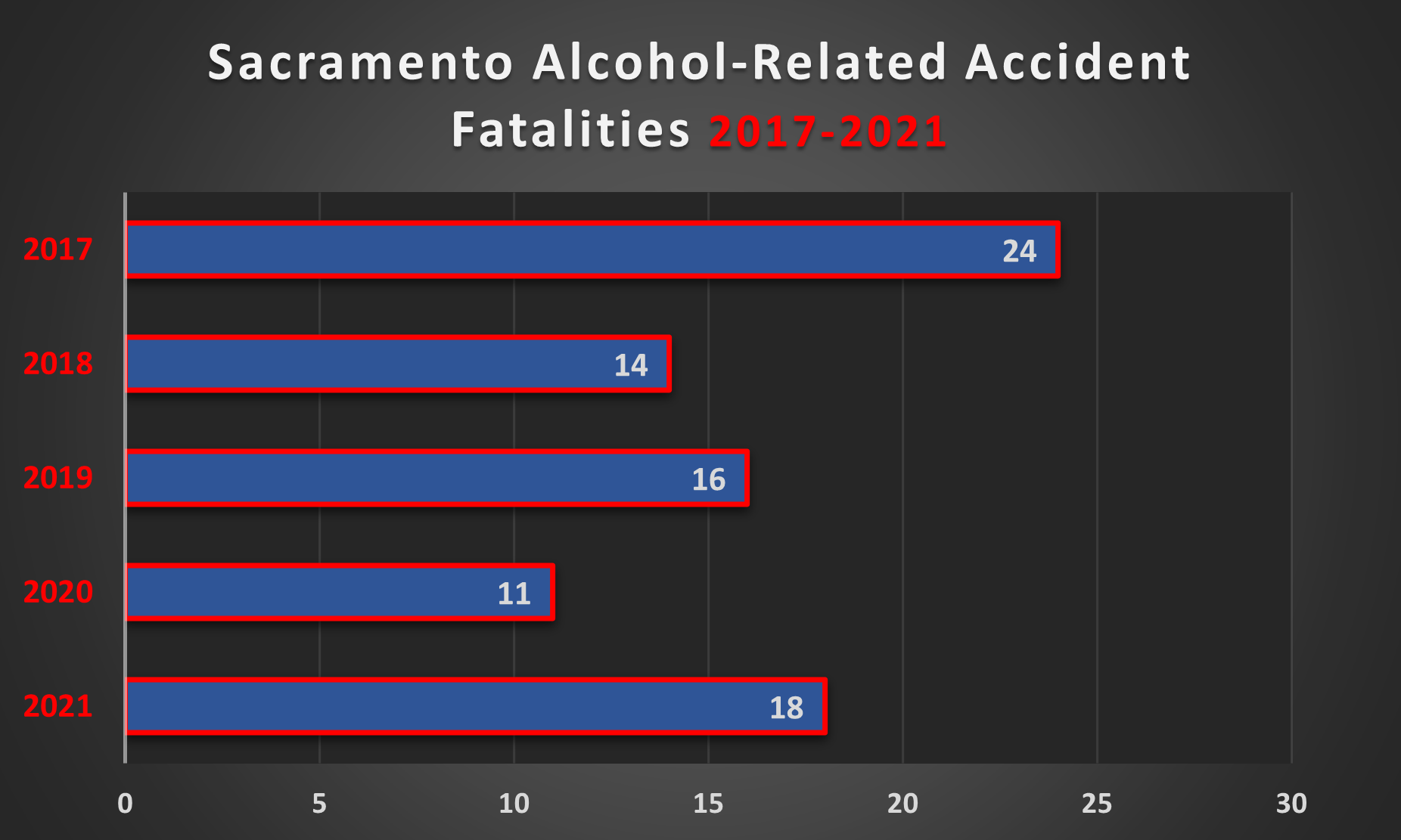 The Daily Democrat reported on DUI case surges noted by Sacramento County’s District Attorney’s Office in 2021. The grim news is that the number of DUI court cases involving a fatality more than doubled. Sacramento County filed 27 DUI-related death cases for the year. In comparison, only 12 cases were filed in 2020.

The Most Dangerous Roads in Sacramento

As part of Sacramento’s Vision Zero plan, some of the most hazardous stretches of road were highlighted for safety improvements and awareness campaigns. The city has pledged to eliminate traffic deaths and serious injuries on these routes and others by 2027.

As a part of an updated plan released in December of 2020, five one-mile segments of some of Sacramento’s busiest thoroughfares were targeted.

A one-mile stretch of Florin Road from 24th Street to Munson Way was identified as one of the most dangerous routes for motorists, pedestrians, and cyclists based on nearly a decade of crash data. This section of road was the scene of 192 car accidents over a nine-year period. That same span saw 28 pedestrian accidents and 29 accidents involving cyclists.