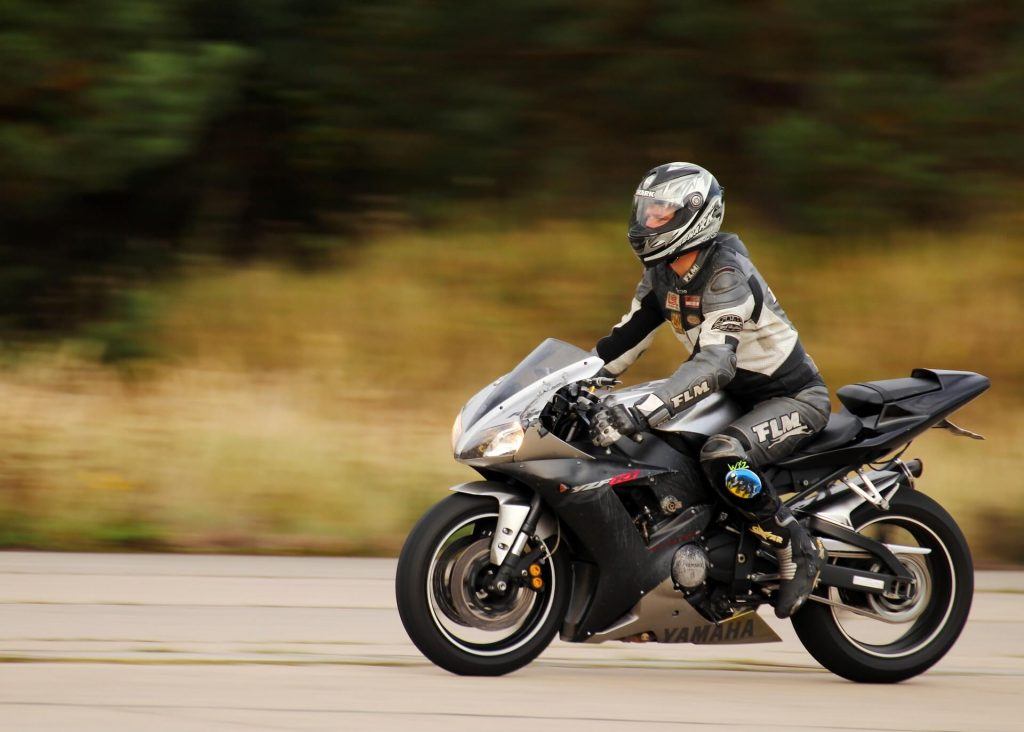 The State of California is almost synonymous with motorcycle riding: long stretches of open freeway and (generally) fair and temperate weather makes California an ideal place to own and ride a motorcycle. Even in the more northern reaches of the state around Roseville, motorcyclists can be seen cruising around town or traveling up and down Interstate 80.

How Common are Motorcycle Accidents in California?

What are the Common Causes of Roseville Motorcycle Accidents?

Why You Should Wear Motorcycle Protective Gear

Even where a motorcyclist’s own behavior is potentially negligent, however, California law may still allow the motorcyclist to recover some compensation from another driver or motorcyclist who also contributed to the crash and the motorcyclist’s injuries. It is best to discuss your case with a Roseville motorcycle lawyer who can advise you whether you have a viable claim and, if so, what facts or circumstances about your case might result in a diminution of your recovery.

What are the Most Common Motorcycle Accident Injuries?

In a typical car crash, both the drivers and occupants of each car are protected from some of the forces and dangers of the impact because of the cars’ bumpers, airbags, and frame. These safety features (and others) are designed to work together so that as little force as possible impacts the occupants of the car and that the occupants are kept as safe as possible. Motorcyclists do not enjoy any of these protections: in fact, in most cases, the motorcyclist’s only protection from the effects of a crash is his or her helmet and whatever protective clothing he or she is wearing. Motorcyclists can suffer:

The video below discusses some of the most common causes of motorcycle accidents.

What Should I Do After a Roseville Motorcycle Accident?

If you are a motorcyclist and you have just been involved in a motorcycle accident, your first concern should be seeking immediate medical evaluation and treatment. Prompt medical treatment is essential to preventing any injuries you sustained from worsening or becoming more problematic to treat. Even if you feel fine or do not believe you have been seriously injured, you should still seek medical evaluation to ensure that you do not have any internal injuries that have simply not yet manifested symptoms.

Once you have summoned medical help and if you are physically capable of doing so, you should try to accomplish the following tasks while at the scene of the crash:

In addition, as soon as possible following the accident you should write down how you remember the accident occurring in detail. Try to retain as many facts as you can and make your writing legible. This will prove useful when you need to provide a description of the accident as you will not have to rely upon your memory to fill in important details.

How a Roseville Motorcycle Accident Lawyer Can Help

I’m Ed Smith, a Roseville Motorcycle Accident Attorney, with the primary accident information site on the web, AutoAccident.com. I have been helping injured motorcyclists in and around Roseville since 1982. If you or a loved one has suffered a serious injury during a motorcycle accident in Roseville or elsewhere in California, call me now at 916.921.6400 or 800.404.5400 for free, friendly advice.

Photos by depositphotos, DaKub on pixabay

Editor’s Note: This page has been updated for accuracy and relevancy [cha 10.22.19]