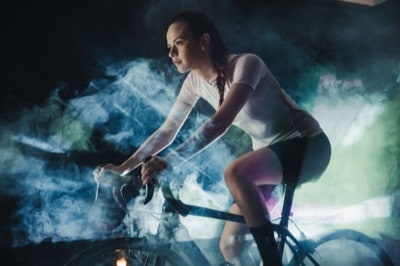 When a bicyclist is hit by a larger vehicle like a car, truck, or SUV, the bicyclist usually bears the brunt of the damage stemming from the collision. For example, three bicyclists involved with the Fresno Cycling Club suffered catastrophic injuries when they were hit by a drunk driver of a motorcycle. The bicyclists had to be taken to Community Regional Medical Center for emergency medical treatment. The California Highway Patrol suspects the reckless motorcycle operator was under the influence of alcohol when he lost control of his bike and collided with the bicyclists from behind as they rode on the right shoulder of Copper Avenue, according to the Fresno Bee.

The YouTube video below provides an overview of bicycle injuries and deaths in the United States.

What To Do After a Rosemont Bicycle Accident

If you were hit by a vehicle while riding your bicycle, you should take some important steps after the collision. If you are physically able, call 911 and request both police and an ambulance. You should then get the contact information of the driver who hit you. This information includes their name, home address, cell number, and auto insurance details. You should also try to get the names, telephone numbers, and addresses of anyone who saw the collision. This is extremely important because eyewitness testimony can substantiate your bicycle accident injury claim against the driver. Again, if you are physically able, you should take photographs of any damage to you and your bicycle. This means any cuts, scrapes, or bruises should be photographed.

After you have been treated by a doctor for your injuries, you should contact an experienced Rosemont bicycle accident attorney to schedule a time to sit down and discuss the possibility of filing a personal injury claim against the driver who hit you. Or, if someone you love was injured or killed in a bicycle accident, contact the lawyer right away to file a claim for damages and/or wrongful death.

No Legal Fee if No Financial Recovery Obtained For You

You may be concerned about hiring a Rosemont bicycle accident lawyer because you are already under major financial strain after the accident, including large medical bills and time missed from work where you could have been making money. You do not want to be responsible for paying a large retainer fee or hourly fee. Fortunately, you can put your worries to rest since bicycle accident lawyers generally work on a contingency fee. This means you do not pay a lawyer anything upfront. The lawyer’s fee is contingent on them obtaining a favorable outcome for your case.

I’m Ed Smith, a Rosemont bicycle accident lawyer. If you or your loved one has been injured by a negligent motorist, please reach out to our injury lawyers today for some free, friendly advice. You can reach us by calling 916.921.6400 or 800.404.5400.

When you call, we can go over the details of your Rosemont bicycle accident and determine the best way to proceed with a claim for damages. Remember, we take cases on a contingency fee basis. This means that you do not pay any fees upfront. We get paid after the successful resolution of your case.

Photo by Munbaik Cycling Clothing from Pexels
Contact Us
Search
Personal Injury
Client Reviews
★★★★★
"Me and my wife; had a car accident. We were amazed how easy, professional, friendly attorney Ed Smith is along with his staff. Everybody is amazing. Thank you so much, we are very impressed!" Alex & Dinah M.
★★★★★
"Ed Smith and his office team took on a difficult personal injury case on my behalf and for the passenger in my car. Ed is a top- notch attorney. His staff couldn't have been more helpful and kind. No need to look elsewhere. I give Ed Smith my highest recommendation." Beverly
★★★★★
"Ed and Robert have been taking great care of my husband and I for the past 5+ years. They are always there when you have a problem and a quick resolution! Even when the issues have nothing to do with them. They are willing to help ease the pain off your shoulders. They are as good as it gets! Thank you again for everything." Annie T.
★★★★★
"Very professional. Great team, staff and service all around. Mr Smith was very honest, straight forward with his advice. He gives the word "attorney" an honest reputation. I will seek his council anytime, and would recommend him at the drop of a dime." Jeremy M.
★★★★★
"I would highly recommend Ed Smith to any friends or family in need of a personal injury attorney. Ed, and his staff, are very caring on top of being very experienced in this field. The staff always keeps you informed of the status of your case and they are always easy to reach by phone." Shannon D.
★★★★★
"Edward Smith law offices provide competent, thorough, and personable help for victims of personal injury. When you first meet the staff you know you contacted the right office. This law office treats clients like people. I recommend this office to anyone seeking representation regarding personal injury." David M.
View More
Submit a Law Firm Client Review