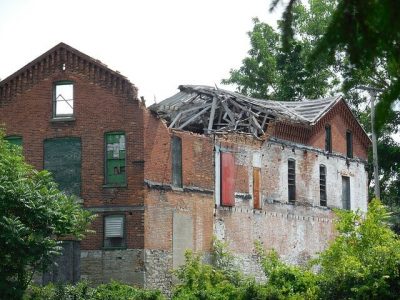 What starts out as an ugly brown water stain on your ceiling could soon become a nightmare.  If water continues to build up it could cause an eventual ceiling collapse, which can lead to terrible consequences for people residing in apartments or rental homes.  Roof and ceiling collapses have also occurred on commercial sites such as restaurants, supermarkets, office buildings, and shopping malls.  Often a collapsing roof is sudden, leaving little to no time for a building occupant to react. The injuries caused by a ceiling collapse can be devastating, even deadly.  California law provides remedies for tenants who have suffered injuries and damages due to a ceiling collapse that results from the negligence of the property owner or landlord, and our skilled attorneys have successfully handled such complex cases.Common Causes of Ceiling CollapseWho is Responsible?

Property owners and landlords have a responsibility to provide a rental unit that is habitable - and that includes maintaining the building's structural safety.  There is a requirement that the landlord repair unsafe conditions of which they are aware within a reasonable amount of time.  If the known dangerous condition is not remedied and as a result, a tenant is injured by that condition, the property owner/landlord may be held legally and financially responsible for the tenant’s injuries and damages. This area of law is called premises liability, and there are a few significant elements of proof that must be evident before an injured tenant can succeed in such a legal matter.

The property owner and/or property management company are potential defendants in a ceiling collapse lawsuit.  In a premises liability matter, the plaintiff (the injured party) will need to establish the following:

If the landlord or property management has been inside the living space on a number of occasions when the dangerous condition was visible, this could be argued to be proof of constructive notice.  However, actual notice is much stronger evidence and much easier to prove when documented - so if you see something, say something (in writing; with photos).

Here are some examples of behavior by a property owner or landlord that could result in the finding of negligence  once notice has been established:

If the worst-case scenario happens and the ceiling does collapse and you are injured, be sure that someone photographs the aftermath before the area is cleaned and repaired.  Get photographs of all visible injuries as well.  If at all possible, call a building inspector to investigate the cause of the collapse.  The property owner or landlord will likely try to make the claim that they were unaware of the condition, or that they did not have enough time after gaining notice to make the repairs.  Evidence of long-term damage can counter such a claim.  Getting statements from your neighbors to support your side of the story will also be helpful.

While the event is fresh in your memory, make notes about how you were injured.  Were you struck in the head by falling debris?  Did you fall off the bed and suffer a back strain or broken leg?

Due to the complexity of the issues involved in a premises liability claim, it is best to retain a lawyer as soon as possible after the event.  Look for an attorney with significant experience in ceiling collapse cases. A thorough investigation including evidence gathering early in the case will almost always lead to a better conclusion.

A ceiling collapse can result in severe injuries. Head injuries and traumatic brain injuries (TBI) are common since the debris falls from overhead.  Other examples of injuries caused by a ceiling or roof collapse include:

If you or a loved one has suffered injuries due to a ceiling or roof collapse in a private residence or commercial building, contact our roof collapse premises liability attorneys. You may be entitled to compensation including, but not limited to:

The Importance of Experienced Legal Representation

Collapsing ceilings are not as rare as they may sound.  Each case is different and presents unique challenges and potential complications.  A firm experienced in roof and ceiling collapse cases will be able to protect your rights and navigate the complexities, in order to get you the maximum financial recovery.

Watch this YouTube video of a ceiling collapsing in a mall a few years back.

I’m Ed Smith, a Roof and Ceiling Collapse Lawyer in Sacramento.  If you suffered injuries in a roof or ceiling collapse caused by the negligence of the landlord or property owner, I welcome you to contact us.  My skilled team will offer compassionate, free, and friendly advice.  Give us a call at (916) 921-6400 or (800) 404-5400.

The Million Dollar Advocates Forum and the National Association of Distinguished Counsel are two legal associations of which we are members.

For past case results, have a look at the verdicts and settlements section of our website.  For prior client reviews see Google, Yelp, and Avvo.

Image by Nancy Hill from Pixabay