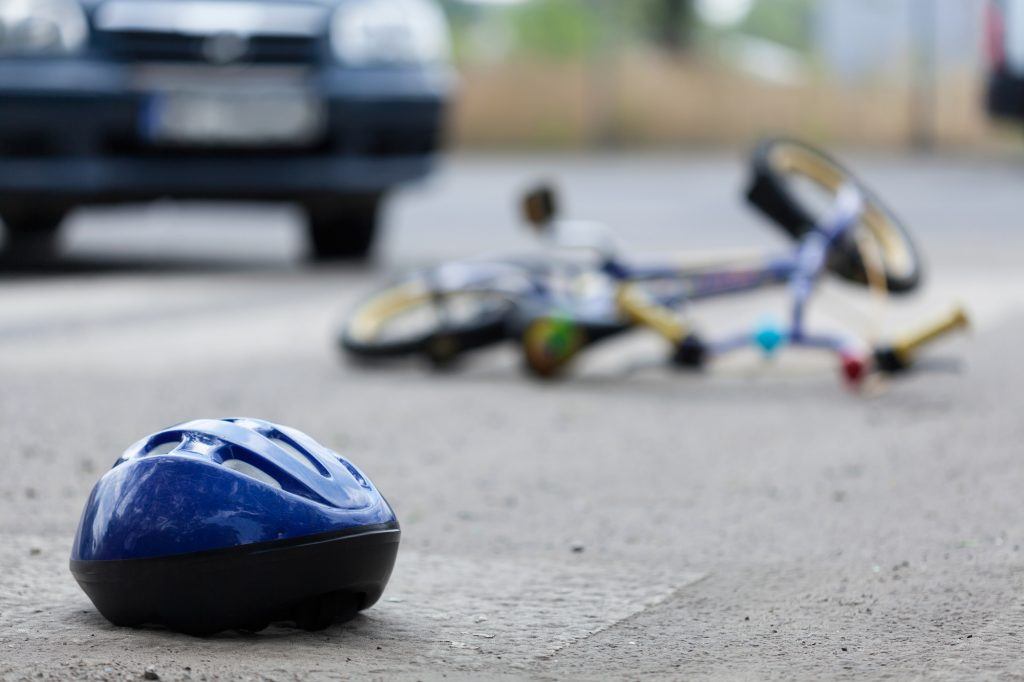 Rocklin, California, is centrally located in the foothills of the Sierra Mountains, with easy access to outdoor recreational areas. With its panoramic mountain views and nice year-round weather, Rocklin is a great place for bicycle enthusiasts.

If you have been injured in a crash as a cyclist, you may benefit from the assistance of an experienced Rocklin injury attorney. Contact our law firm at (916) 921-6400 for a free consultation regarding your potential personal injury claim.

Bicycle accidents are common in and around Rocklin and across the country. According to the National Highway Traffic Safety Administration (NHTSA), nearly 800 bicyclist deaths occurred in 2017.

In California, there were 124 bicyclist deaths reported. The NHTSA stated that California had the highest or second-highest bicycle deaths every year from 2007 to 2017.

In many car accidents involving bicycles, the cyclist is often severely injured, while the driver of the larger vehicle usually walks away unscathed or with only minor injuries. Drivers cruise around in cars whose manufacturers often advertise extensive safety features. However, bicycles have no essential safety equipment aside from what the cyclist wears, and this usually means the only form of protection is a helmet. As a result, it is common for bicyclists to suffer the following types of injuries in accidents with motorists:

When a bicycle is hit by a motor vehicle on a road or highway, it is often the result of a driver's negligence. There could be many reasons for this, such as failure to look before turning or changing lanes, sideswiping a cyclist on the road, or "dooring" a cyclist riding in a bike lane.

Filing Deadline for a Bicycle Collision in California

In many cases, cyclists can bring a claim seeking financial restitution for their harms and losses against the responsible party or parties. Any lawsuit resulting from injuries sustained in a bicycling accident must be brought within two years from the cycling accident date. Valid suits are typically brought against the at-fault driver (with their insurance company as the primary source of financial recovery).

Types of Injury Compensation for a Cycling Crash Claim

In bicycle accident cases, the theory of legal recovery is negligence. If a plaintiff is thriving in a negligence lawsuit, the plaintiff is generally entitled to economic and non-economic damages designed to compensate for any injury caused by the defendant's negligence. The categories of damages that plaintiffs can recover are:

You could also pursue punitive damages if the driver's conduct was particularly egregious or shocking. This is a unique form of damages intended to punish a defendant for genuinely appalling behavior.

Though, punitive damages are rarely awarded since there needs to be clear and convincing evidence of the defendant's egregious behavior. Consult with a Rocklin bicycle accident lawyer for your legal options.

Tips for Protecting Yourself After a Bicycle Accident

Insurance claims adjusters may want you to provide a recorded statement before you have had a chance to speak to a bicycle accident lawyer in Rocklin. Second, studies have shown that clients with legal counsel typically recover more through settlement or jury verdict.

The video below provides tips on how bicyclists can ride safely around cars.

How do I know if I need a bicycle accident lawyer?

It is best to consult with an injury attorney to discuss the specifics of your case. It will be clear whether your accident case requires a lawyer during the meeting. The attorney's job is to protect your rights and ensure you get fair compensation for your bicycle accident case. Most insurance companies will tell you that they will compensate you for your medical expenses and damages. However, the insurance adjuster is not your friend and has its own financial interests in mind. Injured individuals who represent themselves receive a less settlement amount than those who had a lawyer advocating for their behalf.

Can I afford an injury attorney for my bicycle accident claim?

Your lawyer will be paid on a contingent fee agreement in most injury accident cases. Your accident attorney will keep a percentage of the final settlement from your bicycle crash injury case. The portion will be discussed with you beforehand so there is no misunderstanding about the legal fees. The agreement will state that your attorney will work on your case in exchange for the percentage outlined in the contract.

If you were injured in a crash as a cyclist and have questions regarding your potential claim, contact our Rocklin bicycle accident lawyers at (916) 921-6400 or (800) 404-5400 for free, friendly advice. We have handled cases like yours and can help you through this difficult time.

Our law firm has served the Rocklin and Northern California communities since 1982, helping people wrongfully injured in bicycle accidents and their families recover.

Editor's Note: This page has been updated for accuracy and relevancy [cha 12.9.22]