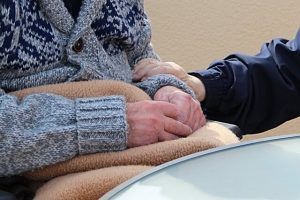 It is a fear that any loving child has when it comes time for a parent to enter a nursing facility or assisted living center.  Will my loved one be mistreated?  Most often, the fear is that staff will be unkind - when we hear the term “elder abuse,” we likely think of mistreatment by employees of the facility.  While those scenarios certainly do exist, another problem that exists is resident-on-resident abuse.

If your loved one has been injured by violence perpetrated by another nursing home resident, the facility may bear legal responsibility for the failure of the staff to prevent the attack.  Most of the time, such an attack is foreseeable based on the attacker’s past behavior or medical and/or psychological diagnoses.

An attorney with expertise in the area of nursing home abuse is essential if your loved one has suffered injuries at the hands of another resident.

The presence of two concepts will be investigated in any lawsuit against the nursing facility for failure to protect its residents.

When working to prove such concepts that will result in the legal responsibility (liability) of the facility, the discovery of evidence is crucial.  It will be necessary to thoroughly review records and take depositions of employees to reveal inadequacies in the handling of residents with violent tendencies.

Legally, there is a big difference between when an employee of the nursing facility commits an assault, and when the violence is committed by another resident.  Generally, there will be no viable civil claim directly against the violent resident, not only because there are likely no assets to recover, but also because the violence is often the result of cognitive deficits, which would eliminate the assailant’s legal capacity and responsibility.  Because there is no willful intent when the assailant is legally incapacitated, the assault would be classified as an accident.  Nursing homes are required to protect their residents from accidents.  In cases of resident-on-resident assault, one must investigate whether a viable civil action exists against the facility for its failure to prevent the assault and injuries and to provide a safe place for its residents to live.

Perhaps the most critical evidence in such a case will be that which shows that the facility knew or should have known of the risk presented by the assailant.  Establishing that knowledge will require a thorough analysis of the assailant’s records in possession of the facility.  Those records, which are protected by the Health Insurance Portability and Accountability Act (HIPAA), can be obtained in litigation via subpoena and court order because they are relevant in establishing nursing facility negligence.  Any records documenting prior incidents  - especially those involving violence - will be key.  The aggressive behavior could be toward other residents, or staff, and could include verbal assaults and abusive language in addition to prior physical aggression.

In addition to prior incident reports, other information that will be important to obtain through the discovery process includes:

A study completed in 2014 by a partnership of Cornell University and Weill Cornell Medical College looked at ten nursing home facilities in the state of New York in order to investigate the prevalence of misconduct between residents of nursing homes.  The study determined that for every four weeks, one out of every five residents in the subject facilities had been involved in at least one aggressive interaction with a fellow resident.  The study found that the resident-on-resident abuse problem had been growing under the radar for years, and it was not yet adequately addressed.  The abuse documented in the study took many forms.  Physical assaults, verbal abuse, inappropriate sexual conduct, and unwanted entry into a resident’s room were some examples.

Likely Assailants and Those at Risk for Victimization

Studies have shown that seniors afflicted with early dementia are more prone to engage in verbal abuse.  The behavior is part of the manifestation of the condition - early dementia symptoms include verbal outbursts and aggression.

The residents at greatest risk of being victimized are those that are cognitively vulnerable and frail.  Victims are more frequently female than male and 80 years of age or older.  As is the case with other types of domestic abuse or sexual assault, the victims are often reluctant, afraid, or in some cases, incapable of reporting the incidents.  They may fear retaliation, or they may not have the cognitive ability to make a report.  Families should be aware of the following symptoms which could be indicative of mistreatment:

It can be difficult to identify resident-on-resident mistreatment in a nursing facility. Bruising and changes in cognition are side effects of many common medications.  Behavioral changes can be caused by the progression of certain conditions.  It is essential to be on the lookout for signs, and if any mistreatment or abuse is suspected, it should be reported to the California Adult Protective Services agency. Communication with other residents may help you determine if mistreatment or abuse is happening to your loved one. Nursing home management should promote programs that encourage residents to report incidents of violence and allow for anonymous reporting.

Preventing Elder Abuse - What the Family Can Do

Open and frequent communication with your loved one is the best way to protect him or her. A trusted relative could consider taking control of the resident’s finances so that they are not vulnerable to financial exploitation. Have regular talks with your loved one about what to do if another resident is inappropriate or abusive.  When proper precautions and oversight are in place, seniors in a nursing facility can still have a positive quality of life.  Every effort must be made by nursing home staff and family members to minimize the risk of elder abuse.

Preventing Elder Abuse - What the Facility Should be Doing

Watch the following video produced by the National Consumer Voice for Quality Long-Term Care, bringing attention to the prevalence of resident-on-resident abuse in nursing home facilities.

The laws governing elder abuse cases are complex and change frequently.  Making sure that your family retains an experienced Sacramento nursing home negligence attorney is crucial in such a matter.

My law firm is committed to protecting the legal rights of elderly patients.  We understand the pain an abusive situation can bring to a family.  I  have assisted families throughout the Sacramento area and the entire state of California for nearly four decades.

If you or a member of your family has suffered abuse by a fellow nursing home resident, reach out to our Sacramento Nursing Home Abuse Lawyers for compassionate, free, and friendly advice.  Contact us online or call us at (916) 921-6400 to arrange a no-obligation consultation.

Image by Gundula Vogel from Pixabay