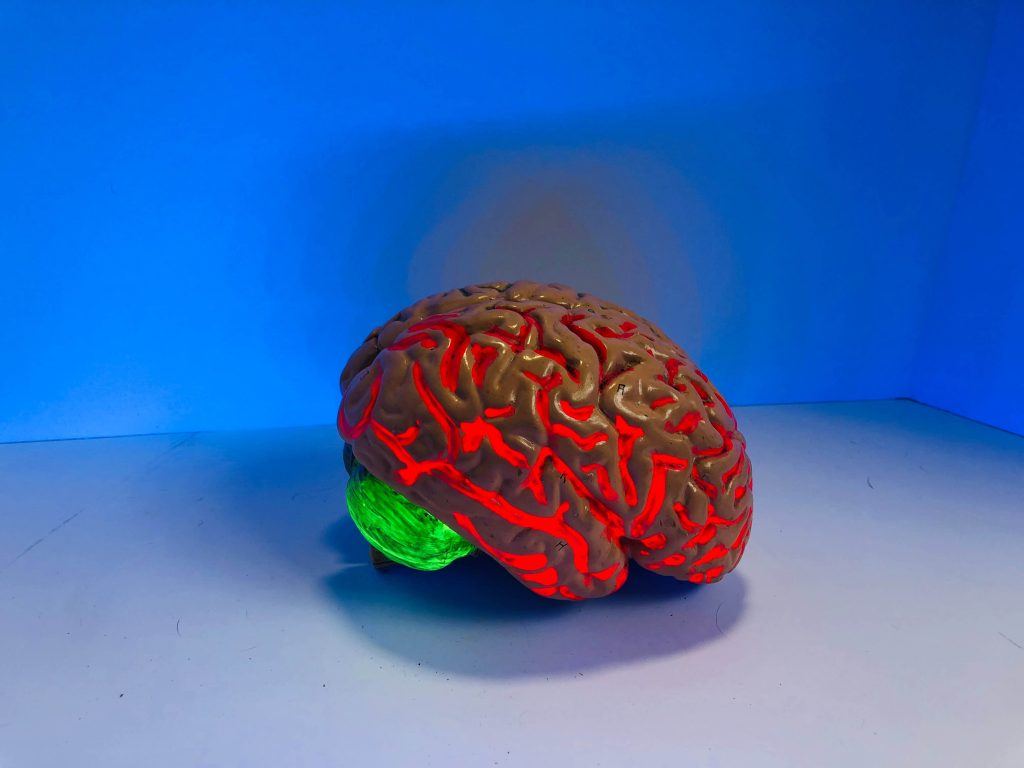 About 230,000 people with traumatic brain injury are admitted to the hospital and survive until discharge. About 90,000 of these are left with long-term disability from these injuries every year.

Causes of a Traumatic Brain Injury

The primary mechanisms of injury are either a direct blow to the head or an acceleration-deceleration injury. Generally, direct blows to the skull will cause the classic coup-contrecoup injuries in which there is an injury to the area the brain was struck at and to the opposite side of the injury due to sloshing around the brain in the skull.

Injuries from motor vehicle accidents are usually of the acceleration-deceleration type. The lesions tend to be more in the frontal, inferior frontal, and temporal lobes. Rotational forces often coincide with these types of injuries, resulting in twisting the cerebral hemispheres and damage to the core brain structures. This is called diffuse axonal injury.

After a severe traumatic brain injury, there are several changes at the organ and molecular levels. Cerebral blood flow is often reduced, and autoregulation of the pressure inside the brain is impaired. There is increased permeability of the blood-brain barrier so that inflammatory molecules and oxygen free radicals contributing to ongoing brain injury after the trauma has occurred.

Outcome After a TBI

Outcome after traumatic brain injury ranges from death to complete recovery. Time to maximal recovery may range from a few days to a few years, depending on the severity of the injury and the type of function in question.

There are several measures of diffuse brain injury. In the beginning, the Glasgow Coma Scale is used to define the extent of the injury. This scale assesses eye-opening, verbal response, and motor response with scores ranging from 3 to 15. Severe injuries involve scores less than or equal to eight. Moderate traumatic brain injury is considered when the Glasgow Coma Scale is 9-12, and a mild traumatic brain injury occurs when the score is greater than 13.

Measures of the duration of impaired consciousness are better predictors of outcome than measures of depth of coma such as the Glasgow Coma Scale. These measures include the amount of posttraumatic amnesia that can be determined after the fact or at the time of injury. Time to follow commands is the time from injury to the time when the patient can follow simple commands consistently.

Early somatosensory evoked potentials (SEPs) can be useful in predicting prognosis from a traumatic brain injury. Those patients with a TBI who have absent median nerve responses have only a five percent chance of awakening, and those that do awaken will often have a severe disability. On the other hand, normal median nerve SEPs suggest a 69 percent chance of awakening.

Because of the widespread nature of traumatic brain lesions, motor control can be affected at multiple levels, resulting in a mixed picture of movement disorders. Spasticity tends to present with a more mixed picture than that seen after more localized injuries of the spinal cord. The classic description of spasticity seen in brain injuries includes enhanced stretch reflexes, released flexor reflexes in the legs, a loss of dexterity, and weakness.

The presence of high motor tone and other movement disorders is highly correlated to the severity of brain injury. For patients with a severe enough brain injury to require admission to an inpatient rehab unit, the prevalence of spasticity may be as high as 84 percent. Tremors may be seen in up to 10 percent of patients with severe traumatic brain injury. Other manifestations of movement disorders include balance difficulties, chorea, tics, and Parkinsonism.

Treatment for these disorders depends on the functional impact of the disorder and the point in time of recovery from the traumatic brain injury that treatment occurs. Spasticity and movement disorders that do not result in functional impairment do not need to be treated. Physical therapy modalities such as serial casting and splints, ice, stretching, and functional mobilization are important as first-line treatments. Medications can be given for spasticities, such as baclofen, diazepam, tizanidine, and dantrolene. They have side effects, however, that include sedation and cognitive impairment. Other treatments for spasticity include injections of alcohol and phenol, as well as botulinum toxin injections and the use of intrathecal baclofen pumps.

Apraxia is another complication of a traumatic brain injury. This is the inability to perform skilled and purposeful limb movements and is associated with damage to the left frontoparietal hemisphere in right-hand dominant persons.

Low sodium is common after an injury to the brain. It can show up as altered mental status, seizures, or dehydration, requiring monitoring the electrolytes after moderate to severe traumatic brain injury. There are three diagnoses to be considered: 1) syndrome of inappropriate antidiuretic hormone secretion (SIADH); 2) cerebral salt wasting syndrome; and 3) acute adrenocortical insufficiency. SIADH results from a primary dysregulation of water metabolism with increases in extracellular fluid osmolality that results in the release of antidiuretic hormone. Acute adrenal insufficiency can cause both deficits in epinephrine/norepinephrine and cortisol levels. These conditions tend to be temporary in patients with traumatic brain injury.

Pituitary dysfunction is probably more common than realized by most clinicians. The symptoms are nonspecific and include malaise, anorexia, weight loss, lethargy, nausea, seizures, hypotension, hypoglycemia, and hypothermia. Patients at risk for this problem are usually those who have had a skull fracture to the base of the brain. The incidence of pituitary gland dysfunction is probably between 57 and 59 percent.

Disorders of the Senses

There can be visual problems after a traumatic brain injury. About 59 percent of those admitted to a rehab facility had some kind of visual problem. Often, formal evaluation of the visual system is impossible early after the traumatic brain injury because the patient cannot cooperate with testing. The caregivers must look for clues such as inattention to parts of the environment, past-reaching, and odd head postures. Some of the visual problems can be corrected with prisms to partially correct problems. Surgery for cranial nerve palsy is sometimes used as well. There is also vision therapy that uses practice and training in visual tasks to improve visual processes.

Dizziness and impaired balance are common concerns after a traumatic brain injury. This can be due to benign positional paroxysmal vertigo that follows changes in head position. It results from free-floating debris in the inner ear and usually involves both ears.

Taste and smell can be affected. Olfactory dysfunction may be more common than is realized after a traumatic brain injury. Forty percent of those undergoing formal evaluation of their olfactory function had no awareness that they had disabilities in this area. The actual incidence of this problem is up to 56 percent. The severity of the trauma appears to be related to these disorders of smell. Few patients actually regain the normal ability to smell.

Certain risk factors predispose patients to get posttraumatic epilepsy. These include penetrating injuries, bilateral bruising of the brain, and a skull fracture with fracture fragments penetrating the brain's lining. The higher severity of the injury, older age, early seizures, and multiple neurosurgery procedures seem to predict the incidence of post-traumatic epilepsy.

When a patient has a severe traumatic brain injury, peripheral nerve and limb fractures may be diagnosed late because of the patient’s inability to communicate pain. About 10-34 percent of all traumatic brain injury patients have injuries to their peripheral nerves. Risk fractures include having a long bone fracture, improper positioning, casts, surgery, and spasticity.

Extra bone formation in soft tissues is common after a traumatic brain injury. Risk factors include having a severe traumatic brain injury, spasticity, or surgery near a joint. Areas commonly affected include the hips, elbows, shoulders, and knees. Signs of this occurring include local swelling, decreased range of motion around a joint, and systemic signs, such as a fever. A bone scan can identify if this condition has occurred. The only way to treat it is to remove the extra areas of bone once the bone matures.

Emotional and behavioral difficulties are common after a traumatic brain injury, even when physical findings are not present. These are major barriers to the social roles and responsibilities of the patient. Problems can include difficulties in awareness of deficit, impulsivity, lack of inhibition, and lack of empathy or concern for others. They may have a flat affect, make inappropriate comments, or have uncontrolled laughing or crying.

Apathy is common and includes a reduction in goal-directed behavior as a result of a lack of motivation. It usually follows a frontal lobe injury. Various drugs can be used to control these abnormal behaviors.

Depression is another sequela of traumatic brain injury. The incidence of depression in the first year is about 30 percent. Anxiety can also be a factor in this condition, as can aggressive behavior or irritability. Depression can increase the risk of suicide but also can diminish the quality of life. Many respond to antidepressant therapy and counseling.

Other problems after traumatic brain injury include alcohol and drug abuse. These disorders typically are present before the injury and persist after it. Posttraumatic stress disorder is another common complication of TBI. PTSD often occurs along with depression. Some traumatically brain-injured patients can also develop psychosis.

In the following video below, Angela discusses her brain injury rehabilitation at Helen Hayes Hospital.

See our client reviews on Yelp, Google, Avvo, and past verdicts/settlements.

Photo by Natasha Connell on Unsplash