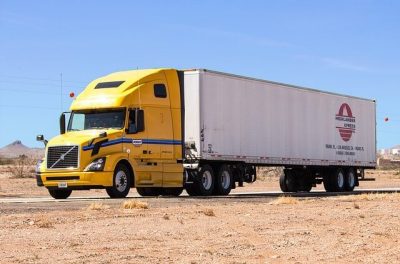 Redding, California, is situated along two major trucking routes - Interstate 5 and State Route 299 - in the northern part of the state. Because of the city's proximity to these commercial corridors, Redding motorists share the highways with many big rigs daily. Unfortunately, that means that area residents are involved in their fair share of truck accidents.

Accidents involving huge commercial trucks often result in massive property damage and severe injuries. If you were injured in a serious truck accident, it is essential to call an experienced and skilled Redding truck accident lawyer to protect your legal rights and maximize your financial recovery. Contact our accident attorneys at (530) 392-9400 or (800) 404-5400 for a free consultation.

When traveling around the Redding area, it is a good idea to use caution in the regions where truck accidents often occur. In addition to Interstate 5 and State Route 299, other areas in Redding are at risk for crashes. It probably goes without saying that the streets with the highest risk for traffic collisions are large roads that house several businesses.

Though it may be the carelessness of the passenger vehicle driver that causes the collision, in many cases, it is negligent action by the truck driver or trucking company that results in a crash. Here are some factors that are frequently seen when investigating the cause of trucking accidents:

Given the physics - a vast, heavy vehicle coupled with highway speeds and impact forces - truck crashes can cause severe, even fatal, injuries. Below are some of the most common injuries sustained in such a collision:

In addition to the above, if the injured person was married, their spouse may be entitled to loss of consortium damages, compensating for the accident's negative effect and resulting injuries on the marital relationship.

If the accident caused fatal injuries, the decedent's heirs might file a wrongful death claim for economic and non-economic damages.

How to Choose an Experienced Attorney for a Truck Accident Case

Taking on a large trucking company in a legal case is a complex and complicated endeavor, and it is not advised that one goes about it on their own. The insurance company for the trucking company will have high-paid attorneys fighting against your claim. To protect your rights and ensure that you are compensated fairly, it is essential to retain an experienced Redding truck accident lawyer.

Below are some questions to consider when researching whether an attorney is right for you:

The YouTube video below discusses some differences between truck and ordinary car accidents.

For nearly four decades, our Redding truck accident injury lawyers have assisted injured Redding residents in getting the compensation they deserve. Following a severe truck accident, we know that your injury recovery is the primary goal. Having us handle the legal portion of your claim will allow you to focus on your return to good health. For compassionate, free, and friendly legal advice, call us at (530) 392-9400 or (800) 404-5400.

Editor's Note: This page has been updated for accuracy and relevancy [cha 9.8.22]

Image by fkevin from Pixabay