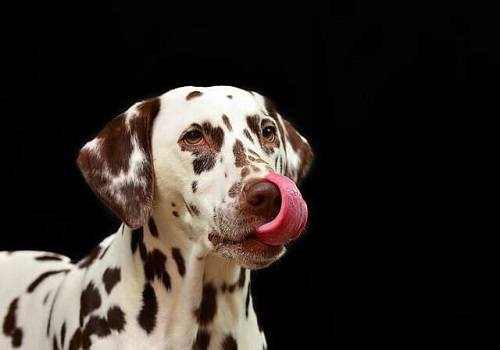 Imagine taking a walk in your Redding neighborhood and suffering a dog bite from an unleashed pet. You end up in the emergency room, require extensive treatment, and now face mounting medical bills in addition to the emotional and psychological trauma of the attack.

More than 4.7 million people in the United States are bitten by a dog every year, and California leads in many bites. However, fewer than 1 percent of people injured by a dog bite are compensated. This is why you need an experienced Redding personal injury lawyer by your side if you suffer a dog bite because even a mild injury can result in infection.

Obviously, those who suffer dog bite injuries and don’t report them are not usually reimbursed for their expenses. Even though in California, under Civil Code 3342, a dog owner is liable when their pet attacks and injures another person, although the animal never attacked anyone before. Settlements, except for extreme injuries, are often settled with the owner’s insurance company. According to the Insurance Information Institute, in 2018, companies paid out around $675 million in claims nationwide that year. California showed the largest number of claims with an average insurance company payout of $45,543. However, an insurance company commonly offers an initial settlement offer of between 10 and 20 percent of what they would receive if they had a lawyer.

Tips After Suffering a Dog Bite

Although a person who has been bitten by a dog may think they can handle the problem themselves, using a Redding personal injury lawyer is a better idea. One of the problems is that the bitten person has no idea what to say to the dog owner to settle a claim and doesn’t know how much they should be paid. After all, if medical care is needed, it is probably unknown what the total expenses are. Also, the dog owner may accuse the injured person of being at fault in the dog attack or precipitating the incident to avoid liability.

Enlisting the help of dog bite lawyers in Redding who are experienced in handling canine attacks is more efficient and causes less stress to the injured person. In the case of a family member or friend involved, the lawyer can handle the case with this in mind, explaining that no ill will is involved in the claim, just fair compensation that is mutually agreed upon.

There are several reasons why people do not place a claim against a dog owner after being bitten. However, if a bite is severe, requires medical attention, and isn’t the household pet, it makes sense to seek financial compensation with a Redding dog bite attorney. This can prevent the financial stress of facing lost wages, medical expenses and reimburses the injured person for their pain and suffering. Some of the reasons people do not file a claim include:

Where Most Attacks by Dogs Occur

One hundred dog bites happen every hour in the United States, and half of bitten are children. In 2018, an elderly woman from Mount Shasta was killed in her home after being attacked by a family dog. Her daughter was injured by the dog when she attempted to intervene in the attack to prevent the fatality. A male roommate managed to pull the dog off, but it was too late to save the older woman. The majority of dog bite injuries occur:

How a Lawyer Helps in a Redding Dog Bite Injury

My law firm is experienced in handling dog bite cases and can help you get the compensation you deserve. Our investigators begin by visiting the accident site and talking to witnesses to the incident. They may talk to neighbors, the postman or UPS drivers, and others to see other signs that the dog was aggressive. The investigators also speak to the dog’s veterinarian to assure the animal was fully vaccinated and whether the vet and office staff had problems with aggression in the dog.

Once the evidence has been obtained, our lawyers take over to negotiate for you with the insurance company. In severe injury cases, it may be necessary to take the matter to court to get appropriate compensation to pay for all of your expenses. As always, you owe nothing until the case has been won.

The following video explains why you should consider hiring a lawyer for your dog bite claim.

If you were bitten by a dog, you might be able to obtain compensation for your injuries. Call our experienced Redding Dog Bite Lawyers at (530) 392-9400 or (800) 404-5400 for our free and friendly advice. We can also be reached by filling out the message form online.

See our client reviews on Google, Yelp, and Avvo and the verdicts and settlements case history.

Editor’s Note: This page has been updated for accuracy and relevancy [cha 9.2.21]