Why is this important?
Home
Resources
Radiofrequency Ablation 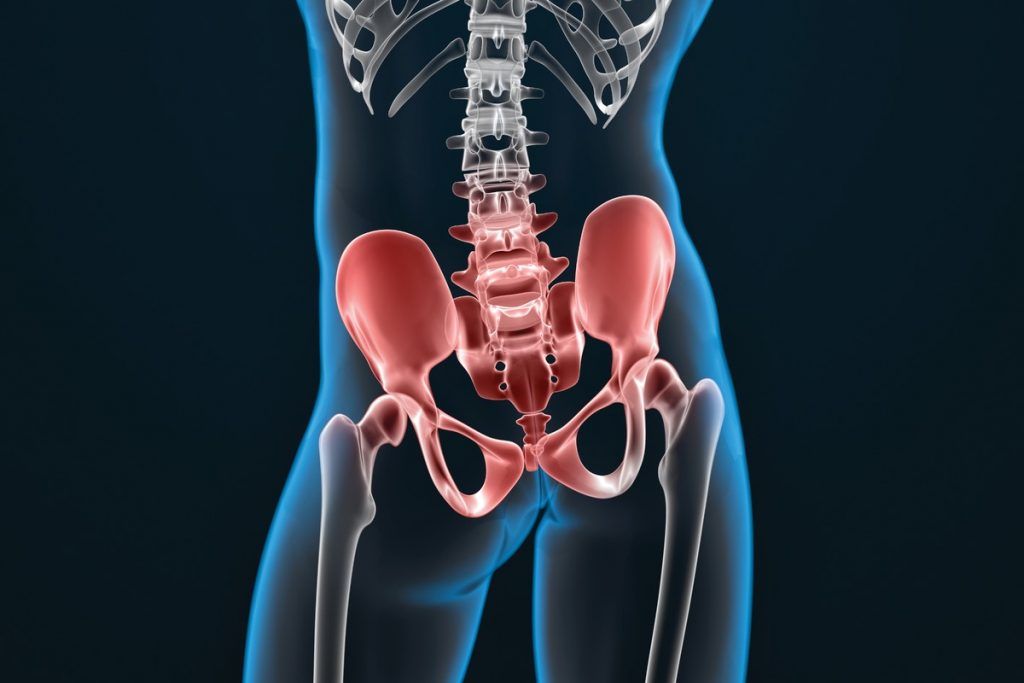 In this article, we explore what RF is and how it can be used as an optional treatment for patients who are experiencing chronic pain.

What is Radiofrequency Ablation?

Radiofrequency ablation (RF ablation) is a type of medical procedure in which heat is generated in order to destroy parts of the body that are not wanted.  Examples include the ablation of part of the electrical conduction system of the heart or ablation of a tumor or mass within the body.

Historically, low-frequency AC or DC electricity was used but the patient needed to be under general anesthesia. RF ablation is a better procedure and has been in use since the late 1990s. RF ablation is used under the guidance of imaging techniques like CT scanning, plain film x-ray or ultrasound.

RF ablation can be used to reduce pain.   An electrical current is created by radio waves to heat up a bit of nerve tissue, killing off the nerve and decreasing the pain signals that would have been generated by the nerve.

RF ablation is sometimes used to help people chronic neck pain or low back pain as well as the degeneration of joints in patients with serious arthritis.  Pain relief can happen and last for at least six to twelve months.  In some cases, pain relief can last for many years.  It is estimated that more than 70 percent of patients treated with RF ablation achieve relief of pain.

RF ablation has been shown to be perfectly safe and effective when it comes to treating certain types of pain.  Most patients tolerate the procedure very well with few complications.  The main risks are infection and bleeding which occurs at the insertion site.  Bleeding complications are worse in patients who have clotting problems.  The main side effect you’ll find in RF ablation is patient discomfort, bruising and swelling at the site of the ablation; however, this passes after a few days.

RF is contraindicated in patients who already have an active infection or if you have an existing bleeding problem.

The patients who go for RF ablation tend to be those who have had epidural steroid injections, sympathetic nerve injections, and facet joint injections.  They want more long-lasting pain relief.  With RF ablation, pain relief can last longer, in some cases more than a year.

There are several types of chronic pain problems that can be treated with RF ablation. One of them is chronic spine pain, including spondylosis or spinal arthritis.  Others include post-traumatic pain, such as whiplash injuries, pain following spinal surgery and other conditions of the spine.  Neuropathic pain syndromes like complex regional pain syndrome (reflex sympathetic dystrophy), peripheral nerve entrapment problems, and certain other pain disorders.  It is the diagnostic nerve block that determines exactly where to ablate the nerve or nerves affected.  If the pain has not diminished after a diagnostic nerve block, either the nerve block was in the wrong place or, more likely, the person just isn’t a good candidate for AF ablation of the affected nerve.

The procedure is not terribly painful to have.  In fact, it is similar to other injection procedures the patient has likely already had before.  Mild sedation is used to help the patient relax but it is not an absolute requirement.  Rarely would any type of deep sedation be used.  The pain in the neck or lumbar region tends to be greater for a couple of days after the procedure and after that, it begins to improve.

There are some things you must do in preparation for your radiofrequency ablation procedure. These include:

After the procedure, you will have someone drive you home where you will rest and relax.  If you have pain where the needle was injected, apply an ice pack to ease the pain.  If the doctor used sedation, you cannot drive until the following day.  Many patients go back to work the next day but you need to decide your level of pain and discomfort as to when you return to your workplace.

Other Medical Uses of Ablation

RF ablation is used to treat lung tumors, kidney and liver tumors, and bony tumors.  When the diagnosis of a tumor is established, a needle-like RF ablation probe is directed into the heart of the tumor.  Radiofrequency waves are passed through the probe and begin to heat up the temperature within the tumor or tissue to be destroyed.  The heat destroys the tumor.  RF ablation can be used to treat the small tumors that are located within the primary organ or treat any small metastases within the body.  It is an outpatient procedure that has few complications; however, some people need to be in the hospital, depending on symptoms and the location of the tumor.

Interestingly, RF ablation can be combined with the giving of local chemotherapy at the site of cancer.  The heat from RF ablation is given first.  It causes heat-sensitive liposomes to send out concentrated chemotherapy around the area that was heated.  This is a common procedure done for liver cancer, pancreatic cancer, and bile duct cancer.

Radiofrequency ablation is used to destroy any type of abnormal electrical pathways that are causing an abnormal heart rhythm.  It is used to treat recurrent atrial fibrillation, atrial flutter, supraventricular tachycardia, certain types of ventricular arrhythmias and atrial tachycardia.  The probe enters the heart via a vein.  In these types of procedures, the catheter is known as the ablator.

The heart is mapped to find different electrical areas.  An electrophysiological study is what’s used to find the abnormal part of the electrical heart.  This area is treated with radiofrequency waves and the abnormal electrical part of the heart is destroyed.  In atrial problems like supraventricular tachycardia, atrial flutter, and atrial fibrillation, a pacemaker is used to block the conduction of the left atrium and the AV node is burned with the heat of RF ablation.

In some cases, a coolant is passed through the catheter to freeze the affected area of the heart.  This can prevent the outcome of a complete heart block, which can happen if heat is used in RF ablation.  The rate of recurrence of the arrhythmia is higher when the coolant is used than when RF ablation is used. Microwave ablation cooks the tissue with microwave energy. It can be used on the heart as well as ultrasonic ablation, which uses vibration to heat the tissue and laser ablation is also used but these are newer procedures not in common use.

RF therapy can be a good, minimally invasive technique used in the management of varicose veins.  It is much less invasive than the usual treatment for varicose veins, which is vein stripping.  The procedure uses ultrasound in order to insert the RF ablation probe into the varicose vein.  The vessel is heated with radiofrequency waves so that the vein is obliterated.  It can be used on the great saphenous vein, the perforator veins, and the small saphenous vein.  Branch veins that are varicose are instead treated with sclerotherapy, foam sclerotherapy, and ambulatory phlebotomy.  When it comes to perforator veins, RF ablation is the only procedure allowed by the FDA to treat.

There is the possibility of burning the skin in a varicose vein procedure but the risk is very small. About 500 ccs of dilute lidocaine are injected into the vein before the RF ablation.  This helps prevent skin burning because of the large amount of liquid lidocaine acts as a heat sink to lessen the risk of skin burning.

The treatment of varicose veins with RF ablation is extremely successful in the vast majority of procedures and there is a low chance of any type of complication.

This type of RF ablation is also called a rhizotomy.  It is a procedure used to treat severe and chronic lumbar pain.   The radio waves in this procedure are producing heat at the level of nerves around the facet joints located on either side of the spine in the low back.  The heat from radiofrequency waves are used to destroy the sensory nerves, ablating the tissue.  The nerves that will eventually be ablated need to be identified first.  The doctor needs to inject the various nerve areas with a local anesthetic injected into the nerve to see which injection results in pain relief.

The patient is given a sedative and then a catheter is placed into the esophagus.  Radiofrequency waves are used to ablate the precancerous cells.  The procedure lasts about 15 to 30 minutes.  After the procedure (about two months later), the doctor inserts an endoscope to see if there is any evidence of Barrett’s esophagus.  If there is residual tissue, it retreats with another round of RF ablation.

RF ablation can be used in radiofrequency destruction of veins in an area where invasive surgery is contraindicated, such as in a trauma situation.  This type of energy can also be done in partial liver resection.  It is used to stop the bleeding areas during the procedure and to make the resection process safer for the patient.

The ablation process is also used for the TRAP sequence with pregnancies who have multiple gestations. It is used to save the “pump” twin when there are complications with the vasculature of the two twins.

RF ablation can be used to get rid of uterine fibroids.  The heat of the ablation equipment is successful in ablating the fibroids. The device has only recently been approved by the FDA.  It is inserted through a laparoscope, which guides the ablation part of the device to the fibroid tissue, where it is ablated.

In the following video, Dr. Jay Hurh with Advocate Medical Groups-Pain Management discusses how radiofrequency ablation can be an option for chronic pain patients.

Photo by Stock UP

Editor’s Note: This page has been updated for accuracy and relevancy [cha 10.8.20]