Why is this important?
Home
Resources
The Tricks Insurance Companies Play and How We Deal with Them
The Insurance Industry and Individual Companies
Progressive Insurance 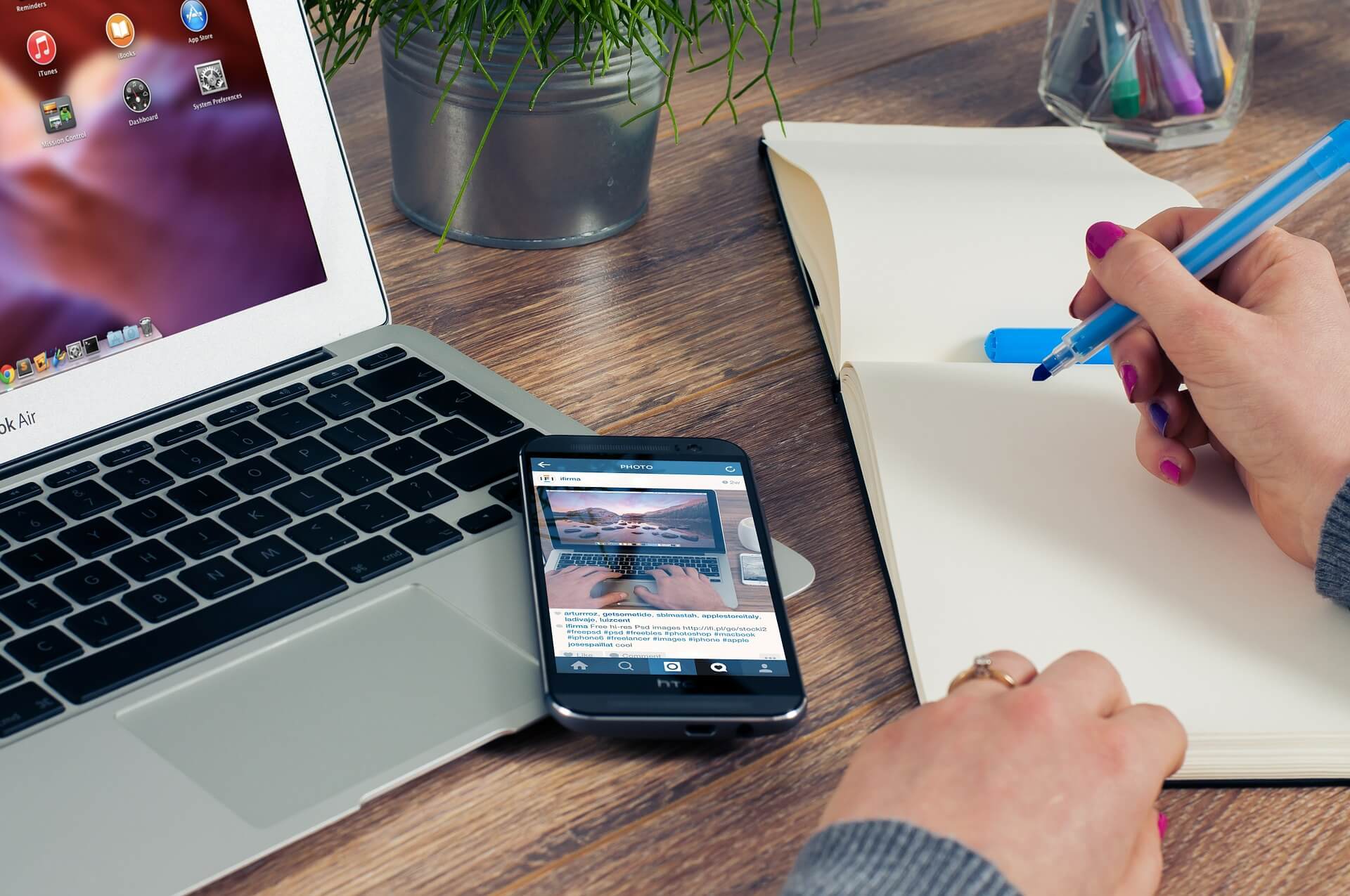 Progressive has a large advertising budget that has had several different ad campaigns over the years, but the most recognizable in recent years have been the ads featuring “Flo” and her friends and alternate identities.

Progressive has tried to be true to its name by providing innovative services such as direct sales by phone and sales by internet websites earlier than most of its competitors, as well as mobile applications for policy comparisons and claims reporting.

Who is Progressive Casualty Insurance Company?

With about $27 billion in automobile insurance policy premiums in 2018, Progressive Insurance was ranked as the third-largest auto insurer in the United States by the NAIC, an organization of state insurance commissioners, only surpassed that year by the “good neighbor” and “gecko” insurance companies at #1 and #2 in size, respectively.  Progressive Insurance offers some products in home insurance and professional liability insurance, but its auto insurance premiums made up about 90% of its revenues in 2018.

Progressive was founded in the 1930s but remained small until a change in ownership and a change in marketing strategy – a decision to focus on selling auto insurance policies to high-risk drivers – in the 1960s started a period of rapid growth.  In recent years, it has focused on more mainstream customers than just the high-risk market.  The company is headquartered in Ohio and now employs about 35,000 people.

What Are Some Claims Practices of Progressive Auto Insurance?

Although the repaired vehicle may be operable after the repairs, it may also have lost much or most of its resale value as a result of the damage. The difference between its normal resale value for its age and mileage and the lesser resale value after repairs is the amount of “diminished value,” which can be claimed as part of a property damage claim.
Progressive apparently was alleged to have improperly resolved diminished value claims in the early 2000s and ended up the target of a class-action lawsuit for diminished value cases in the State of Georgia.
Many auto insurers will also develop networks of “preferred” auto body shop toward whom they try to direct claimants for vehicle repair work.  In California, vehicle owners can select an auto body shop of their choice to repair their vehicles. However, the insurer paying for the repair charges can argue the reasonableness of the estimate and bill. It can also pay discounted rates if a first-party claimant uses a preferred body shop.  Insurance companies have a few different reasons for doing this.
First, by having a “you scratch my back, I’ll scratch yours” arrangement with the body shops, both can profit -- the body shops have a steady source of work being referred from the insurance company. The insurance company benefits from discounted repair costs charged by their preferred vendors.
Second, if there is a personal injury claim associated with the same incident that caused the vehicle damage, the insurance company can tangentially benefit from a smaller repair bill that may suggest a less severe impact translating into less severe injuries. Progressive found itself the target of a class-action lawsuit in Ohio that alleged the company went so far as to add unlicensed body shops to its preferred vendor lists.
Like most major auto insurance companies that use one or another type of computerized claim evaluation system that tries (and usually fails) to appropriately value individual personal injury claims, Progressive does so as well. One of the main failing points of the software programs is their inability to value the non-economic, “general” damages such as pain and suffering, and the overall impact of injuries on a claimant’s daily life. Progressive Insurance uses a software program called “Decision Point” to perform these evaluations of claimants’ medical bills, and this landed them in a lawsuit in federal district court alleging a “massive scheme” to under-reimburse policyholders and their medical providers by use of the Decision Point system.Autoaccident.com Cases, Settlements & Verdicts Against Progressive Insurance

Not long ago, our office resolved a claim against Progressive Casualty Insurance Company for a client – a woman in her early 30s – who was injured in a moderate force impact on an interstate freeway exit ramp. While stopped in traffic on the highway offramp, she was rear-ended by a vehicle traveling approximately 15 – 20 miles per hour at impact.

The responsible driver presented evidence of insurance at the accident scene, but when her auto liability insurer was contacted, they confirmed her policy had been canceled. As a result, our client’s claims for vehicle damage and personal injury were presented to her own insurance company – Progressive – under her collision and uninsured motorist coverages.
Our client’s vehicle was an older model, so although it did not sustain major damage upon visual evaluation, Progressive chose to total the vehicle. To get an accurate estimate of what actual repair costs would have been, our office notified Progressive and their preferred body shop to retain the vehicle – to not immediately send it out for disposal – until we could have a professional vehicle damage inspector thoroughly evaluate it.
This helped us to accurately describe the full force of the impact the vehicle (and our client inside it) sustained when we got to the point of a settlement negotiation of our client’s uninsured motorist personal injury claim.
Our client’s primary injury in the auto accident was a concussion, and she also suffered injuries to her neck and back. Most of her treatment was with a chiropractor and with her primary care provider. Although her medical bills were significant, they were not major, and her most troubling complaints were persistent residual symptoms from her concussion.
We consistently demanded settlement for her uninsured motorist policy limits of $100,000. However, Progressive discounted the seriousness and persistence of our client’s symptoms. They offered only a little more than half of the policy limits and would not move further.The Keys to Success

It became necessary to demand uninsured motorist arbitration in the matter to get things moving again.  The early stages of uninsured motorist arbitration are similar to the “discovery” stages in a court lawsuit, with the sides exchanging formal questions called “interrogatories,” exchanging requests for production of relevant documents, and sometimes taking the depositions of the parties involved and essential witnesses.

In our client’s case, two key items helped reach a resolution.  First was a medical opinion from a neuropsychologist – a specialist who studies the relationship between the physical brain and mental processes of behavior, cognition, and emotion.  In our client’s case, this opinion helped verify that her residual symptoms – although not severe – were still remaining troublingly persistent more than a year after the accident.

The second element was our client’s own performance at deposition, where she clearly communicated to Progressive’s attorney the severity of her physical and emotional damages from the accident caused by the uninsured motorist.  We were able to help in this by thoroughly explaining to our client in advance what the deposition process would be so that she could feel more comfortable and communicate effectively.  Shortly after our client’s deposition, Progressive agreed to pay their full $100,000 policy limits.

Knowing which types of experts are most likely to be beneficial to a client’s case – in this instance, a professional auto damage evaluator who substantiated the full amount of damage to our client’s vehicle and a neuropsychologist who confirmed the persistent nature of our client’s symptoms – is a key service that an experienced personal injury attorney can provide to clients.

To find out more about claim tactics by insurance companies, and how personal injury lawyers deal with them, click the links below:

Editor's Note: This page has been updated for accuracy and relevancy [cha 3.15.21]
Image by William Iven from Pixabay