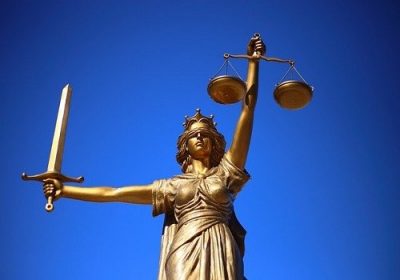 Each year, many individuals are injured due to a home or business owner’s actions or inactions. Lack of security or serving alcohol to a minor are examples of potential liability by the landowner.

The owner of a home or business establishment owes a duty to guests. For a premises liability case to proceed, it is necessary to prove the duty was breached and damages occurred due to the owner’s negligent actions. Let’s look at the responsibilities of the landowner or business proprietor.

Responsibility of a Landowner

All landowners are responsible for two things: They are accountable for their actions or their lack of premises care, leading to another person’s injury. See a few examples below:

In both cases, the owner failed to take proper care to protect their visitors.

Foreseeable risk is a dangerous situation that should be anticipated by a reasonable person. In both of the above examples, the home or business owner did not expect the potential injury or harm resulting from their negligent lack of action. This lack of care can be contrasted with that of a sensible home or business owner’s actions. People who enter a home or business have the right to assume that the premises are safe.

Under California Civil Code 1714, social hosts or businesses that provide alcoholic beverages to an individual are not legally responsible for damages suffered by them due to intoxication. Likewise, the social host or business owner is not liable for damages to a third party injured or killed by the intoxicated person. However, there is one exception.

Dram Shop laws apply to California establishments that serve alcohol. Owners of restaurants or bars that serve alcoholic beverages are not liable for damages caused by someone to whom they provided drinks. An exception is when the drinks are served to a minor.

Business owners are obligated to keep patrons safe from criminal acts on the premises. The question is what a landowner should do if they suspect that a criminal act may occur. The owner might want to take specific steps, such as hiring a security guard or using video cameras.

When such cases go to court, frequent criminal acts in the area may lead to owner liability. The court is responsible for reviewing each case based on the whole of its circumstances. If the business owner had reason to believe that criminal activity was a potential problem, they were responsible for using reasonable methods of protection. Let’s look at a case that highlights this issue.

A plaintiff (the injured party) was shot in a hospital parking lot, where he saw patients as a physician.  The doctor visited the hospital at night, saw his patients, and left less than two hours later. As he was closing his car’s truck, an assailant shot him in the chest, causing him to lose a kidney. The plaintiff and his wife sued the hospital for not taking precautions to protect him and others.

The claim against the hospital said that the institution was negligent in the doctor’s traumatic injury. The lawsuit said the hospital did not provide sufficient security and disarmed the security staff, making it virtually impossible for the three guards to intercede. A security expert said that assaults in a hospital’s emergency area and nearby parking lots were common. Several lights in the parking lot where the doctor was shot were not lit on the night in question.

Ruling by the Trial Court

The trial court ruled in the hospital’s favor. The court said that since no prior crimes of the same or similar nature happened there, reasonable foreseeability was not proven, nor did the plaintiffs show the minimum amount of security that would be needed.

The plaintiffs appealed, asking whether foreseeability may be shown by elements other than similar acts on the premises.  As we said earlier, a business owner should anticipate wrongful acts by a third party if there is a reason to believe they could occur.

Because altercations were frequent in the hospital emergency room area and security was inadequate, it would seem reasonable that the hospital should have taken more precautions. If an owner pays no heed to this possibility and does not take proper precautions, they would be negligent in their duty to those who enter the premises.

In this case, it would be to provide the guards with the means to offer protection and increase the number of guards. Making sure the lights in the area are lit and erecting surveillance cameras are other possible solutions.

Some courts address the foreseeability issue by saying that each case must be decided on its circumstances. Still, others have sided with the idea that the landowner is not responsible for the plaintiff’s injuries without similar instances of harm on the premises.

The appeal was granted in favor of the plaintiff. The appellate court said that foreseeability is not a rigid concept but a flexible one, Previous similar events help establish predictability but are not necessary.

It is crucial to have an experienced lawyer at your side in premises liability cases due to their complexities. Our firm has successfully handled many injury cases due to the lack of concern and care by a landowner.

I’ve helped Sacramentans obtain the compensation they deserve in all types of accidents, brain injuries, and wrongful deaths since 1982.

I am pleased to be a member of the following organizations, among others.

Go to the following pages to learn more about my practice: