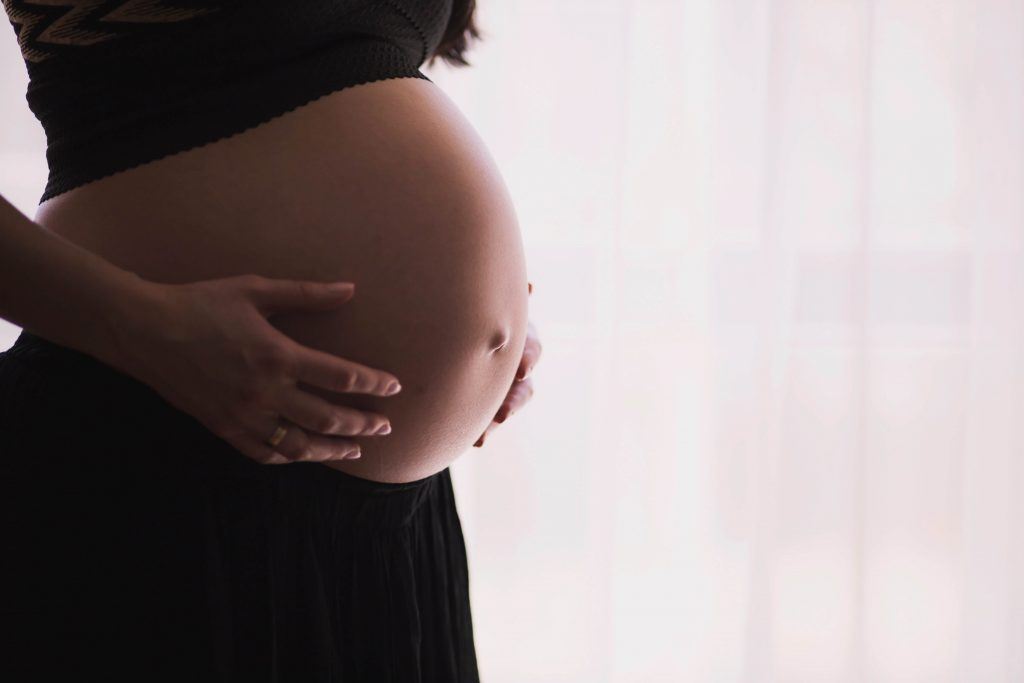 About half of all maternal deaths in the US are due to trauma because not many women die in childbirth anymore.  In pregnancy-related trauma, there are two patients to try and salvage, although this may not always be possible.

The leading causes of pregnancy-related trauma were motor vehicle accidents, falls, and assaults.  Young pregnant women are at a greater risk of injury when compared to older pregnant women.  Complications of trauma include preterm labor, placental abruption (the breaking away of the placenta from the uterine wall), and cesarean deliveries.  Infants born to injured moms were more likely to be preterm at the time of their birth.  The leading cause of fetal death were motor vehicle crashes, followed by firearms, and falls.  Eleven percent of the time, maternal mortality was the cause of the fetal death as well.

Young pregnant women are at a greater risk of suffering from assault-related injuries.  Up to 30 percent of women are abused during pregnancy with fetal death occurring in 5 percent of cases.  The pregnancy-associated homicide rate was 1.7 per 100,000 live births.

Changes in the Body because of Pregnancy

These changes that go on in the pregnant body can affect their outcome in a trauma-related setting.  These include the following:

By the end of the pregnancy, the weight of the uterus increases to one kilogram, up from 60 grams before pregnancy.  Uterine blood flow is significantly increased as the pregnancy advances with dilation of the veins exiting the uterus.  This means that pelvic trauma can lead to a great deal of bleeding.

Assessment and Management of the Pregnant Woman

When dealing with pregnant women before getting to the hospital, oxygenation is important as is the restoration of blood volume so that the blood flow to the uterus can remain intact.  The person must have a wedge placed under the right hip to displace the uterus to the left side for maximum blood flow to the uterus.  Signs of shock may be delayed in a pregnant woman until more than 35 percent of the blood volume is lost because of an expanded blood volume in these patients.   The fetus will be in jeopardy long before that amount of blood is lost.  This means that fluid and blood should be given aggressively in these patients.

During the secondary survey, ultrasound of the chest cavity and abdomen should be done to look for areas of bleeding inside these cavities.  The determination of the fetal age is important when it comes to deciding what to do about the fetus and the mother.  This can be done by examination or by taking a careful history of when the pregnancy first occurred.

The pregnancy must be assessed by evaluating for vaginal bleeding, ruptured amniotic sac or bulging perineum.  Bloody amniotic fluid usually means that the placenta has separated from the uterus and the fetus is getting less than adequate oxygenation.  If the perineum is bulging, it could mean that the fetus is about to be delivered or that a miscarriage is happening.

Patients with these risk factors should be monitored for a minimum of 24 hours to make sure there is nothing wrong with the fetus.

An x-ray should not be withheld if it is necessary to evaluation.  The earlier the pregnancy, the greater is the risk of x-ray exposure to the fetus.  Even so, an x-ray may be required to evaluate the mother.  Plain x-rays usually don’t provide much radiation to the fetus, and CT scanning is only a little bit higher exposure than a plain x-ray.  An MRI can be substituted for a CT scan with low risk to the fetus.

Pelvic fractures are especially challenging.  There can be massive hemorrhaging from the dilated vessels of the pelvic area.  Pelvic fractures in a pregnant mother result in fetal death as high as 35 percent. Some women have gone on to normal vaginal deliveries just weeks after a pelvic fracture.

Fetal injuries can occur even though the fetus is cushioned by amniotic fluid.  Common injuries are those to the fetal head with the head engaged in the pelvis.  If the uterus ruptures, there is usually profound maternal shock with the presence of fetal parts outside of the uterus on x-ray or ultrasound.  Separation of the placenta from the uterine wall usually can be identified by ultrasound and is evidenced by vaginal bleeding and contractions of the uterus.

Brain injuries to the mother can adversely affect the pregnancy because it can change the amount of necessary hormones released by the brain.  Burns are other common injuries to pregnant mothers, especially in developing countries.  Fluid resuscitation must be vigorous, and inhalation injuries must be treated aggressively so that the fetus can get enough oxygen.

In a trauma situation, if the mother presents to the emergency department near death, a Cesarean section should be performed to save the baby.  If the fetus is delivered within 5 minutes of maternal fatality, there is a 70 percent chance of fetal survival.

See our Reviews on Yelp, Avvo and Google.

We are members of the Million Dollar Advocates Forum.

Photo by freestocks.org from Pexels

Editor’s Note: This page has been updated for accuracy and relevancy [cha 5.14.19]

Sumo Sumo
Contact Us
Search
Practice Areas
Client Reviews
★★★★★
"Me and my wife; had a car accident. We were amazed how easy, professional, friendly attorney Ed Smith is along with his staff. Everybody is amazing. Thank you so much, we are very impressed!" Alex & Dinah M.
★★★★★
"Ed Smith and his office team took on a difficult personal injury case on my behalf and for the passenger in my car. Ed is a top- notch attorney. His staff couldn't have been more helpful and kind. No need to look elsewhere. I give Ed Smith my highest recommendation." Beverly
★★★★★
"Ed and Robert have been taking great care of my husband and I for the past 5+ years. They are always there when you have a problem and a quick resolution! Even when the issues have nothing to do with them. They are willing to help ease the pain off your shoulders. They are as good as it gets! Thank you again for everything." Annie T.
★★★★★
"Very professional. Great team, staff and service all around. Mr Smith was very honest, straight forward with his advice. He gives the word "attorney" an honest reputation. I will seek his council anytime, and would recommend him at the drop of a dime." Jeremy M.
★★★★★
"I would highly recommend Ed Smith to any friends or family in need of a personal injury attorney. Ed, and his staff, are very caring on top of being very experienced in this field. The staff always keeps you informed of the status of your case and they are always easy to reach by phone." Shannon D.
★★★★★
"Edward Smith law offices provide competent, thorough, and personable help for victims of personal injury. When you first meet the staff you know you contacted the right office. This law office treats clients like people. I recommend this office to anyone seeking representation regarding personal injury." David M.
View More
Submit a Law Firm Client Review